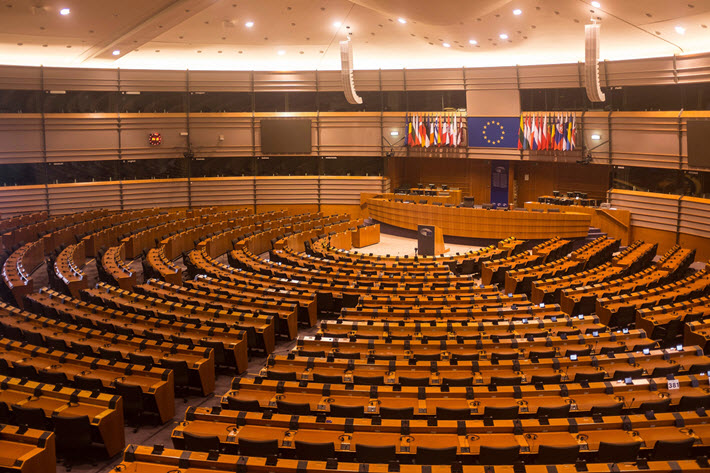 Shortly after the Federation of European Publishers met to hold its officers’ elections, the European Parliament has rejected a copyright framework directive the federation has supported. Another vote will occur in September.

‘The Very Basis of the Creative Process’

The Federation of European Publishers (FEP) has issued today (July 5) a statement of regret “that the European Parliament did not endorse the mandate the members of the Legal Affairs Committee adopted on 20 June 2018.”

The vote to reject—318 to 278—has sent ripples of response across many media Thursday, and a further vote is to be held in September after lawmakers have a chance to propose and debate amendments.

Part of the wide-ranging, long-term effort toward establishing the structure of what Europe calls its Digital Single Market, the copyright directive in question would require technology corporations to monitor and filter Internet content in order to protect copyrights. Emphatically leaning to the side of rights holders, the legislation’s Article 11, as Swapna Krishna writes at Engadget, “would have required sites to pay to link to news organizations or use article snippets, while Article 13 would have required tech companies to check uploaded submissions against copyrighted works.”

As Sam Schechner at the Wall Street Journal (paywall) is phrasing it, the vote today, even if only delaying passage of the bill, is seen as “handing a victory to tech firms that face a broader European effort to rein them in on privacy, taxes, and other rules.”

As the federation notes in its statement, “The discussions mainly concentrated on issues not directly affecting the book industry, [but] copyright is in all cases the very basis of the creative process. It is because our authors are protected by copyright that they can write enjoyable, educational, informative books. We very much hope that when the text comes back to the plenary session, members of the European Parliament adopt a text that will sustain and promote the creative industries of which book publishing is a leading component.”

“The voice of those who make European culture(s) must be heard louder than those of the platforms which want a Net impunity. The Internet should not be a digital far-West where those with the most money and most control over the Internet can decide the fate of EU policies.”Rudy Vanschoonbeek

In other words, the book publishing industries and markets have been watching this so carefully because of their adjacency to creative industries that are more directly involved. As Schechner writes, the main part of the copyright framework’s overhaul is “aimed at granting new rights to news publishers and content owners, such as record labels, in an effort to strengthen their position when negotiating with big tech firms, such as Alphabet Inc.’s Google.”

The federation’s statement indicates that it’s intent on keeping up its pressure.

“With its 29 member associations,” the organization writes, “FEP will continue engaging with MEPs (members of the European Parliament) to achieve a balanced outcome on this crucial legislation.”

The federation’s newly elected president, Flemish publisher Rudy Vanschoonbeek, is quoted in the statement, saying, “The voice of those who make European culture(s) must be heard louder than those of the platforms which want a Net impunity. The Internet should not be a digital far-West where those with the most money and most control over the Internet can decide the fate of EU policies.”

The federation is organizing dialogues with authors and their publishers in Strasbourg for September 11, with Georg Klein, winner of the Bachmann prize, the first announced author participating. At the event in September, the federation says it hopes the discussion will give parliament members a chance to understand why its publisher-association membership sees it important to have “balanced provisions supporting creation.”

Providing some helpful context here, Schechner’s write at the Wall Street Journal describes one effect of the intended legislation to be that YouTube would have “to pay ‘proportionate remuneration'” for works “and take measures to prevent uploads of content for which it doesn’t have a license.”

And news publishers would have the ability to negotiate payments for “digital use” of their content by tech firms—an effort to push back against losing revenue to news aggregators and social media.

At the Independent, Andrew Griffin writes that activists between now and the September vote, “will try to remove the controversial Article 11 and 13” to get rid of what’s called the “link tax” of the first that regards use of news content, and the copyright-monitoring provision of the second.

And at the New York Times, Adam Satariano has a good explanation of the core disagreement, calling it “a fight nearly as old as the Internet.”

On one hand, he writes, “are news organizations, broadcasters and music companies who want to control how their content spreads across the web, and to get paid more for it.

“On the other are tech companies such as Facebook and Google, who argue that they funnel viewers and advertising revenue to media outlets, and free-speech advocates, who say that regulating the internet would set a dangerous precedent and limit access to information.” 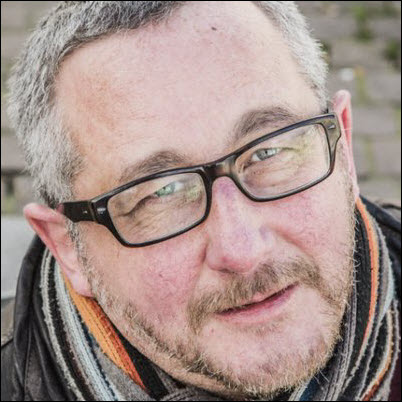 In other news from the Federation of European Publishers in Brussels, its spring assembly was hosted last week in Berlin by the Börsenverein des Deutschen Buchhandels, Germany’s Publishers and Booksellers Association. Meetings were held atAufbau Verlag, Ullstein Verlag, and Dussman Kulturkaufhaus.

In his first commentary as president, Rudy Vanschoonbeek is quoted, saying, “We are facing challenging times now having the copyright directive being voted in the European Parliament, seeking reduced VAT rates for ebooks in all European countries, … on accessibility for visually impaired persons of printed and digital content, presenting the Berlin Manifesto of the publishing industry to the new EP ahead of the election.

“Thanks to my fellow board members and our skilled personnel at the Brussels office we will continue presenting the publishing industry to our stakeholders and/or opponents as a unique and important industry that is to be fostered.”

Here’s a list of the nations the associations of which currently make up the federation’s membership.

More from Publishing Perspectives on the Federation of European Publishers is here.