With its hallmark requirement that expert academic works be readable by ordinary citizens, the 46-year-old Wolfson History Prize this year goes to a book on faith.

Image: From the Wolfson Foundation site

‘Accessible to the Lay Reader’

Peter Marshall, a University of Warwick professor, is the winner of the 2018 Wolfson History Prize.

The honor was conferred on Marshall on Monday (June 4) evening at Claridge’s in London. In winning the award for his book Heretics and Believers: A History of the English Reformation(Yale University Press), Marshall was given £40,000 (US$53,541) and his shortlisted colleagues each received £4,000 (US$5,356). 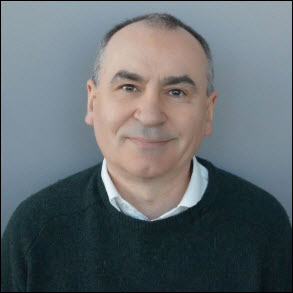 Marshall is an expert in early modern European and British religious belief and practice, and has been with the University of Warwick since 1994. His winning title is based on more than 20 years of research and the author has discussed one of the goals he had in writing the book, that of looking at the faith-based experiences and emotions of ordinary citizens.

In a prepared statement, he’s quoted, saying, “‘A paradox near the heart of my account is that while English people often experienced religious change as coercive and traumatic, the Reformation simultaneously educated and empowered them, and recast the relationship between rulers and ruled.”

He makes the point, in fact, that he’s a historian who’s interested in having an audience that includes the wider consumer base, not just associates in the academic community.

‘What We Thought Was a Familiar Story’ 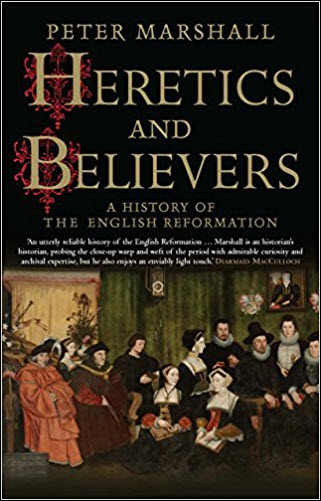 The jurors in the Wolfson Prize this year included Sir Richard Evans. In a statement, he’s quoted, saying, ‘Appearing on the 500th anniversary of Martin Luther’s launching of the European Reformation in Wittenberg, this is a sweeping retelling of what we thought was a familiar story. How wrong we were.

“Covering every level of the lived experience of the Reformation, from the policymakers to the ordinary parishioners in the Tudor countryside, Peter Marshall shows how Henry VIII’s actions opened a Pandora’s box from which violent confrontation and religious diversity emerged to shape the destiny of modern England.”

And speaking for the prize, which this year had more than 150 titles submitted, the Wolfson Foundation’s Paul Ramsbottom says, “The Wolfson History Prize celebrates outstanding, accessible history writing. We offer our warm congratulations to Peter Marshall who joins a remarkable roll call of winners dating back to 1972.

“His wonderful book about the English Reformation is beautifully written, extensively researched and ambitious in its range. It helps us to look at this turbulent, pivotal period in fresh ways.”

Media information notes that this is the second year in which a shortlist has been announced in the Wolfson History  Prize.

Eligibility rules require that authors be living the United Kingdom in the year of a book’s publication, which is the year preceding the award’s presentation. A winner cannot have won the honor in the past and “must have written a book which is readable, scholarly, and accessible to the lay reader.”

More about this year’s full shortlist of six works is here.