Poetry can ‘focus our attention and become a small present (in both senses of the word) in the middle of change,’ says one of the 12 poets selected for the UK’s BBC Local Radio participation in Forward Arts’ National Poetry Day 2018.

‘Mapmakers of the Human Heart’

Those BBC stations across England are starting to issue calls for input from listeners that reflects meaningful change, “from personal changes of heart to changes affecting entire communities over time.” On the UK’s National Poetry Day, October 4, a dozen of the poems that are put forward in response will be broadcast on the BBC for the national audience.

The rationale for this program, as articulated in press materials, is that, “Poets have a special role to play in taking the nation’s temperature, because they notice much that escapes the attention of pollsters and statisticians. They transform: even the most everyday words, when set in memorable poems, take on new resonance and significance.

“The 12 local poets—including young poet laureate for London, Momtaza Mehri, award-winning Yorkshire poet Kate Fox, and the East Midland’s Andrew “Mulletproof” Graves—are tasked with making the most of poetry’s power to change how we see our world” by interpreting the stories and perspectives on change that will be put forward by the BBC regional listeners.

The 12 poets and their BBC Local Radio regional assignments are:

A group of BBC producers are reportedly the people who will make the decisions on which submissions of change-themed content will be made part of the National Poetry Project. The program refers to this content as stories, and the dozen stories selected will then be parceled out to the poet from each respective submissions area, to inspire that poet to create a work for National Poetry Day.

Forward Arts Foundation is the organization behind the project, a charity that’s familiar to Publishing Perspectives readers: we reported in May on the organization’s Forward Poetry Prizes.

‘It Gets to the Truth’

This year’s “change” theme may point to a somewhat more serious approach to the National Poetry Day project.

Last year’s prompt for crowdsourced direction on the creation of the new poems was a call for listeners’ favorite expressions, from “mardy” to “gurt.” This year’s request for input is more narrative and potentially more relevant to the tenor of the times. While asking for stories and ideas about change, the program could, of course, receive many funny concepts, but may also find more submissions that reflect the sense of change as a relentless constant in life today, something that can contribute to insecurity and doubt as well as to positive growth and development.

The leadership announcing the effort definitely seem to have the tone of the times in mind, as evidenced by the comments they’re offering to the media. Early on, the phrase “human condition” appears in the project’s media messaging.

We get that phrase in the prepared statement offered to the press from Henry Normal, the poet, writer and producer of film and television (including executive production on the 2013 film Philomena with Judi Dench). Normal is quoted, saying: 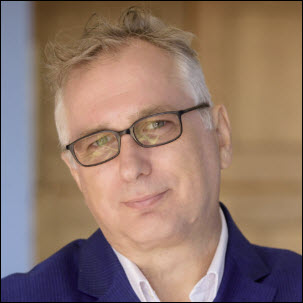 “Change can happen in all sorts of ways and sometimes just one word can make a difference.”I didn’t write poetry for 25 years but what drew me to writing poetry again was trying to make sense of my journey with my autistic son, Johnny. He’s now 20 and one day I took out over a thousand photos of him from age 2 to 20 and could see how he’d changed.

“The first poem I wrote was about trying to capture the feeling–the truth–of those photos. I think the great thing about poetry is that it gets to the truth of the human condition.”

in speaking for Naitonal Poetry Day, the program’s executive director Susannah Herbert is quoted, saying, “When you want to find out how people in the past really thought and felt, poetry is often a better guide than headlines or statistics.

“Our poets now are mapmakers of the human heart, making visible the changes that count, the ones that escape the notice of satellites and CCTV. In calling on BBC Local Radio’s listeners for the subjects that deserve to be honored in new poems for National Poetry Day, we’re putting poetry at the heart of a national conversation, where it belongs.”

And Kate Fox, one of this year’s commissioned poets, says, “Change is exciting and terrifying but what better way to think and feel about it than with poetry?

“I’m looking forward to being inspired by Radio York listeners’ stories of change to create something that might act as a spur or a crutch or a talisman. Poetry can make us hear words and stories differently, as if for the first time. They focus our attention and become a small present (in both senses of the word) in the middle of change.”

This is the third year of the Naitonal Poetry Day partnership with BBC Local Radio. As mentioned, last year’s project focused on listeners’ favorite expressions, and in 2016, the 40 stations of BBC Local Radio marked National Poetry Day by each broadcasting a poem about a local landmark commissioned from 40 poets.

Supporters of the annual effort now include Charles, Prince of Wales and the Royal Mail. More information is here, and stories of change can be shared on social media using hashtags #PoetryforaChange and #BBCLocalPoets.