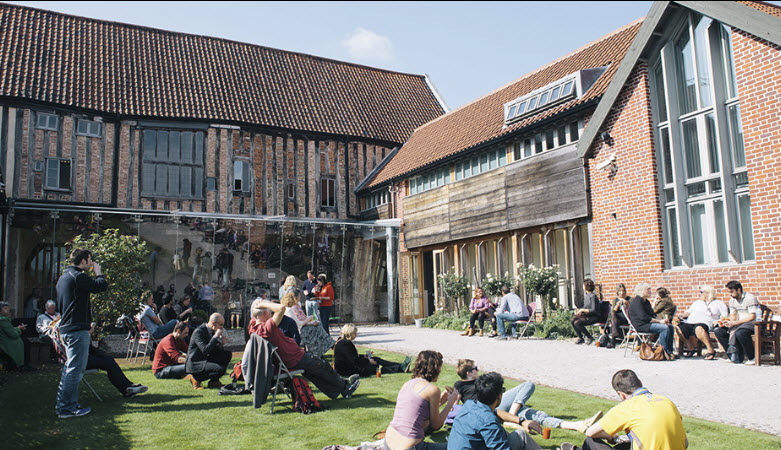 ‘Exploring the artistic and social power of creative writing,’ Norwich’s National Centre for Writing is having its formal launch week in its redeveloped new home at the 15th-century Dragon Hall. 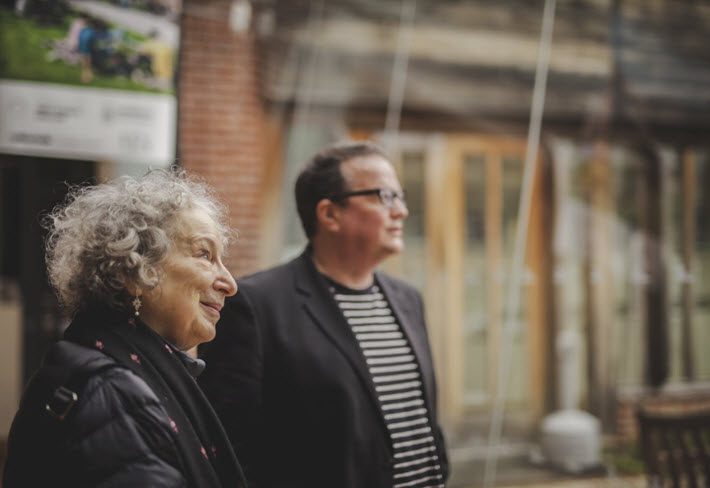 To ‘Inspire, Challenge and Change the World’

Based at Dragon Hall in Norwich, the UK’s National Centre for Writing today (June 18) opens its formal launch week after a £2 million (US$2.7 million) extension and restoration.

The site and its program, formerly known as Writers’ Centre Norwich, has the patronage of Margaret Atwood, JM Coetzee, Sarah Perry, Elif Shafak, Ali Smith, and others, and “will be a physical and digital space to explore the artistic and social power of creative writing, and support the creation and enjoyment of world literature,” according to its launch-week messaging.

Norwich is UNESCO’s first designated City of Literature in England (a different program from UNESCO’s World Book Capital series), and Dragon Hall is reported to have been built around 1430 by Robert Toppes, a merchant. It has a 26-meter-long trading hall decorated with 15 carved dragons in Baltic oak. Prior to its restoration for the purpose of the writing center’s needs, it appears to have been a very popular spot for weddings.

The newly installed writing center’s first year is expected to culminate in the UK’s first gathering of all the UNESCO Cities of Literature in May 2019 to discuss how place, art, and community can work together to improve the social and economic conditions in cities around the world. 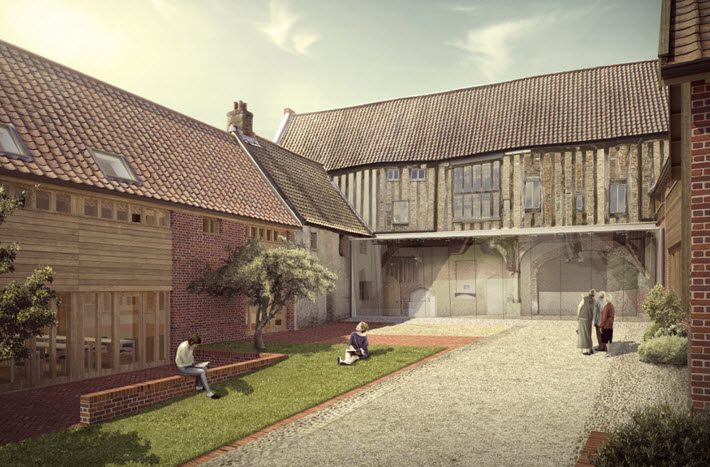 In its opening week, the center will gather together a global group of writers including Max Porter, Vahni Capildeo and Panashe Chigumadzi to discuss the place of writing in society. Brought together from 10 different countries, the group will specifically respond to George Orwell’s 1946 essay “Why I Write” during a three-day symposium organized.

In that essay, Orwell wrote, in part, “What I have most wanted to do throughout the past 10 years is to make political writing into an art. My starting point is always a feeling of partisanship, a sense of injustice. When I sit down to write a book, I do not say to myself, ‘I am going to produce a work of art’. I write it because there is some lie that I want to expose, some fact to which I want to draw attention, and my initial concern is to get a hearing.”

Here are the events relative to the opening this week:

In a prepared statement, Chris Gribble, CEO of the National Centre for Writing, is quoted, saying: 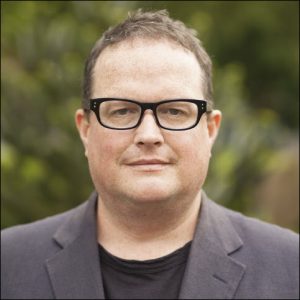 “Norwich has been a literary city for over 900 years: a place of ideas where the power of words has changed lives and transformed literature.”At a time when global horizons seem to be shrinking, political ambition reducing, and human rights under increasing threat, we believe that sharing stories, helping stories travel and supporting writers and translators has never been more critical.

“At home in the wonderfully restored and extended Dragon Hall, but alive online and across the globe, we are committed to exploring how the written word can inspire, challenge and change the world we live in, and seeing how far we can push the boundaries of writing and literary translation.”

The basic intention of the National Centre for Writing program, according to media materials, is to “work with its network of partners to explore the opportunities and challenges faced by the literature sector and, in particular, champion literary translation, artistic experimentation, and collaboration between the creative industries.”

The opening year’s program, described by the company itself as ambitious, is to include “staging a number of specially commissioned immersive theater and installation projects; hosting a series of conferences with the country’s leading poetry journals to discuss their role and future in the country’s literary ecology; and realizing a national translation project–Invisible Communities–exploring the artistic and social impact of literary translation in the UK.”

More on the center is here. 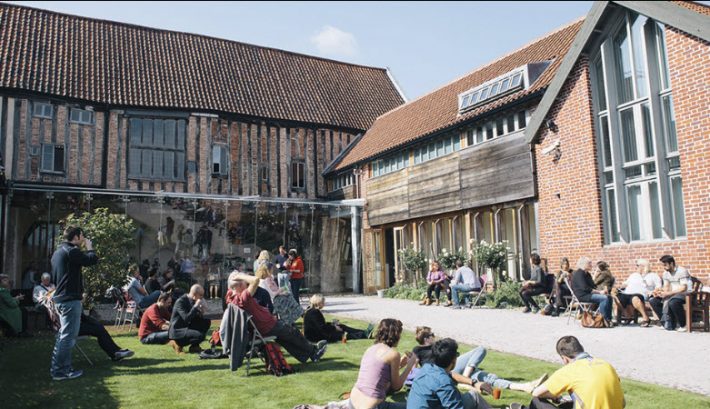