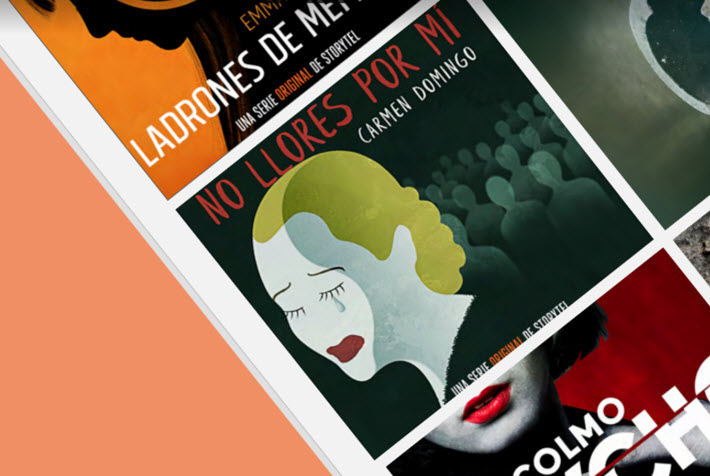 Image: From the Storytel España report on audiobook serialization

In an extensive report, the Spanish branch of Stockholm-based audiobook subscription service Storytel España argues that original serialized stories are a promising content strategy for the Spanish market.

“The radical change in consumer trends and developments in technology have improved accessibility to this format in conjunction with the revival of traditional narrative forms, transformed by new distribution systems,” according to the report.

Storytel is still new to Spain. It launched its service there in October with its customary offer of unlimited listens to audiobooks for a €12.99 monthly fee (US$15.22), currently with a special discount price offered of €9.99 on its attractive site.

Not unlike the aggressively expansive company’s experience in the United Arab Emirates, however—where few Arabic-language audiobooks are available and much content must be produced—Storytel España is considering generating new content for its Spanish subscribers.

“The Spanish[-language] catalogue boasts more than 1,500 audiobooks,” the report says, “and 35,000 audiobooks in English.”

Storytel‘s expanding subscription service may be outpacing available content as it rolls out to new territories.

With an update from Storytel’s head of global pubishing, Helena Gustafsson, we can tell you the company is operating now in Sweden, Norway, Denmark, the Netherlands, Finland, Russia, Poland, Spain, Iceland, and India.

As mentioned, it has made its move into the UAE and Turkey now is online, as well, Gustafsson says.

An Italian Storytel has been widely anticipated  and will be launched this year, reportedly with our colleague Mario Ferrario of Digitpub attached as manager.

Both Mexico and Bulgaria have been announced for rollouts, although Gustafsson says timeframes on those markets aren’t yet available.

And the report lays out several markers as talking points for the approach Storytel’s vision of the market entails, including these: 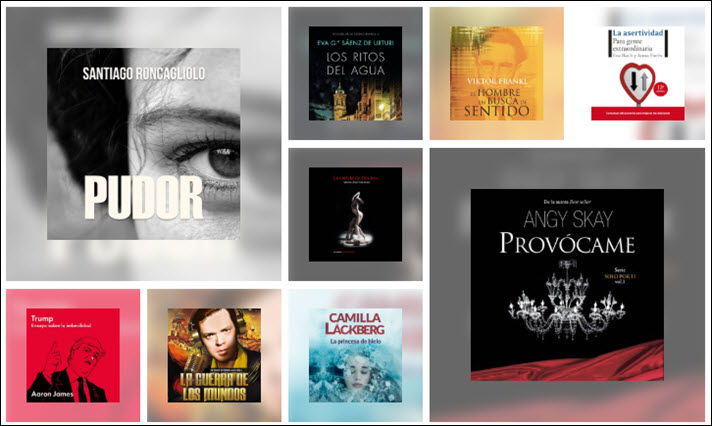 The report’s authors—who, it should be noted, represent Storytel Originals Spain—also look at concerns of piracy in the digital content arena, writing, “For years, the consumption of digital content in Spain was associated with headlines reporting alarming percentages of piracy (more than 87 percent in 2015).

“In a highly competitive environment—fighting to occupy users’ free time—producers and distributors of content depend more than ever on … the sustained, consistent and recurring consumption of narrative series.”Storytel España report

“Although we are still nowhere near a realistic standardization in the payment of contents on the Internet, last year there was a change in trend, inviting an optimistic view on the issue.

“According to a survey by the Intellectual Property Office of the European Union, piracy figures dropped for the first time in 10 years in 2017: one out of four Europeans now pay for content via legal sources (a figure which has increased to four out of every 10 of younger consumers).”

The report goes on to say that streaming services are dominant providers of online content, noting, “In 2017, in the USA alone, 487 original series premiered on television, 117 of which were
produced by streaming services). This increase in original production, steered by digital agents, led the CEO of FX Networks, John Landgraf, to coin the term ‘peak TV.'”

What the report’s authors ask is “whether supply and demand will manage to adjust to the audiovisual bubble, with increasingly fragmented audiences and progressively deteriorating profit margins.”

This is where serialization enters the concept Storytel is promoting, looking at how “in a highly competitive environment—fighting to occupy users’ free time—producers and distributors of content depend more than ever on the engagement of the services they offer. The sustained, consistent and recurring consumption of narrative series has demonstrated its effectiveness above any other format (such as short videos or movies) in building up that engagement.”

One key reason serialization can work, the report says, is because it simplifies choices for a user overwhelmed with content choices. The user defaults to the known series at hand.

And in Spain, a sign of how powerful this is, the report says, lies in “the case of the telephone company Telefónica. … Following a long tradition of acquiring third-party content … the company announced its intention to invest more than €70 million in TV series from 2017-2018.

“This represents a change in strategy of digital content, besides offering high-speed lines, and is used as an extra perk to attract subscribers.” 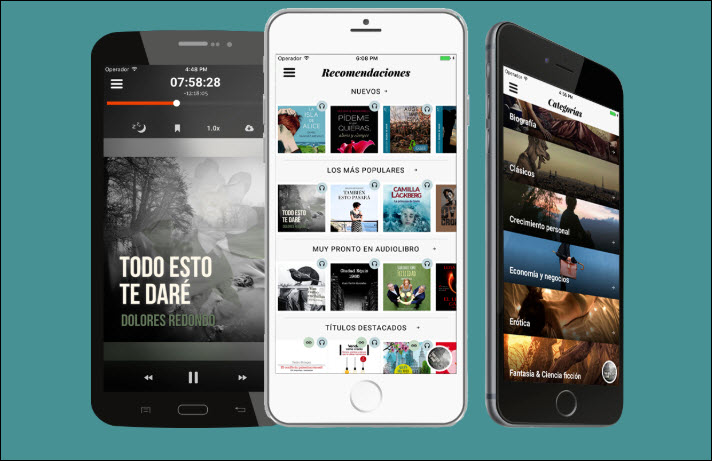 Getting to Audio: The Challenges of the Net

If there’s any understatement in the Storytel report, it may lie in a line saying that in the current rise in audiobook interest in such markets as the States and the UK “the Internet has contributed significantly.”

Some would argue that the Internet has almost entirely rejuvenated audiobooks by making downloadable and streaming options available—vastly preferable to the expense and hassle of tapes and CDs.

There’s also an emphasis on podcasts, such as the investigative-journalism radio podcast Serial of 2014. Storytel España has announced that it will be creating and publishing 25 stories in a catalogue for its new market, generating high-quality productions of the work of well-known authors.

Much as making new audio content for the market is part of the approach of Kitab Sawti, the Arabic audiobook subscription service reported on by Publishing Perspectives from Abu Dhabi International Book Fair, Storytel in Spain is announcing its own production program as part of a way to try to master its new market, much as Netflix and Amazon Prime are doing the same to maintain and build their respective dominance in the US and other markets.

New works are planned by Storytel España from authors including:

And while this list of new serials in production by Storytel, expressly for the Spanish market, is ambitious, the company already has a track record, under the direction of Rickard Henley, that indicates a strong potential for completing and expanding this list for Spanish-language subscribers.

“Storytel has become one of the principal producers of serialized content in Europe with 100 exclusive series published in more than 10 countries and production figures” projected for the end of 2018 “totaling 200 series available to its subscribers.”

The Storytel report has been produced in time for Madrid’s “Readmagine” Ten Years After Conference convening at the Fundación Germán Sánchez Rupérez as part of Spain’s International Digital Distributors Meeting, and is provided to Publishing Perspectives by industry consultant Javier Celaya.