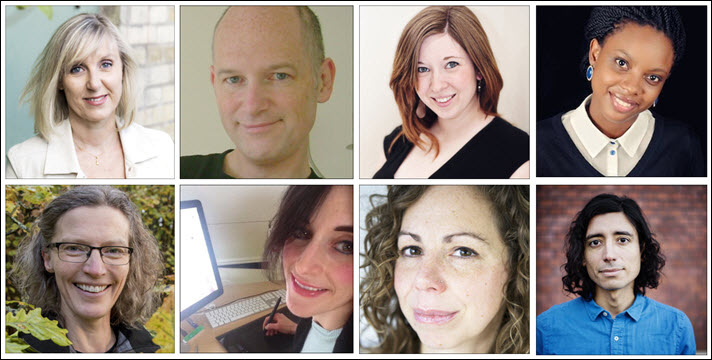 Sexual and gender relations, insects in our neighborhood, and historical fiction about genius: this month’s rights roundup includes work originally published in English, Swedish, and Norwegian. 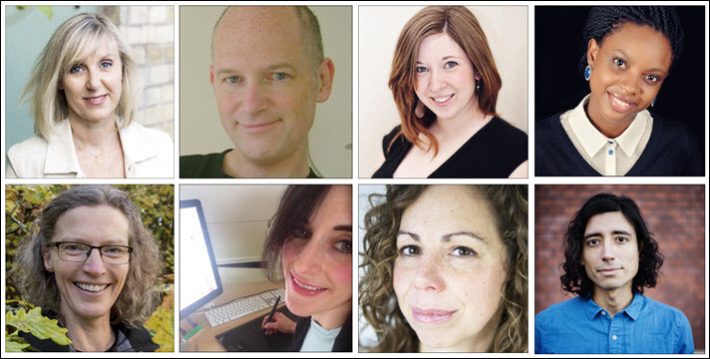 In today’s rights roundup, we find a slight edge on the side of nonfiction, at least in consideration of one work of historical fiction about Albert Einstein and his Nobel acceptance speech.

Literary agents and rights directors have provided us with insights once more into recent and previous international rights sales for quite a round of literature from the start of a children’s series on unicorns to the real world of insects in which we live. (Did you know that for every person on Earth, there are 200 million insects?)

There’s a highly acclaimed fiction debut set in Nigeria and a look at some of the biggest cyber attacks known to date. There’s a story of lust and liaisons in the London Underground, and a cautionary guide for guys about sex, aptly titled Respect: A Guy’s Guide to Sex, Love, and Consent.

And there’s a much anticipated book-length treatment by Gemma Hartley of her hotly influential article on men, women, and society’s expectations of who is to carry the “emotional labor” of life in our culture.

Fed Up: Emotional Labor, Women, and the Way Forward by Gemma Hartley 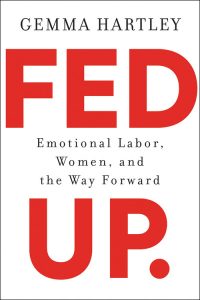 From the publisher, we read “Launching a heated national conversation with her viral article ‘Women Aren’t Nags; We’re Just Fed Up’—viewed more than 2 billion times—journalist Gemma Hartley gave voice to the frustration and anger of countless women putting in the hidden, underappreciated, and absolutely draining mental work that consists of keeping everyone in their lives comfortable and happy.

Hartley’s book, set for a November 13 release, is described as “A rousing call to arms, packed with surprising insights, that explores how carrying ‘the mental load’—the thankless day-to-day anticipating of needs and solving of problems large and small—[that] is adversely affecting women’s lives and feeding gender inequality, and shows the way forward for better balancing our lives. …

“This feminist manifesto will empower women to transform their inner dialogue and give all women the emotional fortitude and courage to ask for what we most want—without shame, without guilt, and without the emotional baggage.” 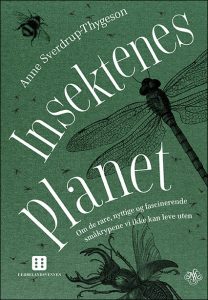 From the publisher: “Insects have a completely different make up than us humans.

“They wear their skeleton on the outside like a coat of armor. They can have ears on their knees, eyes on their penises, and tongues under their feet.

“Insects have an amazing reproductive capability and adaptability. For every person on Earth there are 200 million insects. Yet their numbers are dwindling. Without insects, people and animals would die.

“Insect Planet offers a tour into the small, but astounding world of insects. ”

The Great Exhibition by Marie Hermanson 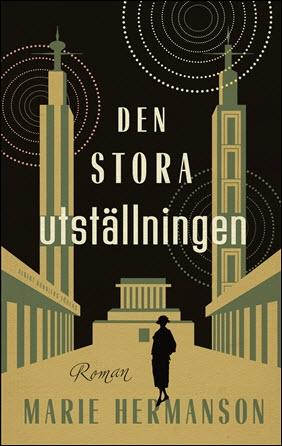 The publisher’s promotional material about the book calls it “an imaginative and enchanting novel, partly inspired by true events.

“In May 1923, Albert Einstein was scheduled to deliver his Novel speech in Gothenburg, but arrived two days late without explanation. His whereabouts remain a mystery.

“Einstein owed his former wife alimony and the only way to get it was to hold his Nobel lecture in Sweden. But he was hesitant to go because anti-Semitic critics were chasing him, claiming that his theory of relativity was a sham.” 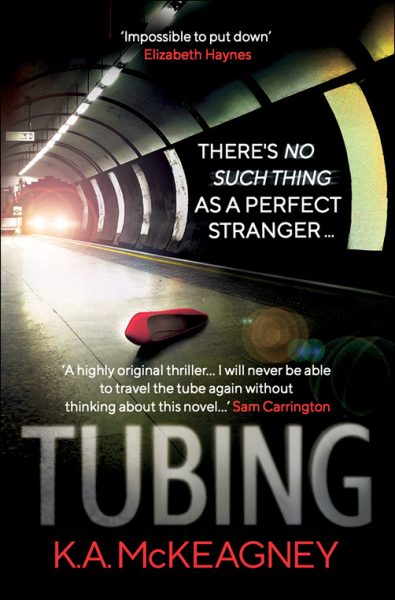 In its promotional copy for Tubing, RedDoor writes, “Polly, 28, lives in London with her ‘perfect-on-paper’ boyfriend. Her banal existence is turned upside down late one drunken night on her way home, after a chance encounter with a man on a packed tube train. The chemistry between them is electric and on impulse, they kiss, giving in to their carnal desires. But it’s over in an instant, and Polly is left shell-shocked as he walks away without even telling her his name.

“Now obsessed with this beautiful stranger, Polly begins a frantic online search, and finally discovers more about tubing , an underground phenomenon in which total strangers set up illicit, silent, sexual meetings on busy commuter tube trains. In the process, she manages to track him down and he slowly lures her into his murky world, setting up encounters with different men via Twitter.

“At first she thinks she can keep it separate from the rest of her life, but things soon spiral out of control.” 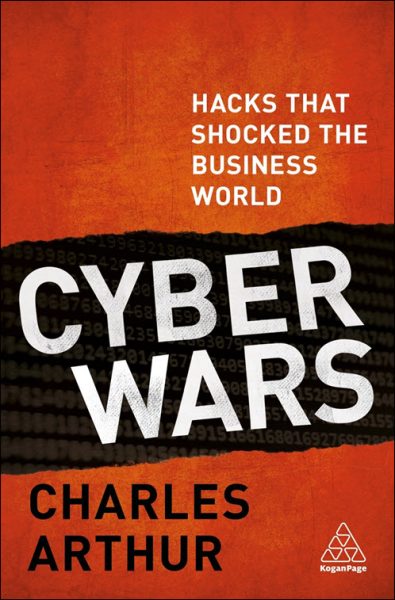 In commentary from the publisher, we read, “Cyber Wars gives you the dramatic inside stories of some of the world’s biggest cyber attacks. These are the game-changing hacks that make organizations around the world tremble and leaders stop and consider just how safe they really are.

“Charles Arthur provides a gripping account of why each hack happened, what techniques were used, what the consequences were, and how they could have been prevented. Cyber attacks are some of the most frightening threats currently facing business leaders and this book provides a deep insight into understanding how they work, how hackers think as well as giving invaluable advice on staying vigilant and avoiding the security mistakes and oversights that can lead to downfall. No organization is safe but by understanding the context within which we now live and what the hacks of the future might look like, you can minimize the threat.” 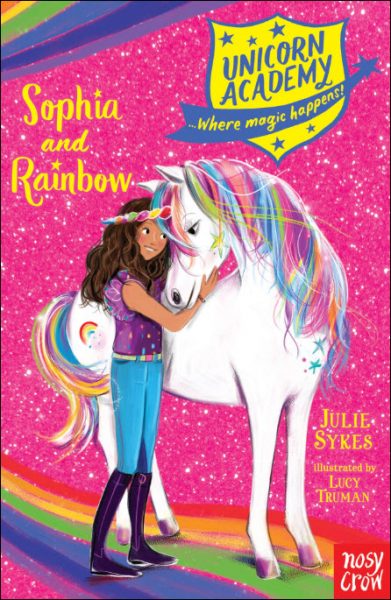 In promotional copy for Julie Sykes and Lucy Truman’s work, Nosy Crow writes, “Imagine a school where you meet your own unicorn and go on adventures with them.

“That’s what happens for the girls at Unicorn Academy on the enchanted Unicorn Island. With a different girl and her unicorn in each story, this is the beginning of a unique, hugely collectible magical school series.” 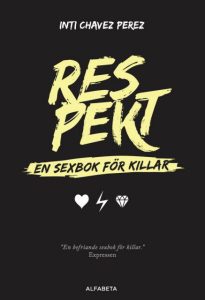 From the publisher: Amid “the #MeToo movement, the question of how we raise boys has been brought to a head. The men in our society are products of prevailing norms. Now, it’s time for change. But how do you talk with boys about sex?

“In Respect: A Guy’s Guide to Sex, Love, and Consent, experienced Swedish sexual educator Inti Chavez Perez turns to teenage boys who have entered puberty to talk to them about sex in a direct, no-frills, and hands-on way. No question is too big, too small, too taboo, or too embarrassing. What’s a dick supposed to look like? How should sex feel? Is pornography okay? What do girls like? What do boys like? How do I protect myself, and how do I say no? How do I set boundaries for myself and others?”

Stay With Me by Ayobami Adebayo 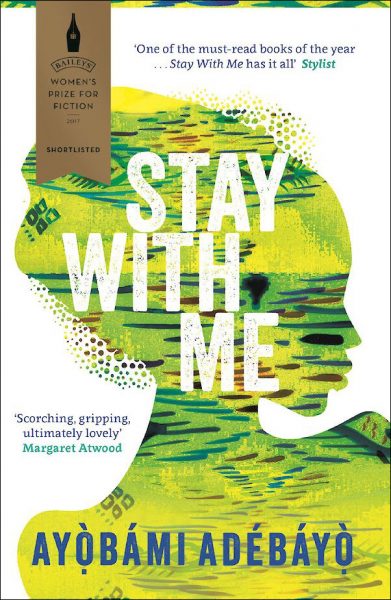 If this one seems to ring a bell, that’s because Ayobami Adebayo’s Stay With Me has had a lot of visibility in the latest awards cycle, especially impressive because it’s a debut. The book was shortlisted for the 2017 Women’s Prize for Fiction (then the Baileys) as well as for the 2018 Wellcome Book Prize. It also was longlisted for the 2018 Dylan Thomas Prize.

From the promotional copy for the book: “Unravelling against the social and political turbulence of 1980s Nigeria, Stay With Me [captures] the voices, colors, joys and fears of its surroundings. Ayobami Adebayo weaves a devastating story of the fragility of married love, the undoing of family, the wretchedness of grief, and the all-consuming bonds of motherhood. It’s a tale about our desperate attempts to save ourselves and those we love from heartbreak.