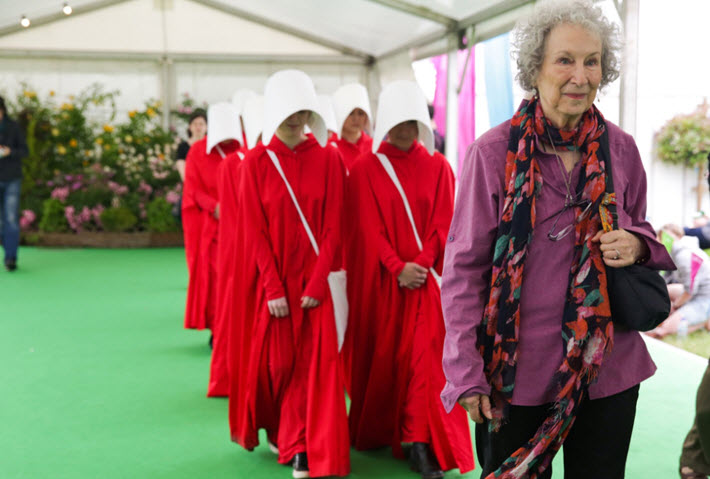 As Atwood handmaids glided around the festival, Wales’ 31st Hay Festival drew some 700 speakers and sold more than a quarter of a million tickets to its 800 events in literature and contemporary issues.

Margaret Atwood spoke at this year’s Hay Festival in Wales. The second season of Hulu’s production of ‘The Handmaid’s Tale’ is airing this spring, and her 1985 book was among the Hay Festival’s Top 10 bestsellers for adult readers. Image: Hay Festival

Attendees reportedly came from more than 40 countries, and festival book sales are reported by organizers to have been up 6.4 percent, led by Laura Bates and Owen Sheers’ Letters to the Future for adult readers and by Cressida Cowell’s The Wizards of Once in children’s books.

The company overnight has supplied various news media with a set of bulleted points of interest. The 2018 Hay Festival featured:

As Publishing Perspectives reported, one of the special events of the festival this year was the announcement at Hay of the Man Booker “Golden Five” shortlisted titles, one of which will be honored with a Golden Man Booker award in recognition of the prize’s 50th anniversary.

Author Margaret Atwood was on-hand as one of the show’s hundreds of speakers. And at times she was followed by a bevy of women robed in red: Atwood’s The Handmaid’s Tale in Bruce Miller’s production with Max Minghella and Elisabeth Moss is making its second-season debut this spring on Hulu. 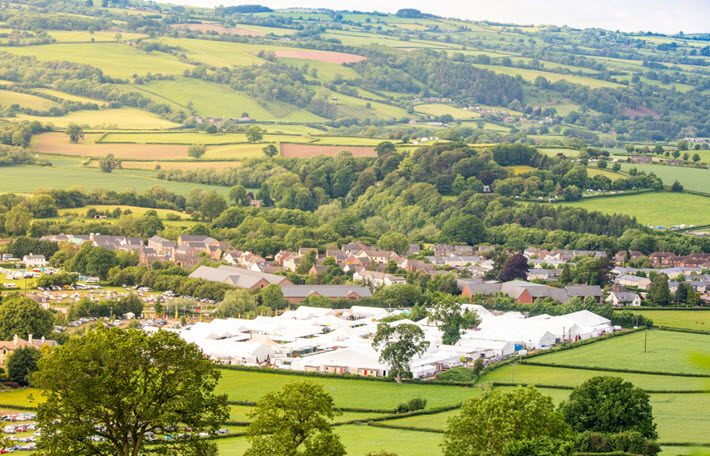 The Hay Festival setting this year, as pictured by Chris Athanasiou. Image: Provided by Hay Festival

One of the most interesting things the festival produces is a list of bestsellers at the annual festival, a kind of snapshot removed from the year-’round lists the industry follows.

1. Letters to the Future – Laura Bates and Owen Sheers
2. Rescue – David Miliband
3. I am, I am, I am – Maggie O’Farrell
4. Saving Britain – Will Hutton and Andrew Adonis
5. If Only They Didn’t Speak English – Jon Sopel
6. How to be Human – Ruby Wax
7. Around the World in Eighty Trees – Jonathan Drori
8. How Not to be a Boy – Robert Webb
9. Aristotle’s Way – Edith Hall
10. The Handmaid’s Tale – Margaret Atwood

1. The Wizards of Once – Cressida Cowell
2. Natboff! – Andy Stanton
3. Rose Rivers – Jacqueline Wilson
4. The Funny Life of Pets – James Campbell
5. Big Bones – Laura Dockrill
6. Flamingo Boy – Michael Morpurgo
7. The Colour of the Sun – David Almond
8. Things a Bright Girl Can Do – Sally Nicholls
9. In the Mouth of the Wolf – Michael Morpurgo and Barroux
10. She Persisted Around the World – Chelsea Clinton 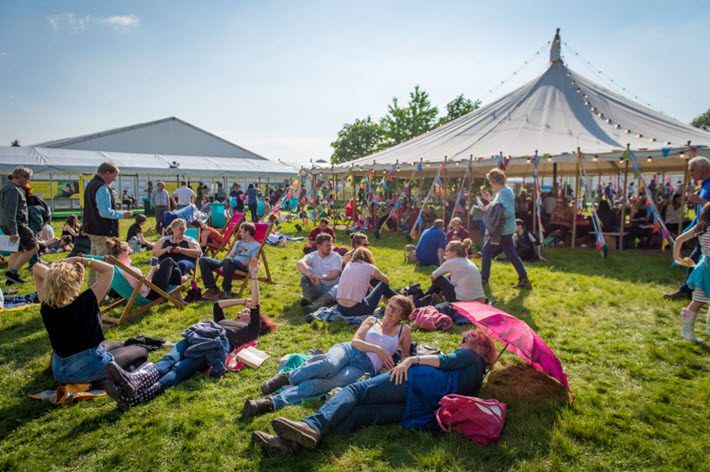 In an interesting counterpoint to the dark vision of Atwood’s Tale, the Letters to the Future book by Bates and Sheers was published by Hay Festival Press as part of a project to address sexism and the goal of gender parity.

In another program, trans.MISSION, the Hay collaborated with the Natural Environment Research Council (NERC), pairing scientists and artists to work together on putting across impressions and understanding of cutting-edge science. Here’s one of the videos produced from the program:

Another program called Vote 100 Books generated a list of 100 books by women from the past century.

As reported by Publishing Perspectives, the Bogotá39-2017 program is a new anthology of Latin American writers’ work.

And an anthology if new work marking the World War One armistice centenary is to be released from the Hay in the fall.

Festival events and projects are reported by organizers to have reached the widest audience so far, with live streams provided to primary and secondary schools across the UK on May 24 and 25. Libraries were tapped into the streams on May 26 through the British Library’s Living Knowledge Network.

There’s tape available for viewing at the BBC and on the Hay Player subscription (£10 per year, US$13.30).

The dates of next year’s Hay festival are May 23 to June 2.

And in the international network of Hay Festival events, upcoming dates are: 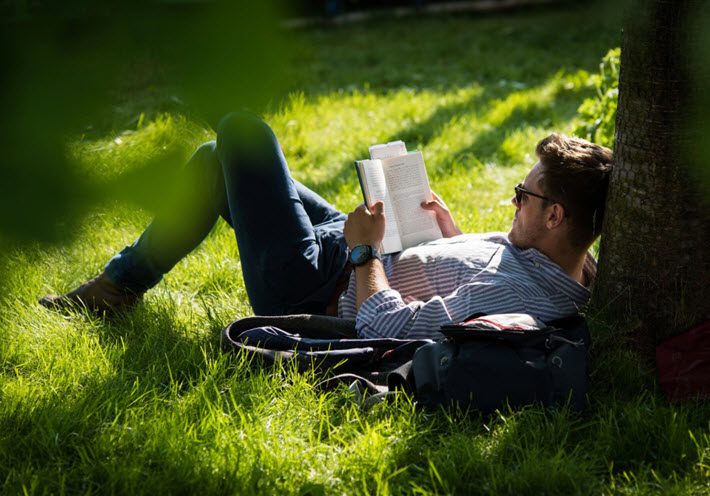