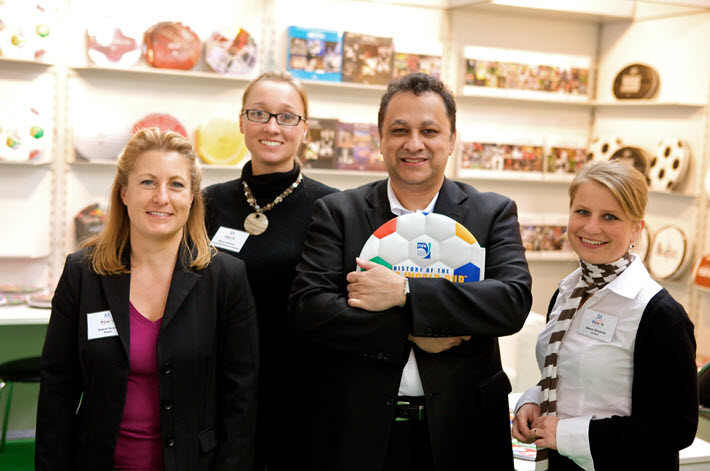 Based in Adelaide, the book packager Peter Murray this week begins selling rights online to 14 of his titles, with special emphasis on anniversary titles around the moon landing and music of 1969. 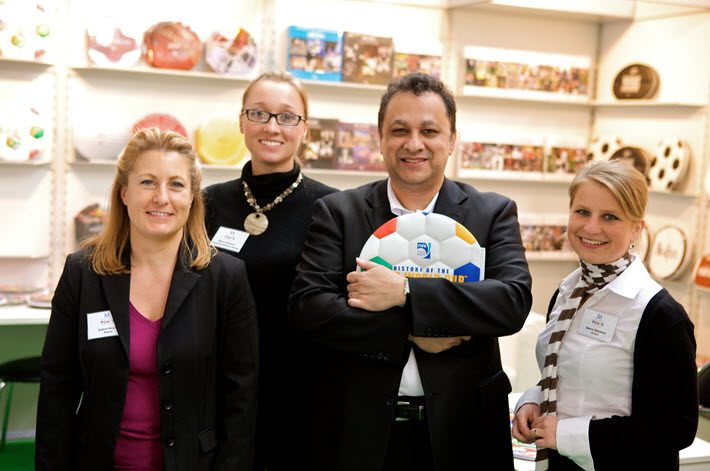 Starting today (June 19), you can see another publisher’s arrival on the IPR License platform, the first fully transactional rights and licensing marketplace for publishing. 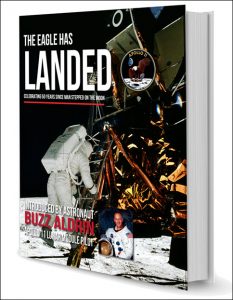 Australia’s Murray Books‘ two lead titles are tied to two of the most auspicious 50-year anniversaries on the horizon: the Apollo 11 moon landing and Woodstock. With an invitation in-hand for the Apollo Celebration Gala in July that kicks off a year of celebratory events on July 21, publisher Peter Murray estimates in an interview from his Adelaide office with Publishing Perspectives that The Eagle Has Landed “has the potential to sell ’round about 200,000 to 300,000 copies in the States very quickly.”

The same goes for the self-written Woodstock ’69, Murray says. “I contacted the living artists, Roger Daltrey from The Who, Creedence Clearwater Revival, Carlos Santana.” The volume, he says, with 124 pages, 10,000 words, and 100 images, includes a poster and a replica of a ticket to the original event.

“And the book smells of marijuana,” Murray says. And he’s not kidding.

With these and a dozen other books just going onto Murray Books’ new page at IPR, Peter Murray is looking for publishers who appreciate what IPR general manager Jane Tappuni aptly characterizes as Murray’s books specifically created “with commercialism and mass market in mind.” She and her team have entered a partnership in which they’ve agreed to share both promotion and revenue from rights action on certain Murray titles offered. 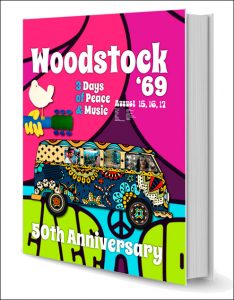 “We’re excited to be working with Murray Books,” Tappuni tells Publishing Perspectives from London, “to co-promote some of their selected titles, especially Woodstock ’69 and The Eagle Has Landed. We feel both titles have huge potential for licensing.”

The Murray books’ commercial intent, she says, “makes them ideal for licensing. The enduring appeal of the moon landing makes The Eagle Has Landed an exciting addition to IPR’s catalogues, especially as there’s a foreword from Buzz Aldrin. And we’re also very excited about the licensing potential of Woodstock.”

Tappuni describes the co-promotional element of the arrangement as involving:

And Tappuni says that the Murray Books engagement might lead to more efforts in “promoting packagers’ titles for sale. The interesting thing about Pete [Murray],” she points out, “is that he will even happily print and ship” if a rights buyer wants full service. “It’s a super-flexible offering.”

The Murray rights’ availability at IPR, says Peter Murray, indeed reflects his work as a book packager–a creator of books that are in essence custom-fit to the needs of a publisher or a retailer or an occasion. “We’re packagers,” he says, “and we do a lot of books for major customers.”

In the case of The Eagle Has Landed, in fact–running 164 pages, and 10,000 words with 100 NASA images–Murray says he contacted the space agency and obtained the necessary assets to create the book. He also received contact assistance for the key players in the pivotal mission. Before the project was over, the agency had vetted the book for its accuracy in many technical details.

That book currently is in search of an American publisher, which is why, Murray says, he was at the New York Rights Fair that ran parallel to BookExpo in New York. He says he’d hoped to find an American publisher for the NASA book there, but was disappointed to find a lack of buyers from the States for international content. He’s looking now, he says, to license a US edition of The Eagle Has Landed at IPR before the anniversary events open next month.

And even when offering his titles’ rights sales for other languages and territories on the IPR platform, all he wants from a foreign-language publisher, he says, “is the translation. I can then do the rest,” creating a foreign-language edition of any title he offers at IPR License.

Rather than simply selling the translation rights, in other words, he’s looking to package each book for each territorial license–a co-edition, as he calls it.

The more he can do to produce the book, he says, the better control he has over that content. And ironically, this has to do with that grass-scented Woodstock book and other scented volumes he’s made in the past: all of these one-of-a-kind services, he says, help him control his product.

In explaining this, Murray goes back to some bad early-career experiences he had as an author Down Under. 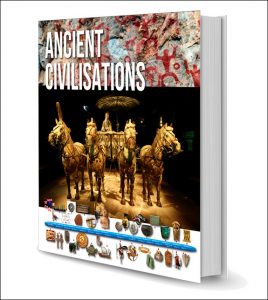 Born in India and an Australian resident for 50 years, Murray says, “A long time ago when I was writing books for publishers, I walked into a bookshop in Johannesburg and I discovered a book of mine in Afrikaans. The publisher hadn’t told me about this. So when I got back to Australia, I went and saw the publisher in Sydney and asked” how a translated edition of his book had gone onto the market without his knowledge.

“I found out,” he says, “that this particular book of mine had been [published] in about 12 countries and four different languages. And I hadn’t been informed. … I wasn’t paid as the book’s author because the publisher kept that information from me.”

It was then he decided, Murray says, to begin producing books, himself, but not in the self-publishing model as we know it today. Instead, “I started contacting publishers,” he says, “and telling them, ‘I’m going to give you a book which is really going to do well. Would you be interested for Germany? Would you be interested for America?’ And it worked really well,” he says, “because publishers wanted everything done for them.”

Since 1980, Murray has been a packager, creating his books at the behest of clients. And some of those clients, he says, have included FIFA, the International Olympic Committee, the Rugby Union Board, the International Cricket Board, NASA, and Formula One. 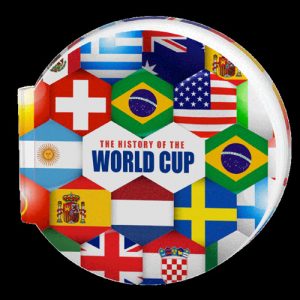 One of Murray Books’ TOOTS series, from 2012

At one point, he went heavily into producing what he calls “tactile books” with a product-driven look-and-feel. The first of these was a World Cup book, round like a football, which in 2006 went to No. 3 among Australia’s bestsellers. Murray’s “TOOTS” line of such gift books was sold in 2013.

But even in this decade, Murray says, he’s seen some of his mass-market titles copied by publishers in other languages. “And that’s why I decided to go and talk to Jane” Tappuni at IPR License. “Instead of me pulling my hair out and complaining about the industry,” he says, “I’m saying, let’s try to control this whole thing by offering licenses on the IPR platform.”

When a rights buyer comes to IPR and wants to license one of Murray’s books today, “All we want from them is the translation. We try to supply them with the artwork” from the original book, “and print-ready PDFs.”

However, he says, “We do ask two things as part of our agreement, which is a traditional rights agreement. We say, ‘Yes, we’ll let you do a normal royalty agreement, but we’d like to see your print order and a bill of lading.'”

In other words, Murray wants to verify the sales on which that royalty agreement is based. “If someone hesitates to do that,” he says, “then we know what their intention is.”

Murray has gone on from his early days of creating his own books for publishers to create an array of novelties, the proceeds from which, he says, go to the work he and his wife Gillian do in operating Adelaide’s Liberty Fields Sanctuary for horses and dogs they rescue when no longer wanted by their owners.

So far, Peter Murray is on IPR License with 14 books. But that pleasure in commercial experimentation may prompt him to expand the offer.

“I’m from the old school,” he says. “I’m a printer by trade, so it was easy for me to fall into the industry. And then develop an entrepreneurial approach.”

Founded in 2012—when a gap was identified in the market for a dedicated online platform on which publishing rights-holders could complete domestic and international licensing deals—IPR License had its first investment from the Frankfurter Buchmesse in May 2015. In April 2016, Frankfurt acquired control of the company, with Copyright Clearance Center (CCC) retaining its minority stake. In June 2017, China South Publishing & Media Group also acquired a part of the company.

More from Publishing Perspectives on IPR License is here.