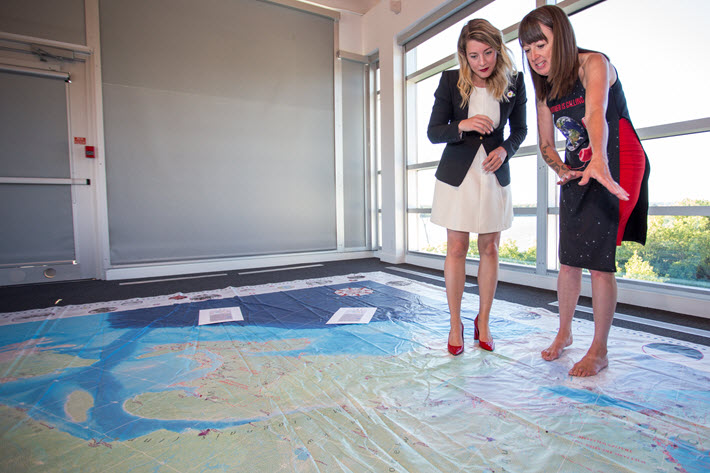 The four-volume ‘Indigenous Peoples Atlas of Canada’ will be sold and distributed by Kids Can Press and Canadian Geographic—a deal that resulted from a conversation between two publishers in China. 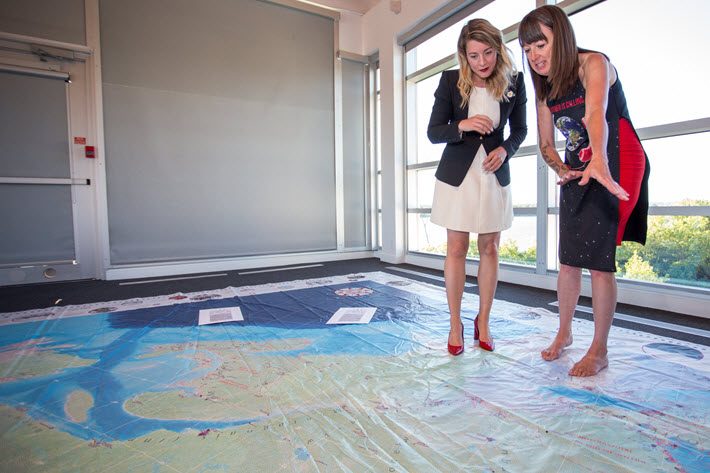 Canada’s minister of culture, Mélanie Joly, has led the launch event for Canadian Geographic’s Indigenous Peoples Atlas of Canada. It has been announced that young readers’ publisher Kids Can Press will handle distribution of the book.

The Indigenous Peoples Atlas of Canada was created in response to the Truth and Reconciliation Commission’s calls to action, which cite the development of culturally appropriate curricula for Indigenous students as a top priority.

Kids Can Press president Lisa Lyons and Gilles Gagnier, CEO and publisher of Canadian Geographic, met on a cultural trade mission to China, led by Joly in April. They decided to brainstorm once back in Canada on projects on which they could collaborate.

As media messaging on the event reports, a lack of appropriate educational and financial resources for Canada’s Indigenous students has long been deemed a factor contributing to the marginalization of Indigenous communities.

The Atlas will be made available to all Indigenous schools through the partners’ distribution channels and to more than 20,000 Canadian Geographic Education members in the autumn.

‘Who We Are and Where We Need To Go’

The four-volume set of books will be sold and distributed by Kids Can Press, through an exclusive partnership with Canadian Geographic, for international as well as domestic sales. The partnership is also expected to lead to the development of more children’s content inspired by the collaborative efforts of Indigenous communities and Canadian Geographic.

In a prepared statement, Ry Moran, director of the National Centre for Truth and Reconciliation, is quoted, saying, “This collaborative effort represents a dramatic step forward in our collective recognition of Indigenous histories, nations, territories and identities.

“The Atlas, Web portal, and a large-scale floor map are expected to become critical instruments in helping current and future generations understand who we are and where we need to go.”

“For the Métis Nation,” reads a quote from Clément Chartier, president of the Métis National Council. “the Indigenous Peoples Atlas helps set the stage for a better understanding of the Métis people and our role in Canada’s development, both historical and ongoing.

“Educational resources such as the Atlas are critically important in telling that long neglected story.”

Speaking for Inuit Tapiriit Kanatami, its president, Natan Obed is quoted, saying, “The Inuit way of seeing our homeland is unique, grounded by generations of interconnectedness with our environment–the lands, waters, plants and animals.

“We understand the value of sharing our perspective with the world and commend all of the partners involved in this project on their work and commitment in bringing together the Indigenous stories of our country.”

And Chief Perry Bellegarde of the Assembly of First Nations says that his organization “looks forward to the release and circulation of this atlas as an important education and information resource.

“With increased understanding of First Nations cultures, contributions, and the shared history between First Nations and Canada, we can move forward toward a better relationship.”

Yancy Craig, who directs government relations at Indspire, “The Atlas is an important educational tool that provides a clear understanding of our shared interests in the land and waters of Canada, and it will help promote understanding and reconciliation, which will lead to stronger relationships over the next 150 years,” said Yancy Craig, Director of Government Relations at Indspire. 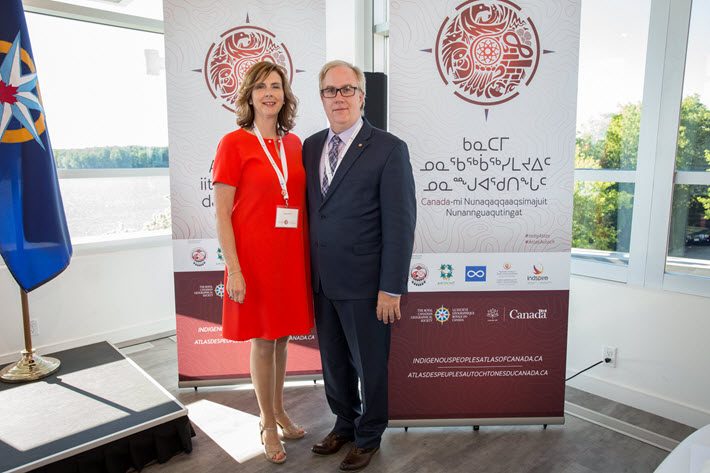