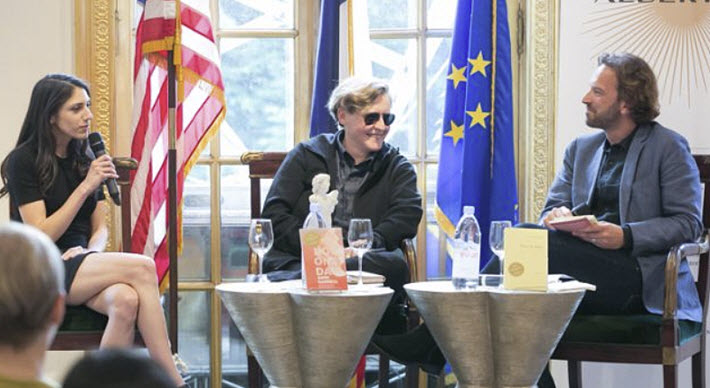 The winner of the second iteration of the Albertine Prize for French literature translated into English is announced in New York, as six guest curators are named in the UK for this year’s Cheltenham Literature Festival. 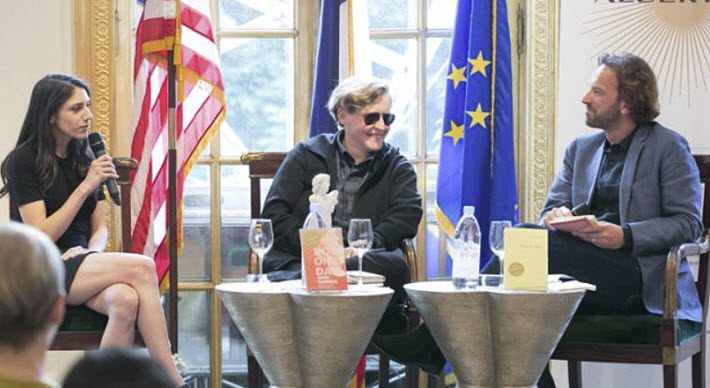 At the June 6 presentation of the Albertine Prize, translator Emma Ramadan, left, speaks with Anne Garréta and journalist François Busnel, who co-chaired the event with Lydia Davis. Image: Albertine

Albertine Prize Winner: ‘Not One Day’

In a ceremony at bookstore Albertine on June 6 in New York City, Anne Garréta’s Not One Day (Deep Vellum, 2017) was honored with the 2018 Albertine Prize–the second iteration of the honor–in its translation from the French by Emma Ramadan.

The Albertine Prize is a reader-choice honor developed to recognize American readers’ selections of contemporary Francophone fiction, and also to encourage the discovery of new literary voices, translated and published in the US in the past year.

The selection offered for public vote includes a range of stories from diverse locations and perspectives.

Albertine is the only bookshop in New York City devoted solely to books in written in French and French books in English translation. It features more than 14,000 contemporary and classic titles from 30 French-speaking countries, and is a service of the Cultural Services of the French Embassy program. 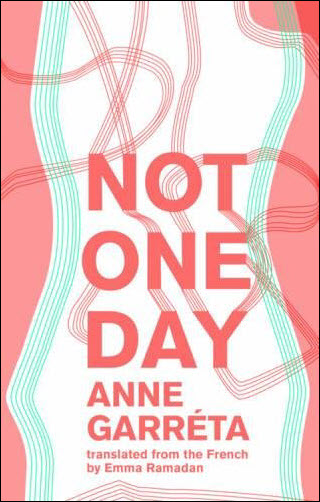 Garréta has been a lecturer at the University of Rennes II since 1995 and also teaches in the United States at Duke University. Her Not One Day in its original French, Pas un jour, won France’s  Prix Médicis.

Ramadan recently opened a new bookstore with a bar and coffee shop, RiffRaff, in the Olneyville neighborhood of Providence, Rhode Island.

The full shortlist for the prize comprised:

In the Albertine staff’s interpretation, the choice of the public of Not One Day reflects “both a curiosity and a taste for adventurous fiction that explores unconventional paths” on the part of the voting readership. 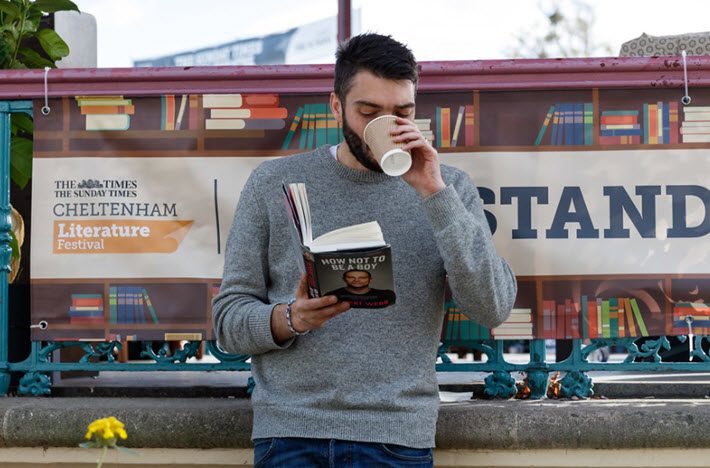 The UK’s Cheltenham Literature Festival on Tuesday (June 12)–as tickets went on sale–announced its guest curators for the 2018 iteration of the event, which runs October 5 through 14.

The guest curators for this year’s program are:

The six curators are working with the program’s literature team led by Nicola Tuxworth, to advise on the 2018 program particularly on fiction, a series of events discussing young people’s activism and mental health, and this year’s theme: East Meets West.

In press materials, organizers are emphasizing the Asian elements of the event’s context, “from the novels of Murakami to the story of the Kimono, the Terracotta Army to the Silk Road, porcelain to Confucius, sushi to chinoiserie, and Pokémon to Studio Ghibli.”

Particular emphasis is to be given to cultural elements of Japan and China. The countries’ unique histories, contemporary societies, belief systems and creative output are to be covered. And in what might introduce some political dimensions, the relations the cultures have with each other and the rest of the world are also expected to come into play.

The festival’s education progam was announced last week, as reported by Publishing Perspectives, a full program to follow in mid-August for the fair, which has the sponsorship of The Times and The Sunday Times.

In a prepared statement relative to the Asian thematic focus, the festival’s programming chief Nicola Tuxworth is quoted, saying, “Each year the festival team invites a small group of exceptionally talented people to advise on the programme, ensuring that we continue to bring the very best writers and thinkers to Cheltenham.”