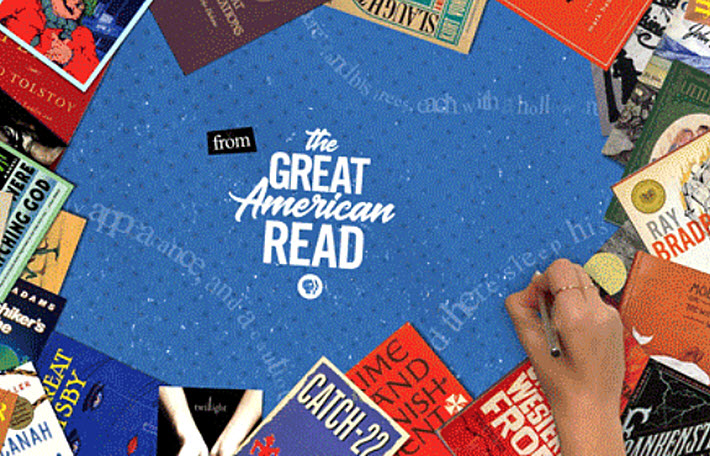 The US National Endowment for the Arts announces 79 grants for its Big Read program, while PBS’ ‘The Great American Read’ adds videos on bookish topics this month.

‘The Great American Read’ Rolls On

Its public voting list of 100 novels is so eclectic that it makes some professional books industry people blush—The Little Prince vs. Jurassic Park? Invisible Man vs. The Stand? The Picture of Dorian Gray vs. Mind Invaders?

Nevertheless, The Great American Read program’s very diversity—To Kill a Mockingbird vs. Fifty Shades of Grey—probably carries something for almost everyone in a reading summer overhung with the daily upheavals of the American political context.

As Publishing Perspectives has reported, a group of some 7,200 people—perhaps mercifully not identified by the program—answered a “demographically representative national survey” conducted by YouGov, resulting in the 100 titles on the list.

Nevertheless, it’s impressive that S&S can show us its fingerprints on 11 of the titles, several among the heaviest. Here are Hemingway, McMurtry, Knowles, Fitzgerald, Margaret Mitchell, Heller, Sister Souljah, Jason Reynolds, VC Andrews, Paulsen. And in the world of this list (The Twilight Saga vs. War and Peace), the mix is par for the course. 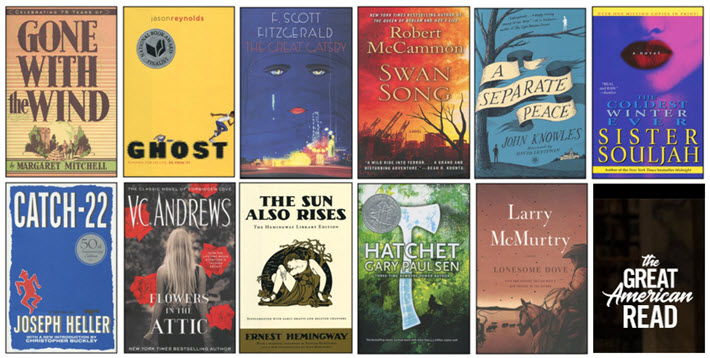 Meanwhile, PBS Digital Studios has weighed in with the start of a series of video essays, optimistically described as being “about our favorite books and why we love to read.” Lindsay Ellis hosts the series, called It’s Lit, and the first outing looks at “why the book is sometimes better than movie adaptations”—at a time, of course, when much fine television and film production is suggesting with worrisome frequency that there need be no book whatever.

To its credit, the video, running under six minutes, includes such gratifyingly candid admissions as Chuck Palahniuk’s comment on Fight Club: “I was sort of embarrassed of the book because the movie had streamlined the plot and made it so much more effective and made connections that I had never thought to make.”

We’ll embed the video for you below.

More about The Great American Read and its summer-long programming is here. 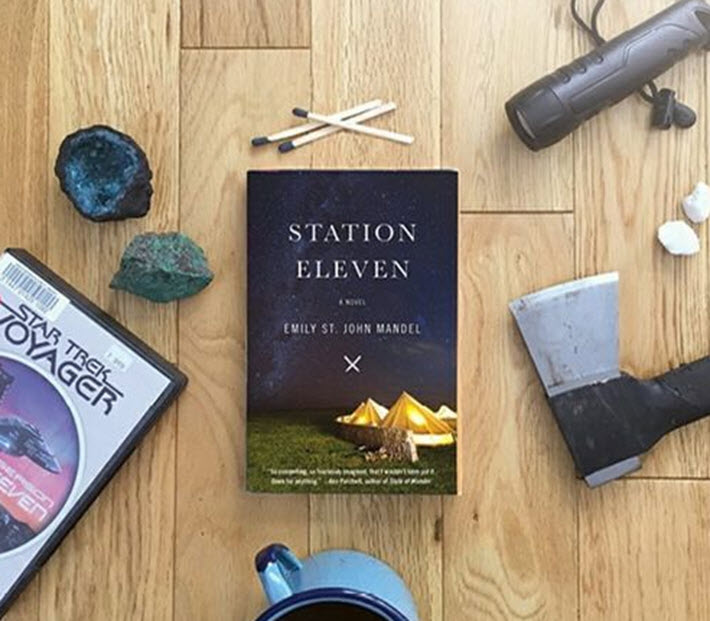 While everyone is busy wrestling with that wrenching Charlotte’s Web vs. The Hunger Games dilemma over at The Great American Read, a similar and far older program is the National Endowment for the Arts’ Big Read. It was first devised under Dana Gioia’s leadership of the NEA and is now administered by agency literature chief Amy Stolls and her staff.

The Big Read has local cities and communities create original programming, each around the choice of a single book to be discussed, shared, explored, and assessed.

One of the key advantages that the Big Read has over the Great American Read is curation. The NEA staff has outdone itself this time around, say many observers, with a painstaking selection of 25 titles that include Julia Alvarez’ In the Time of the Butterflies, Roz Chast’s graphic novel Can’t We Talk About Something More Pleasant?, Jhumpa Lahiri’s The Namesake, and Emily St. John Mandel’s Station Eleven.

And there’s another key difference: Rather than finding its energy in competition as the Great American Read does (The Hitch-Hiker’s Guide to the Galaxy vs. The Outsiders), the Big Read is propelled by its effort to bring people together as readers.

As acting NEA chair Mary Anne Carter says in a prepared statement, “This program encourages people to not only discuss a book together, but be introduced to new perspectives, discuss the issues at the forefront of our own lives, and connect with one another at events.”

In the next year, the Big Read will see 79 projects funded with grants surpassing a total $1 million going into efforts held between September of this year and June 2019 in 34 states and beleaguered Puerto Rico. 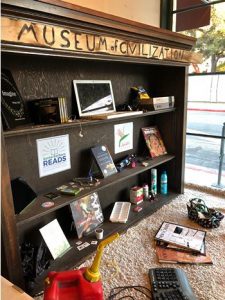 Twenty-seven of the coming year’s programs funded by grants are newcomers to the Big Read. A single grant can range from US$5,000 to $15,000, and the program is managed by Arts Midwest, although the Big Read is not restricted to that organization’s nine focus states.

There are three ways offered to see the participating programs:

And for a quick snapshot of how these events can work, have a look at these notes on the Santa Barbara Public Library’s engagement with Mandel’s Station Eleven, including a visit from the author just after the Thomas Fire moved into California’s Ventura and Santa Barbara Counties to become the largest wildfire in modern state history.

As library personnel report, “Unfortunately, being able to intimately relate to the themes of the story went into almost immediate effect,” with electrical service to the hall in question prior to Mandel’s arrival amid “emergency preparedness, disaster response, and community recovery.”

The library reports that its most participatory activity “was one of the more simple implementations of the month. Boards with the questions ‘What is your post-apocalyptic skill?’ and ‘What would you miss?’ were placed inside the entrance to the Central Library.”

More from Publishing Perspectives on the Big Read is here. And more on the ‘Great American Read’ is here.