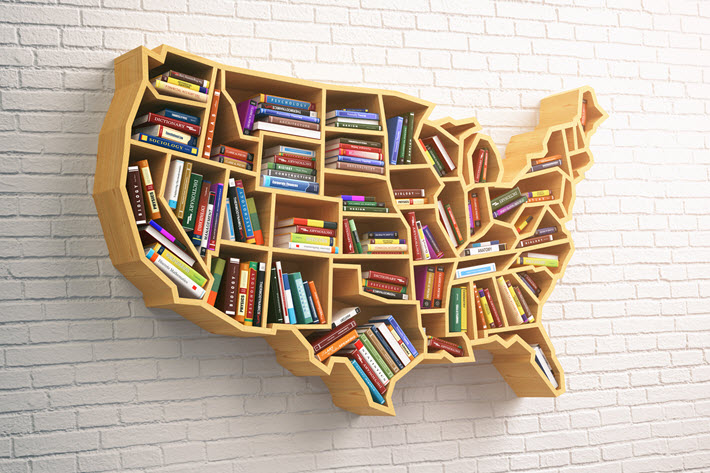 Following its deployment of a traveling team of workshop leaders, the Authors Guild opens a round of regional chapters. It also has just created a new author-complaint resolution service in direct cooperation with Amazon.com. 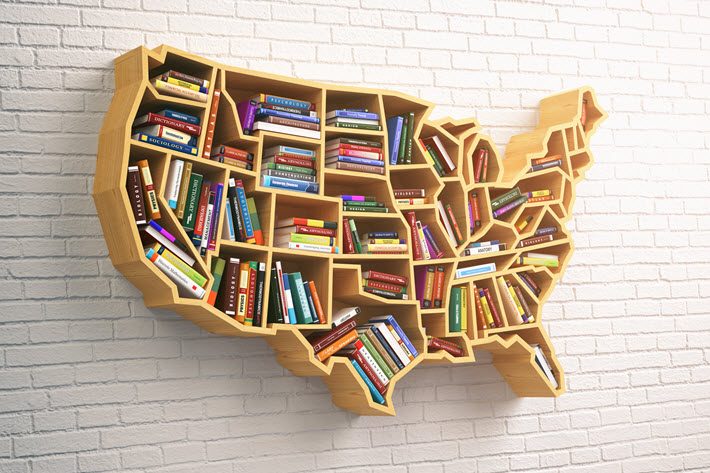 ‘An Essential Part of Our Mission’

As part of its dramatic new outreach effort–expanding its services and writer advocacy to members beyond New York City–the US Authors Guild late on Thursday (June 7) announced its creation of 14 newly devised regional chapters, 13 of them outside the New York area, with more to be added within a year’s time.

Each of these regional chapters is led by two “ambassadors,” members of the guild who are to “design events and programs suited to the needs of guild members in their cities and neighborhoods,” according to media materials.

In a prepared statement, Mary Rasenberger, the guild’s executive director, is quoted, saying, “We’ve long felt that providing a supportive community of writers is an essential part of our mission as a membership organization.

“As we continue to grow nationally, with members spread across the country, it’s vital that we give writers opportunities to engage with one another in person at the local level.

“Leading that charge is a dynamic group of ambassadors, all of whom have demonstrated a commitment and passion for sharing the guild’s mission, not only with existing members but also with groups of writers who are new to us.”

The initial 14 regional chapter locations are:

The rationale for the selections of these first sites, guild messaging indicates, has to do with gaining the biggest initial impact where the existing membership map shows the highest concentrations of members.

“The next round of chapters,” the guild’s announcement says, “will include a group of mid-sized cities and smaller communities for which the guild has already received enthusiastic, well-developed proposals.

“Ambassadors will commit to hosting multiple events per year, ranging from professional and educational panels to social gatherings, such as book clubs, workshops, and author readings. The first such program, a panel titled ‘The Business of Being a Writer,’ will take place on June 24 at Cameron Village Regional Library in Raleigh, North Carolina.”

Regional chapters are led by “a dynamic group of ambassadors, all of whom have demonstrated a commitment and passion for sharing the guild’s mission, not only with existing members but also with groups of writers new to us.”Mary Rasenberger

The establishment of this first wave of chapters follows the announcement in late May, covered by Publishing Perspectives, of a new program of what the guild calls Boot Camp events, a series of traveling workshops focused on business and career skills for members outside the New York area.

With approximately 10,000 members–and membership categories added in recent years for self-publishing authors as well as for students and aspirational writers who have yet to publish–the guild is the oldest and largest service- and advocacy trade organization for writers, journalists, historians, and poets. But for most of its first century of operation beginning in 1912, it has been seen by many authors, not incorrectly, as a New York City-rooted organization.

Under Rasenberger’s administration, the character of the guild is changing, taking on a more expansive stance as to the nature of the careerists it supports and of the industry in which they work. At times in the past accused by some writers of being focused on bestselling authors and of being too forgiving of publishers in their author relations, the nonprofit’s direction has changed to an issue- and service-driven one that includes the Fair Contract Initiative, which extensively challenges outdated contractual practices by publishers and publicly reveals the disadvantages under which authors frequently see themselves as working.

Last year, some were surprised when the guild named IngramSpark, the self-publishing platform program of Ingram Content, as the recipient of its distinguished-service recognition, changing perceptions of it as being only representative of trade authors.

This  year, VIDA: Women in Literary Arts, was the honored organization, announced May 25, a ringing endorsement of the imperative to improved the visibility and successes of women working in the publishing arts today.

Most recently, the guild drew headlines for demonstrating what direct advocacy efforts look like in the legal arena, its lawyers going to court to defend authors against an effort by a romance writer to trademark a common word so that other authors couldn’t use it in a title. As Publishing Perspectives reported, the “CockyGate” scandal can understandably sound funny at first, but holds in its bid for language control a chilling concept that one author could be solely permitted to use a word of the language in certain instances.

The guild’s legal team worked with the Romance Writers of America to gain a ruling on June 1 from Judge Alvin Hellerstein of the Southern District of New York, indicating that the effort by writer Faleena Hopkins to trademark the word cocky appears not likely to succeed on the merits because the word is a common one and a weak trademark.

And in this newest bid for regional chapters, the guild includes an emotional-support concept for authors who, it points out, are generally thought to be among the most isolated of workers, doing the bulk of their work alone. In the member-benefits announcement the guild has made of its new regiona chapters, the administration writes about an “aim of connecting a broad array of authors on the local level throughout the country so that members will have more opportunities to engage in person with other writers. Our desire is to build vibrant writing communities wherever there are writers.” 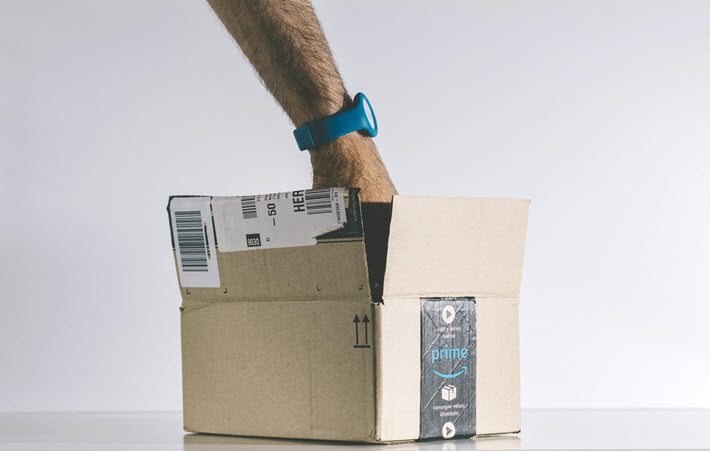 Also on Thursday, the guild has announced that it “has arranged a procedure with Amazon for resolving authors’ complaints with their Amazon book listings.”

The organization, with its clout as the voice of so many thousands of writers, has in the last year, the administration says, “opened a direct dialogue with Amazon.”

“In cases where [an] incident has been in violation of Amazon’s policies, they have worked with us to resolve them. In other cases, Amazon has heard us out and has been willing to review policies that work to the detriment of authors.”Authors Guild

“In addition,” the guild writes, “some authors have discovered customer reviews of their books that clearly violate Amazon’s own guidelines. Members in many of these cases have reported frustration or confusion about Amazon’s complaint procedures, and we would like to offer some help and an alternative.”

One of the most constructive aspects of this has to do with what the guild says is its ability to identify “issues [that] represent legitimate use cases and which do not, and we have been able to get these issues resolved.”

This is important because, as might be expected, the author community can at times misidentify aspects of writers’ experience with the big retailer that don’t, in fact, reflect actual bad conduct by Seattle.

A part of the company’s ability to work with the guild is that the organization provides a filter Amazon can recognize and trust to such a degree that in cases of legitimate complaints, the guild now says, “we have been able to get these issues resolved.”

The guild, in its announcement about the new channel, describes how it’s been able to cultivate a useful dialogue with the retailer for assessing various issues: “The guild will not be able to successfully resolve every issue, of course; but in cases where the incident has been in violation of Amazon’s policies, they have worked with us to resolve them.

“In other cases, Amazon has heard us out and has been willing to review policies that work to the detriment of authors.”

In other words, there’s a productive relationship based in what appears to be a respectful sense for each other’s needs and interests between Seattle and the guild, and the organization now sees this leading to the creation of a more formal arrangement for members to test grievances with the guild operating as a sounding board.

“After discussions with Amazon,” the guild writes, “we have agreed to an additional procedure that will directly flag issues where Authors Guild members feel they are being harmed as authors (not as customers), and online communications with Amazon have not borne fruit in a timely manner. Authors Guild members may now file complaints directly with the Guild. The Guild will review all of the author complaints to determine whether they raise problems that Amazon can or should address.”

Publishers will no doubt be watching closely to see what the effects the guild’s advocacy with the retailer can have. Areas under discussion in this new development include “abusive or incorrect [book] reviews,” copyright infringement allegations, complaints by customers, and reseller misuse of advanced reading copies (ARCs) and remainders.

You can read more about the guild’s new channel for author complaint resolution with Amazon here.