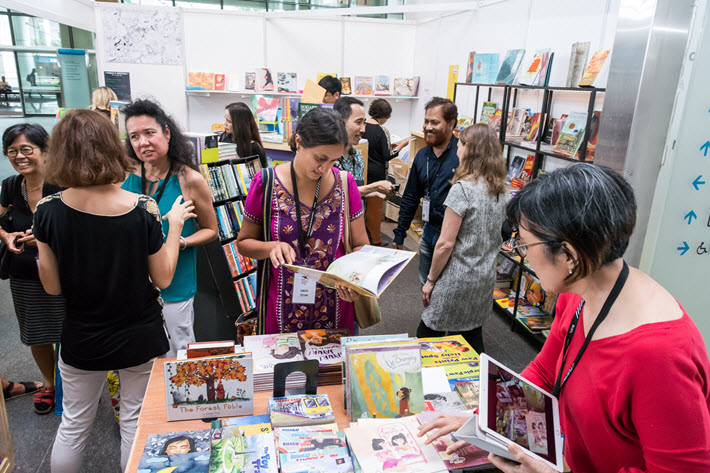 In recognition of the Singapore Book Council’s 50th anniversary, the Asian Festival of Children’s Content names Singapore its ‘Country of Focus.’ And in the States, Macmillan and Binc open a second year of diversity-driven bookseller scholarships. 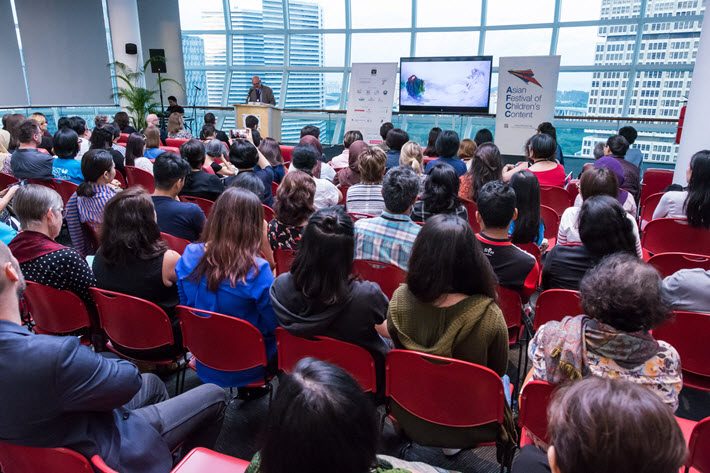 Ticket sales have opened for the ninth edition of the Asian Festival of Children’s Content, which will run from September 6 to 8 at the National Library on Victoria Street. Its Country of Focus this year is Singapore, itself, and the overall theme is “Imagine Asia”—in part, a recognition of the Singapore Book Council‘s 50th anniversary.

More than 90 Singapore and international writers, illustrators, publishers, storytellers, educators and digital media producers from as many as 14 countries are expected to participate in the programming, with key speakers including Japanese picture book author and illustrator Satoshi Kitamura; UK publisher Sarah Odedina, who has worked with authors such as J.K. Rowling and Neil Gaiman; and novelists and digital storytellers Colin Goh and Yen Yen Woo of Dim Sum Warriors.

The program this year is devised in three tracks, comprising:

The Singapore “Country of Focus” element has an emphasis on Singaporean traditions in children’s books and digital platforms, and an exhibition of the work of the late Singapore illustrator Kwan Shan Mei will be accompanied by Suchen Christin Lim’s presentation of the show’s annual Children’s Literature Lecture.

There’s also to be a public book fair component to the program and two prize presentations, the Hedwig Anuar and Scholastic Asian book awards.

Through July 31, there’s an early-bird discount on tickets with code AFCC2018 at the program’s site here. 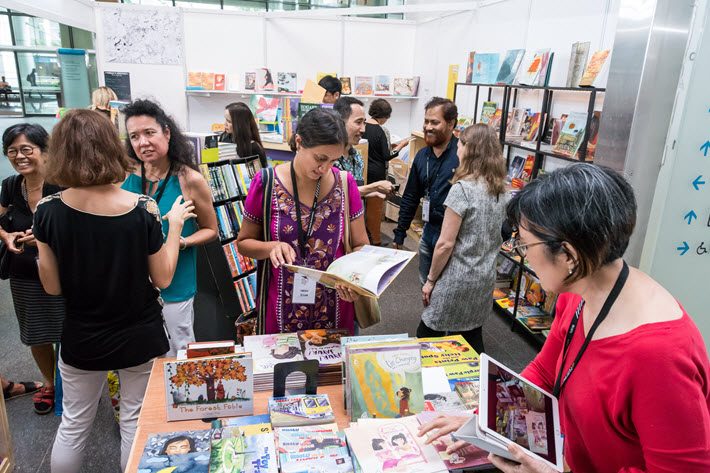 For a second  year, the Macmillan Booksellers Professional Development Scholarship is being mounted to promote professional development for booksellers “traditionally underrepresented in the industry,” in association with the Book Industry Charitable (Binc) Foundation.

The application period opened Friday (June 1) and will close on July 1.

In media messaging, the program reports, “The Macmillan Booksellers Professional Development Scholarship was introduced as a pilot program in 2017. The success of the 2017 program led to the continuation of the scholarships in 2018.

In a prepared joint statement from the co-chairs for Macmillan diversity and inclusion programs, St. Martin’s Press’ Monique Patterson and Macmillan Children’s Publishing Group’s Angus Killick, are quoted, saying, “Judging by the responses we received from last year’s participants, this is a worthwhile and rewarding program, which opens up a valuable experience to booksellers who would otherwise find it out of reach.”

And speaking for the nonprofit Binc program, its director Pam French is quoted, saying, “The Binc Foundation exists to help booksellers thrive. By working with Macmillan Publishers to bring diverse voices to regional trade shows, we’re enriching conversations and improving the story of the bookselling industry.”

According to media materials, to be eligible to apply for a scholarship, a bookseller must have worked in a bookstore as a regular full- or part-time employee for a minimum of 90 days. The bookstore must be a member in good standing of one of the regional trade associations. The applicant will answer three brief essay questions and the winners will be selected by a panel composed of Binc board members, booksellers, bookstore owners, and publishers.