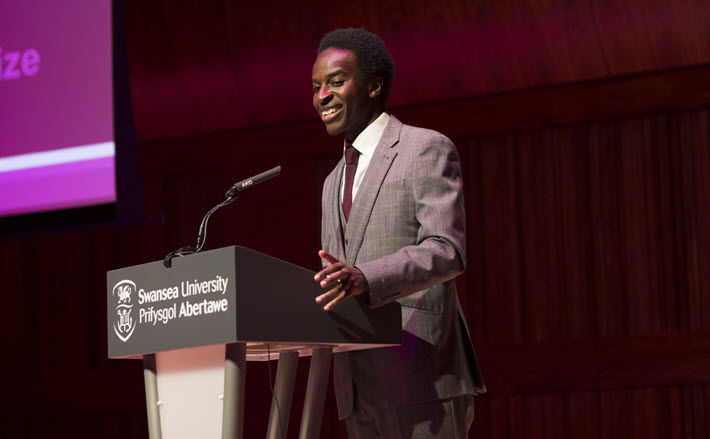 This year’s Dylan Thomas Prize for an English-language work by a writer 39 or younger goes to a poet whose work is on black masculinity in British society–’immensely relevant,’ as the jury chair puts it. 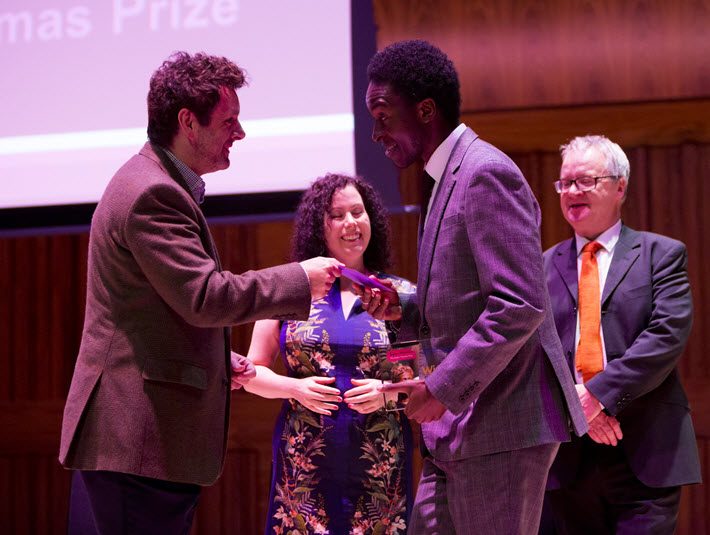 In a first for the 10-year-old Swansea University International Dylan Thomas Prize, a British poet has been awarded the £30,000 (US$40,589) honor.

The prize was given to Chingonyi on Thursday evening (May 10) at Swansea University in Wales by Dylan Thomas’ granddaughter Hannah Ellis and by BAFTA-winning actor Michael Sheen, a fellow with the university and known for his work in Masters of Sex, Frost/Nixon, The Queen, and Midnight in Paris.

Sheen, in his comments, called Kumukanda, “a stunning and hugely culturally relevant collection of poems that keenly explore black culture, masculinity, and identity in Britain today.” 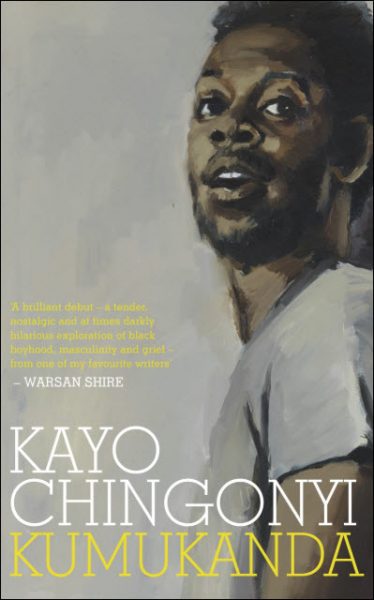 Kumukanda is published by Chatto & Windus, an imprint of Penguin Books UK.

The Dylan Thomas Prize annually recognizes a literary work published in the English language by an author 39 or younger, in honor of the prize’s namesake, Welsh writer Dylan Thomas, who died at age 39, in 1953.

It’s one of the few major prizes that can go to a novel, drama, short stories, or poetry. The award ceremony coincides with International Dylan Thomas Day on Monday (May 14). Later in the month, Chingonyi will appear at the Hay Festival to discuss his work with the jury chair, Dai Smith.

In describing the work, Smith is quoted, saying, “Kayo Chingonyi has an original and distinctive voice and this collection, mature and moving, shows a young poet mastering form in various ways to reveal content which is both personal and immensely relevant to the social dilemmas of Britain today.” 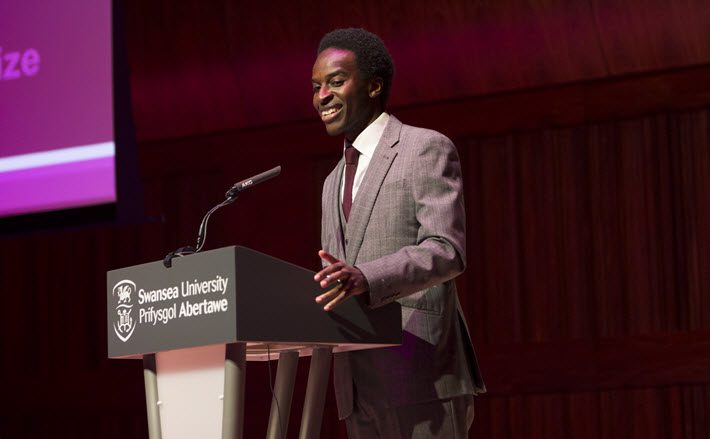 Kayo Chingonyi speaks on May 10 at the 2018 Dylan Thomas Prize ceremony at Swansea University. Image: MidasPR

And the 31-year-old Chingonyi, in accepting the prize, seems to have been deeply moved, particularly with the connection of the award with Dylan Thomas’ work.

“I’m staggered,” he said. “It’s wonderful to receive an award in the name of Dylan Thomas, whose work was introduced to me by a really inspirational teacher by the name of Rachel Baroni, who introduced me to Under Milk Wood, and I’ve been fascinated by his work since then. I want to take a moment to thank my teachers [who] gave me the confidence to continue writing the poems I was writing just for myself.

“It’s through the kind of inspiration of those people in my life that I continue to write and follow it through, and now poetry is the center of my life, and there’s no sense in which writing couldn’t be a part of life. I’m very grateful.”

Chingonyi was born in Zambia in 1987 and moved to the UK at age 6. In addition to Kumukanda, he has written two pamphlets, and is a fellow of the Complete Works program for diversity and equality in British poetry. He was associate poet at the Institute of Contemporary Arts in 2015 and won a Geoffrey Dearmer Prize in 2012.

The six-title shortlist from which Chingonyi’s poetry collection was chosen included:

And previous winners of the Swansea University International Dylan Thomas Prize include Max Porter’s Grief Is the Thing With Feathers (2016); Joshua Ferris’ To Rise Again at a Decent Hour (2014); and The High Places by Fiona McFarlane (2017). 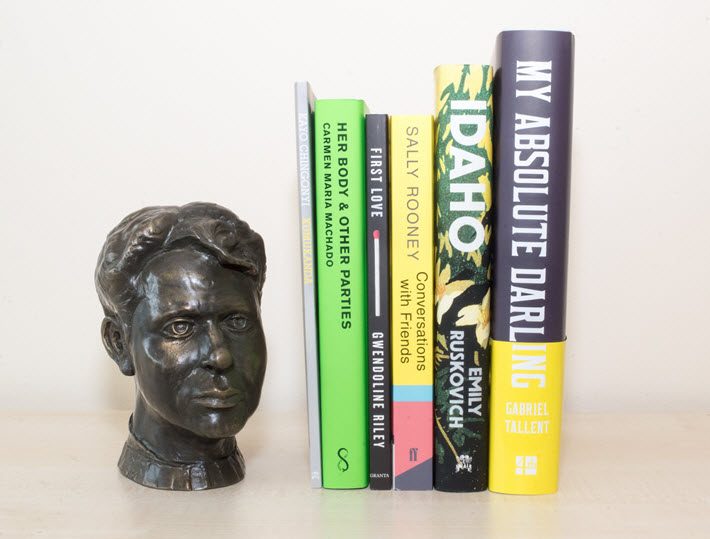 More from Publishing Perspectives on the Swansea University International Dylan Thomas Prize is here. And more on publishing awards is here.