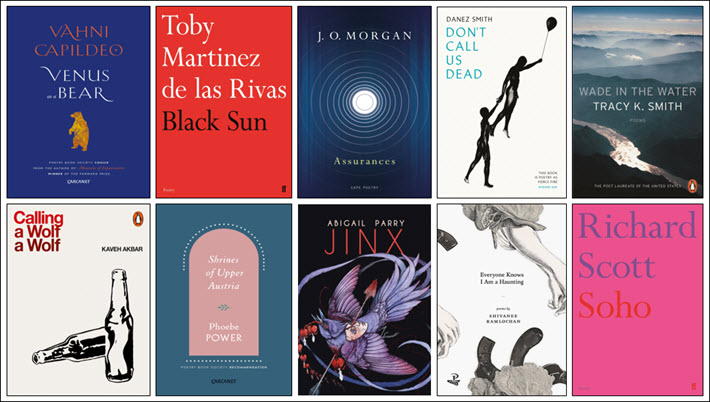 Ten books of poetry and five single poems are shortlisted for the 2018 edition of the UK’s Forward Poetry Prizes, which are to be awarded in London in September. 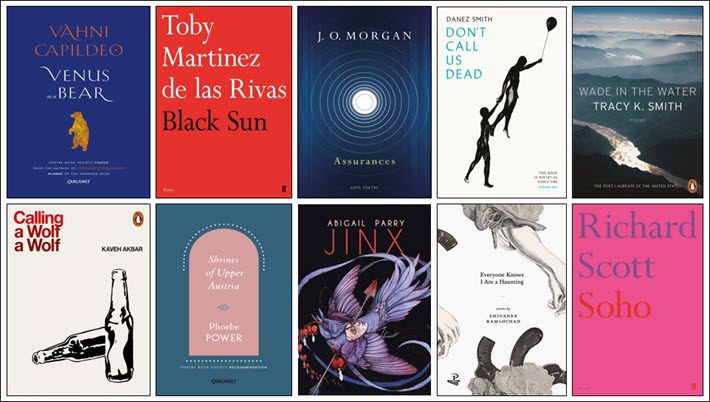 The three categories for this year’s Forward Poetry Prizes again recognize a collection, a first collection, and a single poem.

As before, a total £16,000 (US$21,300) is at stake, the jury’s final decisions to be honored at an event at London’s Southbank Centre on September 18. On that occasion, there will be readings from all the shortlisted works being named today (May 24).

Poetry in the UK reportedly is enjoying good sales gains and diversity among its writers.

As reported by Katherine Cowdrey last August at The Bookseller, sales of poetry books in 2016 were said to have reached just under £10 million, a first “since records began.” At that point, Nielsen saw the sector up 13.9 percent in the first part of 2017, reaching £4.5 million and 501.177 books sold, a rise of 13.9 percent in the UK.

Last month, The Bookseller’s Natasha Onwuemezi reported that the trend continued in 2017. Nielsen BookScan’s Andre Breedt said that poetry book sales have seen a 66-percent increase in the past five years, which saw more than r a million poetry books sold at a value of £11.1 million (US$14.8 million).

And in terms of the diversity observers are discussing in the field, Onwuemezi wrote, “Demographic analysis of England’s 1.4 million poets suggests they are as a group significantly more diverse than the audiences and/0r participants for other cultural forms, including theater, opera, ballet, and contemporary art. Poetry writers are younger and more diverse than the typical population sample, with a high proportion of women and of individuals defining themselves as LGBTQ.”

The Forward jury for 2018 has read submissions totaling 207 collections and 188 single poems, and has selected the following finalists.

In an era when publishing’s relationship to politics is being studied by many, for example, it’s noted that J.O. Morgan’s Assurances,which is not a collection but a single book-length poem being released in the UK on June 7 by Penguin’s Jonathan Cape. It comes out in digital format in the States on the same date, June 7, from Vintage.

The publisher writes that the work “begins in the 1950s during a period of vigilance and dread in the middle of the Cold War: the long stand-off between nuclear powers, where the only defense was the threat of mutually assured destruction. … We listen to the whirring minds of machines; to the voice of the bomb itself. We spy on enemy agents: always there, always somewhere close at hand.”

Danez Smith’s Don’t Call Us Dead (Chatto & Windus in the UK, Graywolf in the States) opens depicting “an afterlife for black men shot by police, a place where suspicion, violence, and grief are forgotten and replaced with the safety, love, and longevity they deserved here on Earth.”

The US’ poet laureate, Tracy K. Smith, is shortlisted, as well, for her Wade in the Water (April, Penguin UK, and Graywolf in the States), described as examining “what it means to be a citizen, a mother and an artist in a culture arbitrated by wealth, men and violence.”

‘Joyful in Their Audacity’ 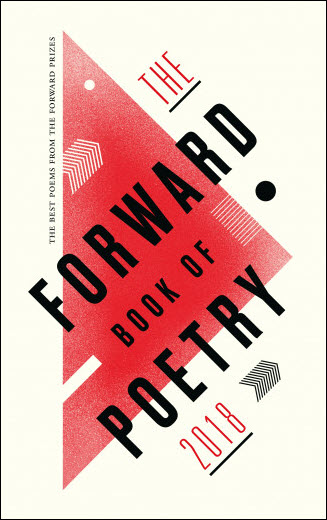 The jury for this year is headed by broadcaster Bidisha and includes poets Mimi Khalvati, Niall Campbell and Chris McCabe, director of the National Poetry Library, plus Jen Campbell, poet, author and vlogger.

In a prepared statement, Bidisha is quoted, saying, “The poets shortlisted explore everything from sexuality and passion to race and identity, nuclear war to motherhood, the ruins of the past and the challenges that lie in the future. Their styles range from controlled elegance to passionate declaration, crisp formalism and conceptual rigor to song-like flow and wry diary-style notes, but are all fiery and joyful in their audacity.”

Organized by the Forward Arts Foundation, a charity for the promotion of poetry written in the English language, entries for the competition must be published in the UK or Ireland between designated dates each year.

Work translated from other languages is not eligible. Collections must have more than 40 pages (including front matter).

Poets are not allowed to enter their work, so self-published content is not accepted. Publishers must make all submissions and each is allowed to submit up to four collections by debut poets or established ones. Publishers can also enter up to three single poems. Collections by previously shortlisted poets can be submitted in addition to regular entries for a decade after their original shortlisting.

The jury members can also call in works of poetry not submitted, as additional entries to those made by publishers.

The program also produces a Forward Book of Poetry, which includes work from the 15 shortlisted entries and “50 highly commended poets,” with an introduction in the currently released edition by last year’s jury chair Andrew Marr. The marketing company Bookmark is the sponsor of the awards program and produces the annual book.

Forward also produces the UK’s National Poetry Day—this year on October 4—and has public monies in support of its efforts from Arts Council England.