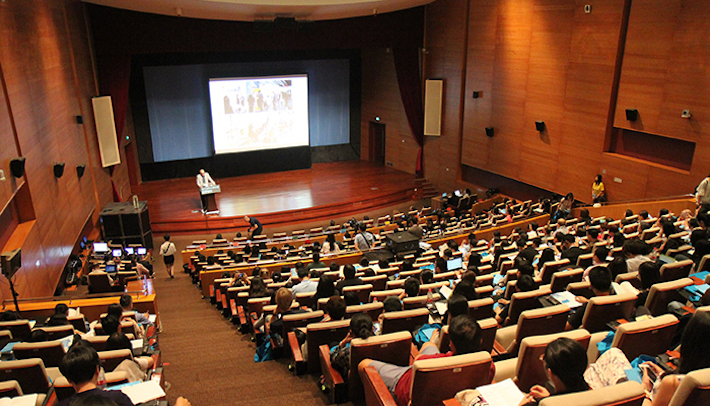 The upcoming StoryDrive conference in Beijing from the Frankfurter Buchmesse and its Chinese office puts a focus on new media business models in Asia and international markets.

For a sixth year, the Frankfurter Buchmesse and its Chinese office, the German Book Information Center Beijing, are organizing the annual StoryDrive Asia conference to address the new-media landscape in Asia and abroad.

The conference, which takes place in Beijing, May 28 to June 1, is designed to explore the changing media and book publishing business across Asia, with a focus on business models and cross-media collaboration.

Key themes in this year’s program include translation, visual storytelling, the future of education, and new-media business models.

StoryDrive Asia in Beijing is a strong and long-running component of the Frankfurter Buchmesse’s international portfolio of events and activities that take place all year.

Upcoming events in 2018 include the CONTEC Mexico conference with a focus this year on audiobooks (June 19 to 20) in Mexico City, the Paris-Frankfurt Fellowship for young publishers (May 30 to June 12), and the Jumpstart conference on education in New Delhi (August 2018).

Below are some highlights from these interviews, and you can read more on the StoryDrive Beijing website.

“I don’t underestimate the power of AI to transform the work of literary translators or agents. I think that it will be a question of working with it rather than insisting that it has no place in our field.

“Ultimately, the goal of translating literature is to open up communication between cultures and it is often claimed that it is too expensive to translate books. If AI opens up the door to more excellent quality translations then I’m not against it.

“Take a look at the world of animation. Technology has made animation work faster and be more cost-effective, but it hasn’t removed the need for skilled animators. In many ways, it has probably expanded the demand. I think as an industry it would be better for us to take a positive and inquisitive mind toward this and try to make technology work to support and improve our working practices.”

Huang Yikun, President of Jianshu Copyright Center, on his company’s impact on writing:

Dhawal Gusain, CEO of The Viral Fever, on media consumption in India:

“Increased Internet penetration means that Indian youths are watching everything from How I Met Your Mother to House of Cards–getting their entertainment directly from the Web.

“For these heavy Internet users, the appointment-viewing demands of TV are losing their charm. Creators in India have taken note of this, and the number of Web-series titles has grown from about five to eight in 2016 to an expected number of 100 in 2018.”

Tarek El Bolbol, CEO of Booklava, on streaming content in the Arab world:

“This is something that has impacted many industries around the world, such as music (Spotify), TV (Netflix), transport (Uber), and more—and we can already feel these changes in the Arab world.

“I believe this will eventually spill over to audiobooks, but perhaps more slowly.”

More from Publishing Perspectives on the StoryDrive series of conferences is here.