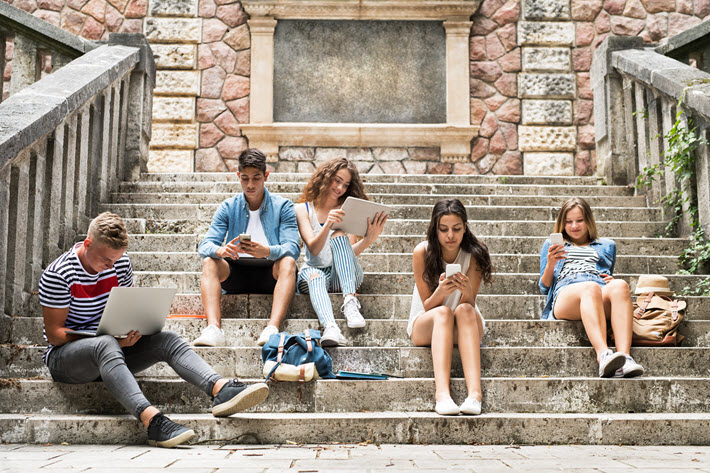 How are authors’ contractual rights with a publisher best handled when the house rolls out a digital subscription offer? An authors’ lawsuit of Cengage is calling the question. 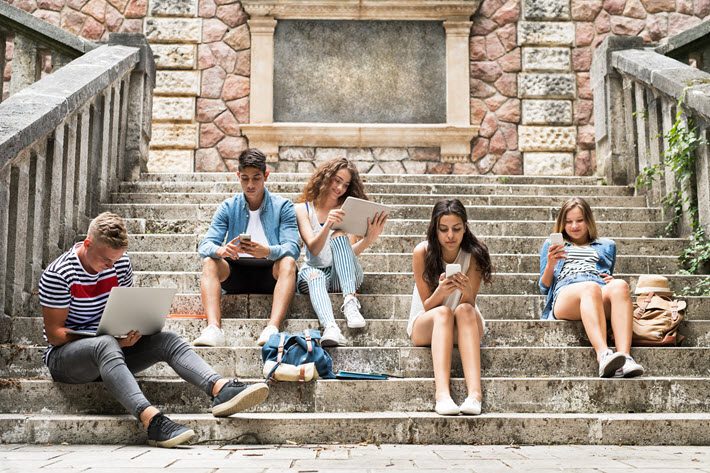 Cengage: ‘Steadfast in Our Commitment’

When Cengage CEO Michael Hansen told Publishing Perspectives in January that the higher-education company would launch Cengage Unlimited later this year, he took care to mention that authors’ rights were being handled correctly.

“We worked with our authors carefully,” Hansen said, “to be sure we’re living up to the letter of our contracts with them.”

As it has turned out, though, two textbook authors have filed suit in the Southern District of New York, alleging in court papers that “Cengage has trampled on its authors’ rights” since coming out of bankruptcy in 2014, in changing a “fundamental bargain struck between [authors] and their publishers for the payment of royalties upon the sale of their works,” emphasis in the original.

The two authors, David Knox and Caroline Schacht, are seeking class action designation for the suit.

As Andrew Albanese writes at Publishers Weekly, “The suit also claims that Cengage is not properly compensating authors for its distribution of ‘digital courseware’ and other add-ons such as ‘multimedia displays, homework, quizzes, tests and other supplements’ derived from their authors’ work.

“While we are disappointed that this complaint was filed, as it seeks to perpetuate a broken model of high costs and less access, we are grateful for the support we have received from the majority of our authors.”Cengage Statement

“And finally, the authors claim that Cengage is refusing to share royalty and sales data,” Albanese writes, “that would allow the authors to audit their payments.”

In that last instance, the authors charge that they’ve “experienced marked declines in their per-unit royalty payments,” but have been unsuccessful in asking Cengage for “access to underlying sales data and royalty calculations.”

Needless to say, this isn’t the sort of public relations a company wants when trying to reposition itself for a subscription model—or any other new development.

As Hansen has described the new offer for students to Publishing Perspectives, Cengage has intended in August to open the new program across all 70 disciplines represented by its curriculum content, more than 20,000 titles comprising more than 675 courses, for a cost of US$119.99 per semester or $179.99 per year.

In his interview with us, Hansen compared the costs of the coming program for students to “the roughly $579 they’re paying now, stitching together all kinds of content, waiting, delaying decisions, doing rentals, doing all kinds of stuff, which is a very unpleasant process for the student.”

Michael Cader’s write-up at Publishers Lunch adds that “The suit cites ‘calls and presentations’ for authors from Cengage about their new subscription model as indicating that ‘authors will not be permitted to opt-out of the Cengage Unlimited model, and Cengage will be curtailing its support for individual-title sales.'”

Cengage’s Messaging to the Press

When Publishing Perspectives asked Cengage’s offices for a comment on the lawsuit, which was filed May 14, the company replied with a comment asserting that all is well in both its intentions and actions.

“We have communicated clearly with our authors that the subscription service is consistent with the terms of their contracts, which we continue to honor.

“In addition, we have outlined for them the rationale behind the new business model: it is designed to address the decades-old problem of affordability in higher education. The reality is that students can’t access quality learning if they can’t afford to buy the materials.

“Our authors, like those at our competitors, have seen declining royalties as a result of high prices that lower demand. The subscription service addresses students’ concerns and enables a more sustainable business model for the company and our authors.

“While we are disappointed that this complaint was filed, as it seeks to perpetuate a broken model of high costs and less access, we are grateful for the support we have received from the majority of our authors, as well as students, faculty and administrators.

“We remain steadfast in our commitment to proceeding down the path that will ultimately save students hundreds of dollars a year.”

The company also points us to an author’s positive comment on the Unlimited program. 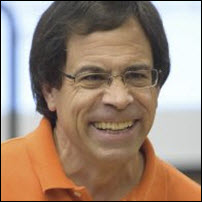 Ciampa, an assistant professor of computer information systems at Western Kentucky University in Bowling Green with a PhD from Indiana State, writes on Cengage’s website, in part, “I am very excited about Cengage Unlimited. … From a strictly authoring perspective, all authors with whom I have spoken have witnessed a decline—sometimes a sharp decline—in royalties over the past several years. … The cause is students not purchasing the required books and materials for a class.

“Cengage Unlimited addresses this issue in an affordable way for students that will produce a more consistent royalty stream for authors, which in turn gives authors a better opportunity to continue their work in authoring.”

Author Doug Ferguson, identified as a professor at the College of Charleston, leaves a comment at Albanese’s story. It reads, “I’m a Cengage author and take a positive view that more students will likely adopt less expensive textbook solutions, providing the potential for higher royalties to authors. As a professor, I am more likely to adopt books in the Unlimited option because I will encounter fewer students completely opting out of obtaining the book (or resorting to pirated copies from libgen).

“My complaint with Cengage is not how they pay royalties but how poorly they communicate with longtime authors, frequently switching out editors, and failing to communicate with authors who seek to update textbook editions that have fallen badly out of date.”

“I appreciate Cengage’s innovation. I just wish we would have been more involved from the beginning and that we had a model or two from which we could make a rough prediction of the future.”Daniel E. Hall, author

More comments from authors seem to indicate that the company has encountered wider misgivings in its author corps than may have been anticipated.

Angela Hoy of the University of Houston writes, “Cengage should have asked which of their authors wanted to participate, and offered only those individuals new contracts, and participation in the new subscription service. I seriously doubt that all of their authors’ contracts include a “future online subscription” clause. If they’re continuing to pursue this over the objection of some of their authors, and if it’s true that Cengage is (allegedly) ‘refusing to share royalty and sales data’ with their authors, perhaps this means things are not going well there.”

Another, Daniel E. Hall from Miami University, writes in part: “I am a long-term author who would like more information from Cengage. … With so little information, it appears that about anything can happen. I expect overall sales to increase because I assume the devastating resaled market will be greatly reduced. … I appreciate Cengage’s innovation. I just wish we would have been more involved from the beginning and that we had a model or two from which we could make a rough prediction of the future.”

And while Mark Ciampa’s remarks pointed out to us by Cengage certainly sound upbeat, two clicks away are extensive efforts by Cengage staffers to explain and answer royalty questions for authors, going back to January. This turns out to be a long-running conversation, a dialogue the company is conducting with its content creators, some of whom are having trouble determining whether their rights may be infringed by the Unlimited subscription development. 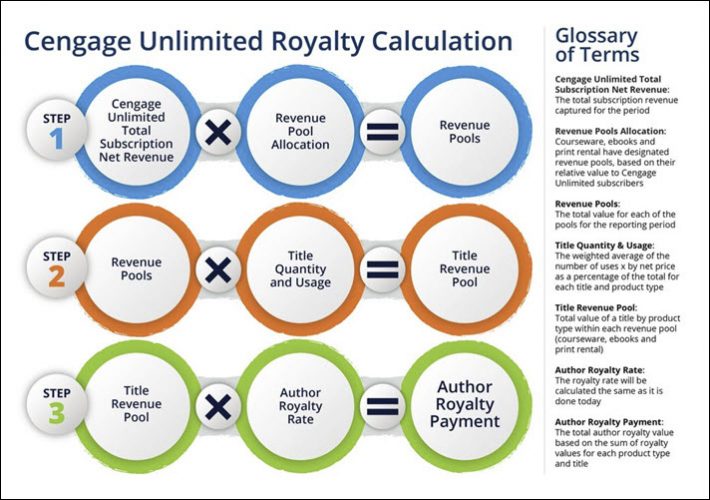 She does offer, however, two points the company obviously feels are important, in a “What Is Changing” and “What Is Not Changing” format.

The familiar format for purchasing Cengage materials is not going away. Joyner writes, italics hers: “It is important to note that Cengage Unlimited is not replacing traditional access to Cengage materials, and courseware can still be purchased standalone or as a bundle, and print editions will still be available for purchase and rental obtained through traditional channels.”

And then she lays out what she says is changing this way: “The only change that we are announcing to the royalty calculation is for sales revenue generated by Cengage Unlimited subscriptions. Because the subscription covers access to not only courseware, but also ebooks and print rentals, we are working with independent consultants to create a fair and accurate royalty allocation structure for the subscription fees according to the relative value of each offering.”

She then defines the Unlimited royalty calculation as being based on the following four components, giving us a general picture of how things are being developed in terms of author compensation. Quoting from the company’s post, the four points of valuation are:

“This usage-based model,” Erin Joyner writes, “means that every title used by Cengage Unlimited subscribers earns a percentage of royalties. That percentage is based on the relative value of each solution within Cengage Unlimited (e.g., courseware, ebooks, print rental).”

Meanwhile, court papers filed in Knox and Schacht v. Cengage Learning Holdings seek damages “for Cengage’s breach of the publication agreements and frustration of the agreed upon royalty-on-sale compensation structure” and more. A long, hot summer may await.