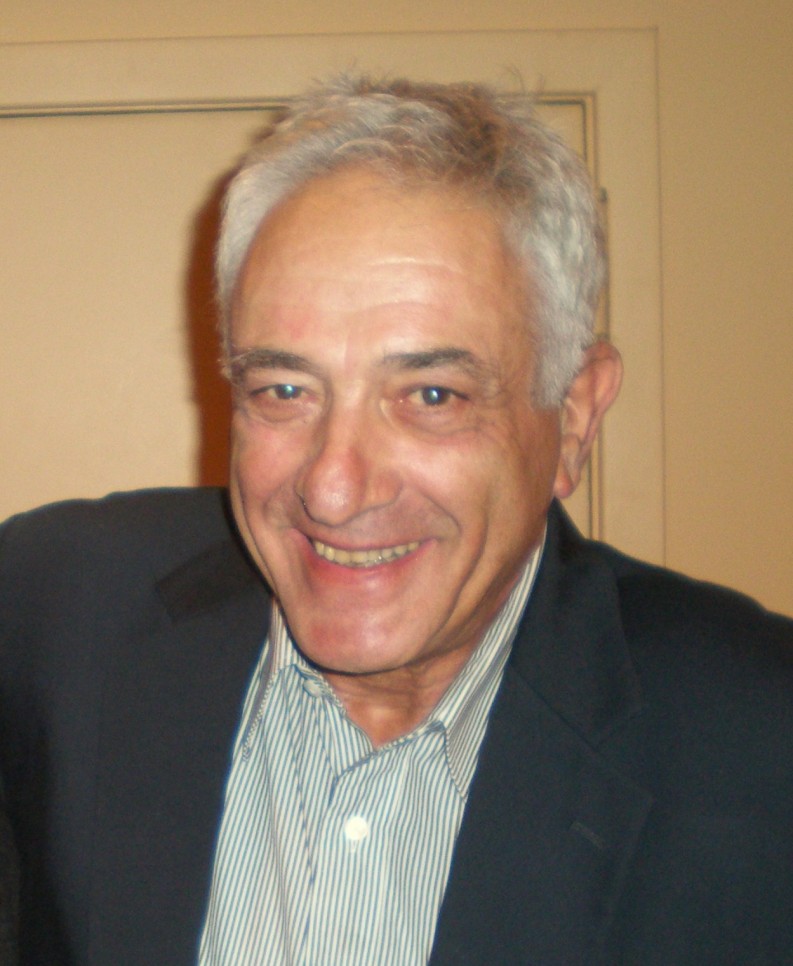 Former Penguin CEO and publisher of Overlook Press, Peter Mayer will be remembered for his zeal for publishing and love of great books. 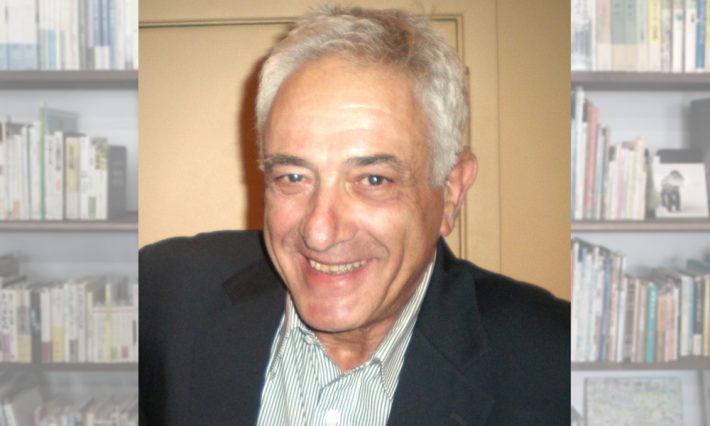 On May 11, the charismatic and influential book publisher Peter Mayer died at age 82. Known for the energy and passion he brought to book publishing, Mayer achieved international recognition for his work, particularly during his time as CEO of Penguin Books and as the founder and publisher of Overlook Press.

In a statement announcing Mayer’s death, the staff of Overlook Press wrote: “Over his legendary, six-decade career in book publishing—which included 19 years spent as the CEO of Penguin Books—Peter had a profound influence on several generations of authors and publishers, a legacy that is sure to endure.”

Among numerous professional awards and honors, Mayer was named a Chevalier and Officier of the Ordre des Arts et des Lettres by the French Ministry of Culture. And in 2008, the London Book Fair honored him with a Lifetime Achievement Award.

Mayer, born in London in 1936 and raised in America, began working in publishing in 1961 and worked his way up the ranks to become publisher and president of Pocket Books in 1976.

In 1978, he was appointed CEO of Penguin Books in the UK, which was languishing at the time. During his tenure there, which lasted until 1996, Mayer is credited with turning Penguin into a profitable business and expanding its international presence.

His transition to Penguin and the UK was not without challenges, however. In an interview with the Frankfurter Buchmesse, Mayer described how some in the UK reacted to having an American take over at Penguin: “At the beginning, I did indeed encounter barriers in London; above all the British media was against my appointment because Penguin was such a British company. […] Fortunately, there were others who saw the necessity of a change at Penguin, and when I revived the company in the ’80s, it was perhaps proof that an American isn’t just a hinderance.”

During his time at Penguin, Mayer opened offices in China and India, and he oversaw the publication of Salman Rushdie’s The Satanic Verses. The book was first published in 1988, and in 1989, Iranian leader Ayatollah Ruhollah Khomeini issued his infamous fatwa ordering the killing of Rushdie.

In a video for Web of Stories, Mayer said that he’d made a decision to support Rushdie and continue publishing the book, despite the “loss of life connected with its publication” and death threats. “Our liberties would be curtailed,” he said, “if any particular minority could forbid any book.”

In addition to his work at Penguin, Mayer founded Overlook Press with his father in 1971. Following his departure from Penguin, Mayer went on to work as president and publisher at Overlook. In 2003, he bought the ailing Duckworth Press in the UK, giving Overlook a transatlantic footprint.

“When I was at Penguin,” Mayer said, “we published all the best-known classics–not everything, but a great many books. I did all of those…and now in my post-Penguin career, I’m a certain age, I can’t go on forever, and I’d like to leave the publishing and literary world with this.” 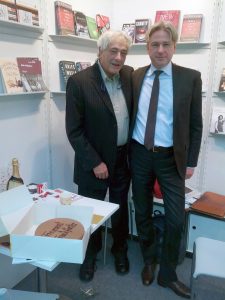 Peter Mayer (left) celebrates 50 years as an exhibitor at the Frankfurter Buchmesse with Juergen Boos in 2012. Image: Thomas Minkus

As a leading figure in international publishing, Mayer was also a longtime supporter and attendee of the Frankfurter Buchmesse. He celebrated his 50th year exhibiting in Frankfurt in 2012.

Buchmesse director Juergen Boos told Publishing Perspectives, “In my many years at and with the Frankfurter Buchmesse—as an exhibitor, trade visitor, and later director—Peter was always a constant for me. His presence assured me that we work in a special industry, in which the quality of our work comes first. We will miss him, in New York and Frankfurt.”

Mayer also served on the advisory board for the German Book Office New York for a number of years. Riky Stock, director of the GBO, remembers Mayer this way:

“When I first met Peter Mayer at one of his author parties in 1999, I was an assistant, fresh off the boat from Germany, and I was immediately charmed by this mighty publisher who engaged me in a long conversation, partly in German about German books he read as a child…

“It was the first of several such inspiring conversations over the years. Some took place in his offices with him smoking, of course. Once, in the midst of our meeting, and while he continued talking, the trash can caught on fire, which he put out by dumping a glass of water over the fire and the surrounding manuscripts…

“I admired him and his fierce personality. We’ve lost a wonderful publishing personality and we’ve lost a fierce supporter of German literature in translation.”