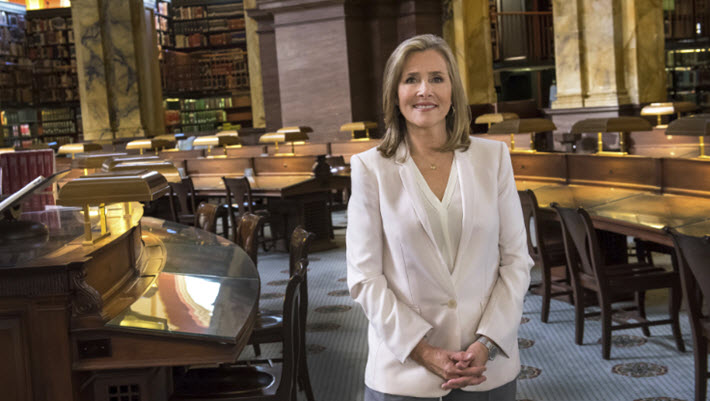 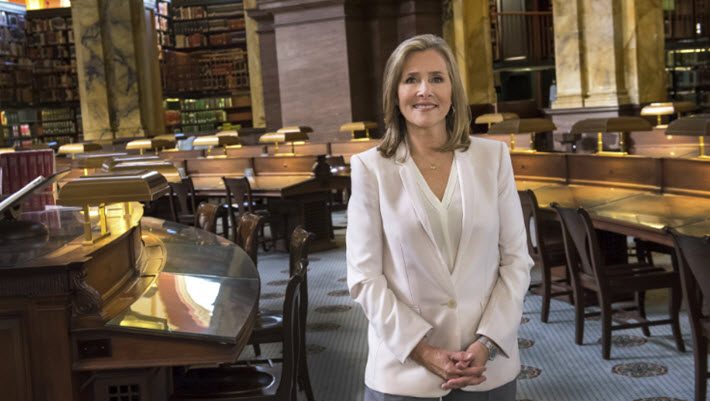 The PBS The Great American Read program—a combination of roadshow television series and reader-vote interaction—has its first television outing tonight (May 22) at 8 p.m. ET, and at the same time, voting will open for what the show’s producers at Nutopia call a search for “America’s best-loved novel.”

As Publishing Perspectives has reported, the list of 100 titles—in an exercise that’s an almost surreal reflection on American readers’ interests—pits the Fifty Shades of Grey series and Jurassic Park against To Kill a Mockingbird and The Grapes of Wrath; Gone Girl and the Twilight series against War and Peace and Wuthering Heights; The Da Vinci Code and  the Left Behind series against Americanah and Atlas Shrugged.

After tonight’s opener with television personality Meredith Vieira hosting, the show goes on the road for the summer, taping five one-hour episodes “that examine concepts common to groups of books on the list,” and a finale in which the results of the votes are announced. Those programs are to be aired in the late summer and autumn between September 11 and October 18.

The rules for voting mirror the general light-hearted, populist nature of the event: “You can place one vote for each book every day, so go ahead and vote for all your favorite books,” the voting instructions tell us.

While a survey sample of some 7,200 is said to have been used by the polling service YouGov to select an initial round of books, which was then “tallied and organized based on our selection criteria and overseen by an advisory panel of 13 literary industry professionals” who, apparently, shall remain unnamed.

In getting to the final 100, the criteria were these, quoting the show’s materials:

As described by the network, “The list contains a broad range of fictional titles, authors, time periods, countries, genres and subject matter. The list includes books from as far back as the 1600s and as recent as 2016. From beloved world literature to contemporary best sellers, many categories are represented: 20th century American classics, thrillers, young adult novels, sci-fi/fantasy, adventure, historical fiction, romantic stories, and books that represent the human experience told from a diverse range of perspectives.”

As we’ve written, those familiar with the 17-year-old deeply serious, issue-driven Canada Reads program on contemporary literature from the Canadian Broadcasting Corporation (CBC) will see that the PBS program is a dramatically different approach, perhaps directed less toward generating critical thinking than simply encouraging summer reading and a spirit of readerly community.

We’ll add here the trailer for the Great American Read from PBS.

Ignition can provide a revenue-share program in which Open Road manages the complete 360-degree marketing for select titles from its publishing partners. Revenue the company generates that exceeds the partner’s baseline revenue is shared between Open Road and the participating publisher. The partner pays nothing for any sales up to the prior year’s baseline results.

In a prepared statement, Open Road CEO Paul Slavin is quoted, saying, “In addition to increasing revenue,” through the company’s Ignition marketing, publishers can also “develop insight and expertise into effective digital marketing, and demonstrate to their authors a commitment to maximizing value across their full catalog of ebook titles.”

The program, he said, “also benefits Open R0ad’s consumers who will see thousands of new titles as part of the personalized content delivered to their inboxes every day.”

Speaking  for Ingram, Mark Ouimet, its vice president and general manager for publisher services (including Group West and Consortium) is also quoted, saying, “Every day we’re looking for ways to connect our client publishers with their consumers.” He says that the Open Road program can offer “our publishers the opportunity to leverage Open Road’s audience and marketing expertise to better reach readers.”

In press materials, Open Road reports that since launch, Ignition has generated almost a threefold uplift in sales of partner titles, which now include more than 1,000 books from dozens of publishers including Houghton Mifflin Harcourt, Grove Atlantic, Workman/Algonquin, and Abrams.

The Open Road program uses its digital newsletters, originally based in the Open Road Media collection of significant literature, to deliver branded messaging for clients. In addition to the archive and publishing element for which the company first was known, the newsletter brands include Early Bird Books, a daily ebook deals newsletter and site; The Lineup, for fans of true crime, horror, the mysterious, and the paranormal; The Portalist, for fans of science fiction, fantasy; Murder & Mayhem, for fans of mystery and thriller; The Archive, for fans of history and non-fiction; and A Love So True, for fans of romance.