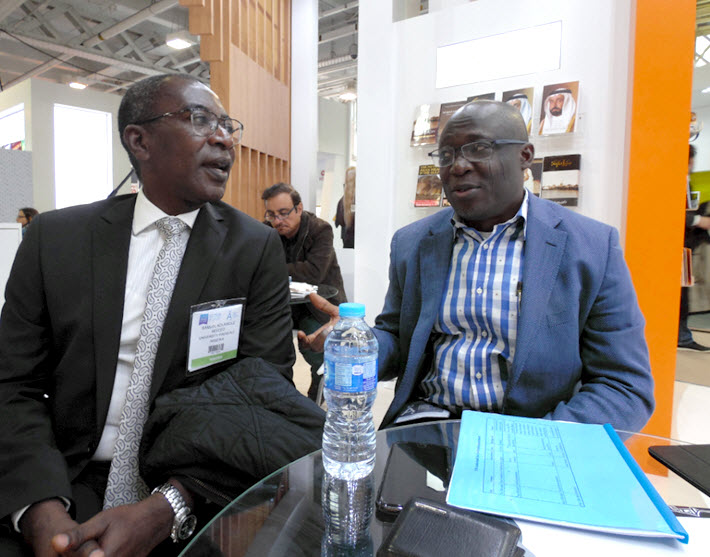 Nigeria’s first collaborative seminar with the International Publishers Association will focus on issues including a fierce battle African publishers are waging against book piracy. 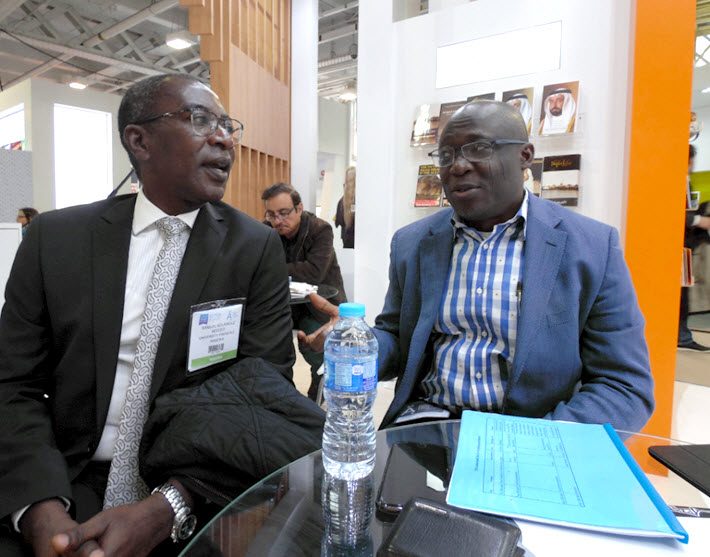 Toward ‘a Sustainable Market’

When local and international publishing professionals gather in Lagos on Wednesday (May 9), the first discussion topic for a group of expert speakers will be titled “The Socio-Economic Contribution of the Publishing Industry in Africa.”

Nigerian publisher Gbadega Adedapo tells Publishing Perspectives that there’s a good reason for that: piracy, he says, is one of Africa’s biggest problems in publishing, followed by the need to connect with the rest of the world: “It’s time to assert the value of this industry.”

“First and foremost,” he says, “in one of our meetings with the International Publishers Association (IPA), we talked about how having a sustainable market can mean producing quality content in all formats—and making our work accessible” to a fast-globalizing industry.

“When I go to IPA events,” he says, “I don’t see many black people or brown people.” And, conversely, he points out, his local and regional associates in Africa can be slow to realize the importance of reaching out to markets in other parts of the world. Coming together, in other words, takes effort on both sides.

Second, Adedapo wants to talk about piracy in a setting in which copyright laws are weak. “The challenge of publishers in Nigeria, and in many parts of Africa,” he says, “is the issue of mistrust between the authors and publishers.”

That mistrust, he says, is being bred by piracy.

“Authors see their work everywhere,” Adedapo says, and then they expect to be paid royalties for all the sales being made of those books, only to be told by publishers that many of those sales weren’t of legitimate copies. No money has come back to the publisher from a bookseller for the sale of a pirated book.

Needless to say, this is hardly what any author wants to hear, nor what any publisher wants to have to say. And the entire industry can find itself in a staring match over perceived lost royalties because the copyright framework isn’t strong enough to protect rights holders. A tradition of pirated content has become deeply established in the marketplace.

His association colleagues in Nigeria and the IPA’s administration in Geneva say they’d like to see this be the first instance of an annual event, with the seminar moving from one publishing hub to another in Africa each year. In this case, the seminar will run parallel to the Nigeria International Book Fair, which is scheduled for May 7 to 12 at Lagos’ Jelili Adebisi Omotola Hall.

“While every nation is different and each market unique, there are still many common goals for publishers across the African continent and this gathering will certainly help to establish those.”Michiel Kolman

Themes of the day, as captured in panel discussion titles, include:

In preparatory comments released by the IPA, Kolman sets the tone this way: “This seminar reflects the importance of the African publishing industry and its potential in terms of both cultural and economic progress. The topics up for discussion not only highlight the challenges being faced; they also explore a diverse set of possible solutions.

“While every nation is different and each market unique, there are still many common goals for publishers across the African continent and this gathering of such distinguished and accomplished guests will certainly help to establish those and move forward in both ambition and action.”

And in his answering comment, Adedapo in his formal statement calls the event “extremely important for the International Publishers Association, the African publishing industry, and Nigeria in particular.

“Not since the 29th International Publishers Congress, held in 2012,” Adedapo writes, “has there been a more important international event that focuses on the significant progress the African publishing industry is making. Publishing, literacy, and access to books are prerequisites for success in life and the development of our countries and continent.

“We must always remember that strong publishing industries and national cultures of reading are the foundations for socio-economic development and are critical for participation in most areas of life.”

In conversation with Adedapo during London Book Fair, however, it becomes apparent that on the ground in Nigeria, copyright and intellectual property protection issues–piracy–are uppermost in many minds in the industry at the moment.

‘Many of the Booksellers Are Also the Pirates’

The last panel of the day in Lagos should have keen interest from the audience, and is devised, the seminar’s information says, to look at how “highly localized customs, police, and industry coordination is required to enforce copyright and intellectual property laws.” While the seminar’s printed materials seem to step around the term piracy, Adedapo does not.

“If you’re talking of publishing in Africa,” Adedapo says, “and you want to talk about the future, then you have to look at how IP can be protected because without it, you have piracy.”

As recently as mid-April, an article in PM News wrote of how Yemi Adebiyi, chair of the Association of Nigerian Authors, has called on the federal government in Lagos to crack down on book piracy with stronger laws against it. Young writers, Adebiyi said, are being discouraged by the lack of legal protection for their work, and that in some cases booksellers, themselves, have been known to collaborate with printers on pirated copies of books.

The Price of Piracy: Mistrust in the Industry

It’s unclear at this writing how much representation at the seminar on Lagos on May 9 will include writers, although it seems that their voices could be helpful in describing the gulf of misgiving that Adedapo is describing.

“If somebody from the outside says to the government, ‘Look, this is the reputation of piracy you have here in the world,’ then they’re going to listen.”Gbadega Adedapo

When the University Press’ Samuel Kolawole joins the conversation, he tells Publishing Perspectives that one hope for Wednesday’s seminar is that representatives of the Lagos government will attend and will hear the conversation about the critical need for protection against piracy being interpreted and voiced by the international industry.

“You know, it’s one thing to hear it from your own people, but something else when the message comes from outside.”

“And it’s not just inside the country where piracy is an issue,” Adedapo says. “You also have it on the international scene” when pirated content from Nigeria and other parts of Africa is sold overseas.

“If somebody from the outside says to the government, ‘Look, this is the reputation of piracy you have here in the world,’ then they’re going to listen.”

Adedapo and Kolawole beam in anticipation of their chance to get this message across. “We are looking forward to having our government agencies join us,” says Adedapo, “and colleagues from Ghana and Uganda and other countries, as well as the IPA. So our meeting will make a lasting impression.”