‘We can use the marketing muscle and the global strength that we have to support this ever-widening range of storytellers,’ says Mikyla Bruder, publisher of Amazon Publishing.

In our Friday (May 4) edition, we spoke with Amazon Publishing UK chief Eoin Purcell about his experience of working with that trade publishing house in London after a career spent in Ireland’s publishing industry. Today, we follow that with our interview with the publisher of Amazon Publishing US, Seattle’s Mikyla Bruder. It’s a conversation  from our Spring Magazine, which focuses on issues of diversity and inclusivity in publishing.
By Porter Anderson, Editor-in-Chief | @Porter_Anderson

‘Incredibly Privileged To Be in This Business’

When looking at how the books industry is addressing diversity and issues of inclusivity, Mikyla Bruder, who leads Amazon Publishing‘s 15 imprints as its US publisher, points to an interesting irony about the business that many who work in it have noticed: it’s exactly the industry you’d expect to be the most diverse of all.

“I actually feel incredibly privileged to be in this business,” Bruder says. “What’s kept me in it so long is that it’s such a vibrant, and empathetic, and curious community of publishing souls, of writers and readers who don’t just care about ideas. They actually crave them.

“I think that all of that bodes very well for diversity in publishing. I do think we have many examples of what might be considered unique voices resonating widely.

“As a leader, there’s really nothing less interesting than the idea of surrounding oneself with people whose perspectives are ‘just like mine,’ right? The responsibility that comes with the privilege of being in this business is to proactively seek out other perspectives, not only in our writers, but also in our editors, in illustrators, in designers.”

The 15th imprint of the Amazon Publishing group—which already includes the translation powerhouse AmazonCrossing, the literary imprint Little A, Two Lions for children, Skyscape for the YA readership, Thomas & Mercer for mysteries and thrillers, and several more—is a distinctive and potentially ingenious demonstration of what Bruder means.

Topple Books takes its name from the production company of filmmaker and activist Jill Soloway, who will serve as the imprint’s editor-at-large. Soloway is executive producer of both  Transparent and I Love Dick for Amazon Studios. She also has written and directed episodes of each series. Topple Productions has eight series and four feature films in development.

And under Bruder’s guidance, Amazon Publishing has created the Topple imprint to focus on publishing “voices of women of color, gender non-conforming, lesbian, bisexual, transgender and queer writers.”

This development came about as a part of Bruder’s concept of where Amazon Publishing could deploy its specific capabilities in publishing. Having seen the growing success of Amazon Publishing buoyed so strongly by Amazon’s retail power, Bruder understood, of course, that the combination of an iconic media figure like Soloway and the sheer consumer reach of Amazon’s capabilities could propel diversity-driven content development on a potentially tremendous scale.

“The responsibility that comes with the privilege of being in this business is to proactively seek out other perspectives, not only in our writers, but also in our editors, in illustrators, in designers.”Mikyla Bruder

“I’m huge fan of Jill’s. We did the initial outreach” to Soloway, Bruder tells Publishing Perspectives, “but Topple Productions was onboard right away.

“The specificity of the imprint’s focus on revolutionary feminist voices, which I find so exciting and so relevant, is a very natural extension of Jill’s vision as both a creator and an activist.”

The filmmaker will work with Carmen Johnson, the editorial director of Little A—the literary imprint of APub—to select titles in what Soloway has called “a complicated, messy world where every day we have to proactively re-center our own experiences by challenging power.” And Bruder, working with Johnson, has the wherewithal at Amazon Publishing to experiment not only with the specific content Soloway brings to them but also with the way that content is developed.

For example, Bruder says, Amazon Publishing is open to developing a book at Topple Books from a work that begins as a screenplay at Topple Productions. “We’d love to find more stories that have the potential to be developed in multiple media and reach multiple audiences,” she says. “At the moment, we’re really focused on finding great stories first and foremost.” 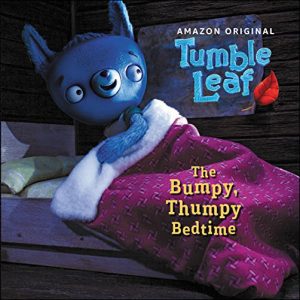 That synergy for the diversity imprint with Soloway already has been tested by Bruder and Amazon Publishing in the children’s books sector with Amazon Studios’ Tumble Leaf original series that premiered in 2014 as a stop-motion animated series for pre-schoolers.

“We’ve published tie-ins with Amazon Studios, with The Bumpy Thumpy Bedtime and The Tinsel Tree Celebration,” she says, books in the series by Lara Bergen.

And what can be seen in the Amazon Publishing group’s growing relationships with other parts of the wider Amazon retail and tech operation, inclusive of Amazon Studios, is what London Book Fair director Jacks Thomas has called “getting inclusivity onto publishing’s agenda.” 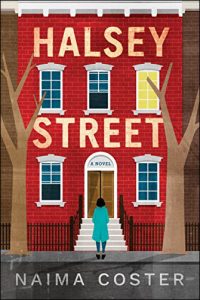 Clearly, the message is in place. Amazon Publishing is searching for opportunities to cultivate and lift up cultural relevance and range wherever possible.

“On our list,” Bruder says, “I’d point to Halsey Street by Naima Coster, a writer of Dominican descent” whose story of wrenching family loss and renewal that has to date sold “reached 90,000 readers in digital and print editions in two-and-a-half months” since its release.

Bruder also points to After Disasters, Viet Dinh’s novel—a 2017 PEN/Faulkner Award finalist—that takes a bracing look at the relationships of responders in the aftermath of a terrible earthquake in India. 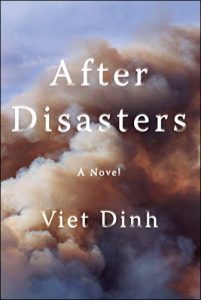 “What’s so interesting,” Bruder says, “is that these are such unusual diversity stories, but they’re resonating because they’re such human tales. As publishers, we all believe that reading makes us better humans—that much isn’t debatable—and diversity is a huge part of the answer to intolerance. But I also believe that as publishers, we have a critical mission to continually widen that search for important voices, which only serves to broaden our own perspectives.”

And in terms of today’s political realities, Bruder is particularly interested in seeing what the reception will be in July when Little A releases Obama: An Oral History by Brian Abrams, the first oral-history treatment of the Barack Obama White House told in the candid voices of more than 100 players in the administration to whom Abrams gained unprecedented access for the book. 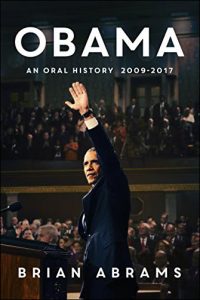 As Little A’s descriptive copy for the book says, Abrams’ account includes the 2016 election “from the morning after a gut-wrenching election night loss and leading up to the terrifying reality of January 20, 2017,” when Donald Trump was inaugurated.

“What I do think can ultimately make our contribution truly unique is that we can use the marketing muscle and the global strength that we have to support this ever-widening range of storytellers. My favorite quote on diversity in reading comes from Murakami. He said, ‘If you only read what everybody else is reading, you can only think what everybody else is thinking.’

“The goal, the vision of what we can really do, whether it’s AmazonCrossing with translation or really integrating diversity into not just what we’re publishing but how we publish it” as in Topple, “is to understand and react to the fact that there’s just so much opportunity for us today.

“Certainly, what Jill Soloway has shown us,” Bruder says, “is that when the stories are good, people respond.”

This is an edition of a feature article from our Publishing Perspectives’ Spring Magazine, which is focused on inclusivity and diversity. It’s ready here for your download as a PDF, and was distributed in print at London Book Fair.