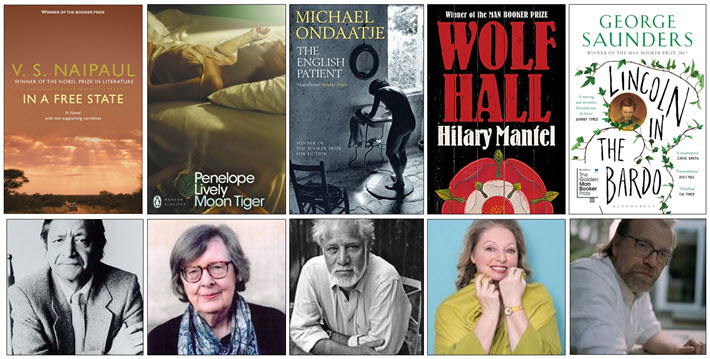 The 50th anniversary ‘Golden Man Booker Prize’ will go to one of the five titles shortlisted from five decades of previous winners. The public now is voting to determine which of these books will be most ‘golden’ of all. 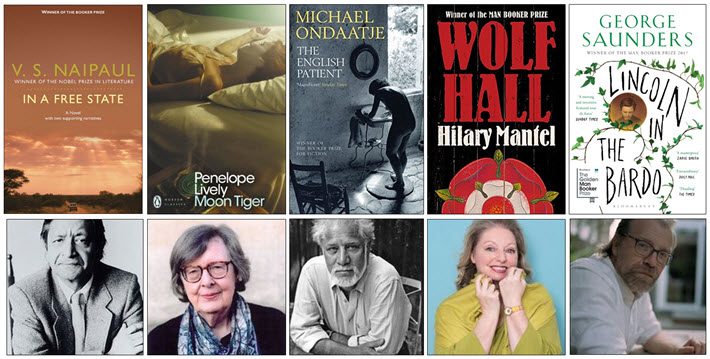 As Publishing Perspectives has reported, the mechanism for determining five top candidates for the “Golden Man Booker Prize” from 51 past winners involved the use of five jurors, each of them in charge of putting forward a nominee from her or his decade.

This “best of the best” five list was announced Saturday (May 26) at the Hay Festival, which is running this year in its flagship event in Wales through June 3.

The list comprises books by three men and two women:

At least one of the choices, George Saunders’ Lincoln in the Bardo, selected by the most recent decade’s juror, Hollie McNish, may rekindle some of the bitter debate that has surrounded the prize’s change in eligibility, effective in 2014. It’s then that the prize was “evolved” to allow, in the words of the Booker Prize Foundation trustees, “writers of any nationality, regardless of geography, to enter the prize providing that they are writing in English and published in the UK.”

While the foundation has maintained that the rule change wasn’t made “specifically to include American writers,” the past two years’ honors have gone to two US authors: Paul Beatty in 2016 and George Saunders in 2017. As we’ve reported, the situation has drawn considerable criticism and calls for the Man Booker to rescind that widening of eligibility. As yet, the foundation has remained firm in its resolve. 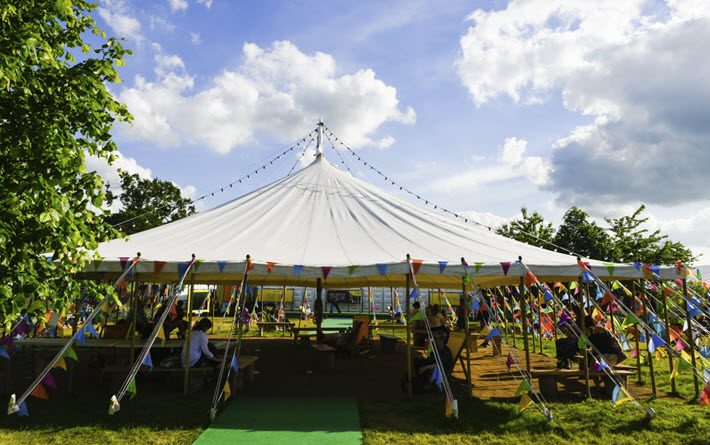 What follows now is a month of public voting through June 25, during which you can visit this page to register your own opinion and see videos of the jurors talking about the rationales for their decisions.

At least three of the publishers of the shortlisted titles are understandably pleased, Bloomsbury telling the Man Booker organizers, in a statement, that it will “reprint The English Patient by Michael Ondaatje, honoring the Golden Man Booker by using the original jacket used on the Booker prize-winning hardback edition when it was published in 1992.

“The photograph of a climber taken on the Almasy Expedition 1932 from a collection at the Royal Geographical Society was styled by photo artist Julian Lee for Bloomsbury’s Booker-winning hardback. Now, Bloomsbury assistant art director Greg Heinimann has recreated this iconic image from scratch and located matching fonts, to create a perfect facsimile of the original cover for this Golden Man Booker shortlisted edition.”

And Penguin reportedly will reprint Moon Tiger with a new cover, while 4th Estate will give Wolf Hall a golden cover.

Organizers also say that the UK’s major retail chains plus 66 independent bookshops and more than 300 libraries in the country will be engaged in the attention going to the Golden Five with staff choices, newsletter commentary, social media support, displays, and other recognition.

In a prepared statement, the chair of the foundation, Baroness Helena Kennedy, is quoted, saying, “The Golden Man Booker Prize judges have chosen a hugely exciting list of five books from the last 50 years, which showcases what the Man Booker Prize is all about: fiction of the highest quality.

“I’m confident these wonderfully evocative novels will appeal to the readers of today and hope that this campaign helps to find these authors many new fans. Now it’s over to the public to decide on the overall champion.” 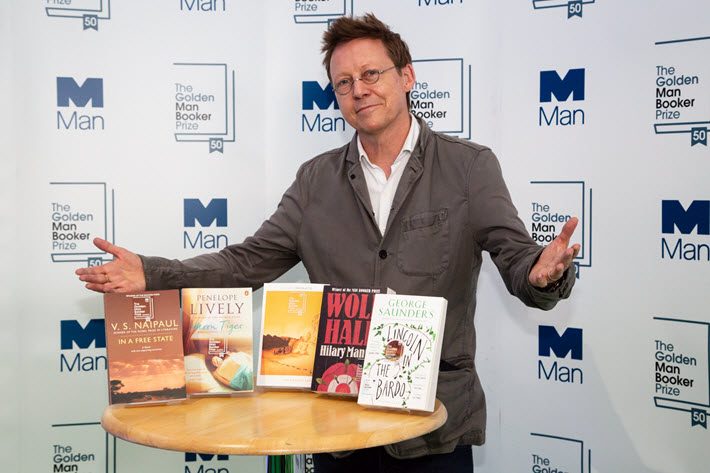 Jurors’ Arguments for Their Choices

The Booker Foundation has also made the jurors’ rationales for their choices available, and we offer those hear, as provided, with their respective videos.

“I chose to nominate In A Free State for three principal reasons.

“First, it is outstandingly the best novel to win the Booker Prize in the 1970s, a disturbing book about displaced people at the dangerous edge of a disrupted world that could have been written yesterday, a classic for all seasons. Secondly, it signals the maturity of the novelist who would go on to write at least two contemporary masterpieces, Guerrillas and A Bend in the River. Shockingly, despite Naipaul’s genius, neither of these took the Booker prize.

“And finally, I chose In a Free State because it exemplifies the work of the writer I consider to be the greatest living exponent of English prose fiction. VS Naipaul is a master, with the literary equivalent of perfect pitch.  In my book, he deserves to be placed at the head of the profession.”

“I chose Moon Tiger by Penelope Lively for three reasons. First, I’ve never read a book about the Second World War written by a woman about a woman. Second, Lively’s ability to bring her character and the world she inhabits into full technicolor is beautiful. And third, because of the risks she takes in how she changes the pattern of the story.

“The central character of Moon Tiger is dying from the start, but what a life Claudia Hamilton has had. What a woman: historian lover and war reporter. This is a unique book about a fascinating unpredictable woman way ahead of her time and yet absolutely of her time. She barely speaks. She is incapacitated in a hospital bed. Claudia Hamilton writes a history of the world and of her life all inside her head. Her family won’t hear this story though it is about them. None of her lovers either. She bears all without fear or favor. The nurse patronizes her. Her family visit and talk over her.

“But the lucky reader is given access to the mind of an incredible woman, by invitation of a wonderful writer.”

“The English Patient is that rare novel which gets under your skin and insists you return to it time and again, always yielding a new surprise or delight.

“It moves seamlessly between the epic and the intimate—one moment you’re in looking at the vast sweep of the desert and the next moment watching a nurse place a piece of plum in a patient’s mouth. That movement is mirrored in the way your thoughts, while reading it, move between  large themes—war, loyalty, love—to  tiny shifts in the relationships between characters.

“It’s intricately (and rewardingly) structured, beautifully written, with great humanity written into every page. Ondaatje’s imagination acknowledges no borders as it moves between Cairo, Italy, India, England, Canada—and between deserts and villas and bomb craters. And through all this, he makes you fall in love with his characters, live their joys and their sorrows.

“Few novels really deserve the praise: transformative. This one really does.”

“My reading for this prize took me on quite an epic adventure with books set in Canada, India, then Texas and Australia. But finally I returned to England. Specifically England. I’ve chosen the book that even though it is set hundreds of years ago, seemed to me to be the most contemporary.

“Hilary Mantel’s Wolf Hall is equally adept at the tiny, the micro—an exquisite description of feathers in a fancy dress costume is breathtaking—and the vast, the macro: the huge swirls of international diplomacy, splitting from Rome, politics, politicians and royalty. Oh so much royalty.

“It seemed, in its questioning of what England is and how it can disengage from Rome, of who should rule and where should power be held, to be a book as anguished as any essay about Brexit you’ll read in the papers. And in its central character of Thomas Cromwell, Mantel provides a masterly chief of staff, a spin doctor, enforcer and sceptic to echo through the ages.”

“I have never read a book like Lincoln in the Bardo.

“So many of the books on my list had me desperate to keep reading every time I had to stop and get on with normal life, but Lincoln in the Bardo not only had this effect on me, it made me question so much through the style in which it is written—from the structure and opportunities of writing itself, to the total subjectivity of historic facts and documentation.

“A few of the other novels were dedicated to discussing this matter, but Lincoln in the Bardo went further, and showed this through its brilliantly imaginative use of source material.

“I thought as a story, it was so funny, imaginative and tragic, but also a piece of genius in its originality of form and structure.”