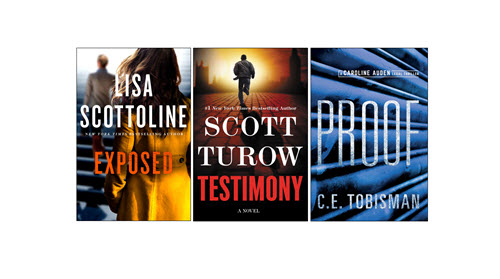 Three attorney-authors are up for this year’s Harper Lee Prize for Legal Fiction, with an autographed copy of the late writer’s ‘To Kill a Mockingbird’ waiting for the winner. 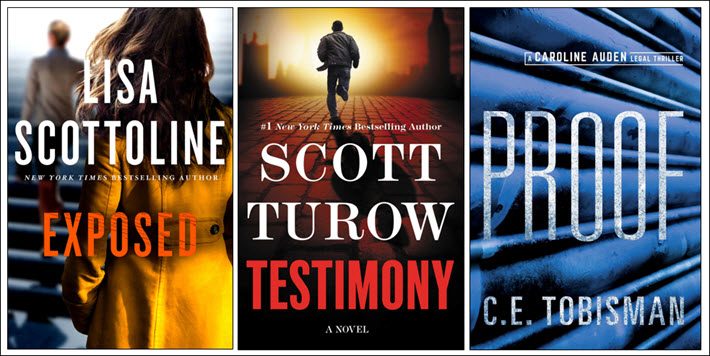 The Public Votes Through June 30

The Harper Lee Prize for Legal Fiction again this year has chosen a shortlist of three novels, and has opened up voting by the public as a collective “fifth juror” on the award.

In an era in which attorneys may feel some reputational damage to the profession because of the political passion play that has ensnared some of their colleagues in Washington, the latest selection of attorney-authors may be especially welcome from the University of Alabama School of Law and the ABA Journal.

The award program, its organizers say, was authorized by the late Harper Lee, and is awarded annually to “a book-length work of fiction that best illuminates the role of lawyers in society and their power to effect change.”

The prize program was inaugurated in 2011 on the 50th anniversary of the publication of To Kill a Mockingbird. And again this year, four jurors will vote on which of the three shortlisted titles is the winner, with the public’s vote serving as that fifth voice in the process.

The three finalists, all published in 2017, are:

In a prepared statement, the ABA Journal’s editor and publisher Molly McDonaough is quoted, saying, “The winnowing committee has chosen three great novels that you can add to your summer reading list, all written by lawyers and with timely topics.

“This year’s grouping includes drama and intrigue surrounding international justice, elder law, legal ethics and protections for people with disabilities. As legal journalists we see the essential role of lawyers in the real world and think now, more than ever, it’s important to have genuine and inspiring depictions of their work in pop culture.”

The four jurors who will cast the first votes are:

The public vote continues to be available through June 30 here.

The winner will be honored at a ceremony in August at the Library of Congress, and will be given a copy of To Kill a Mockingbird signed by Harper Lee.

Past winners of the prize are:

From left, the nominated authors for the Harper Lee Prize for Legal Fiction are Lisa Scottoline, Scott Turow, and CE Tobisman

In unrelated news about the work of Harper Lee, the settlement between her estate and producers of Aaron Sorkin’s stage adaptation of To Kill a Mockingbird reportedly means the show can open as planned on December 13 in Broadway’s Shubert Theater with Jeff Daniels in the role of Atticus Finch.

The estate had sued producer Scott Rudin’s company, claiming that the stage script made too many changes to the novel’s original characters and the author’s intent. Rudin had counter-sued, charging that the estate’s objections would render the show’s planned opening impossible to make.