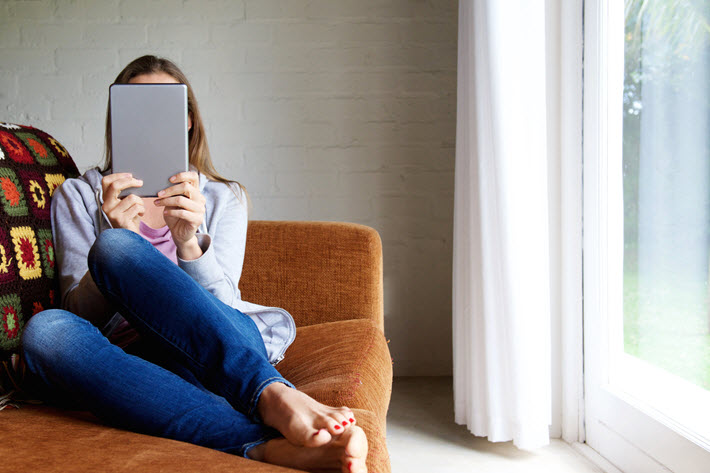 ‘Your competitors like Netflix, Amazon Prime and Audible,’ publishers will hear this year at BookExpo and the rival rights fair, ‘are more than willing to fill the gap.’ 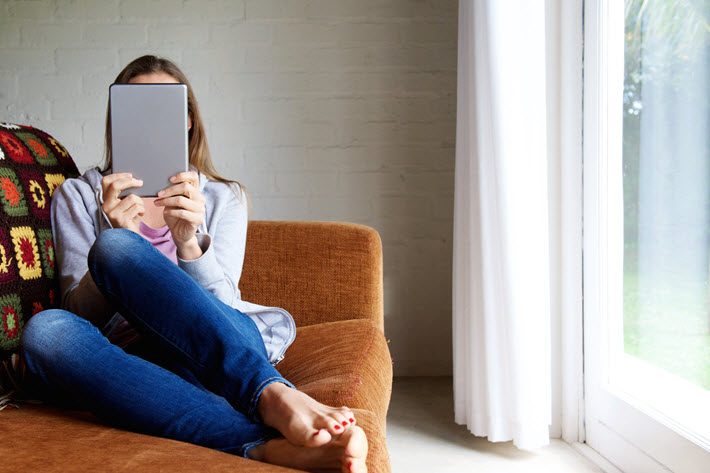 How well are publishers assessing their available data in a digital transformation that turns out to be about consumer behavior? Image – iStockphoto: M-Image Photography

In programming today (May 30) at the inaugural New York Rights Fair—which runs parallel to BookExpo this week through Friday (June 1)—Vienna-based consultant Rüdiger Wischenbart will be hosting two sessions.

In both, he echoes a panel he asked Publishing Perspectives to moderate at Berlin’s Publishers Forum last month from Klopotek, an event he directs.

The first of his two “New Models” sessions today is with Wattpad co-founding CEO Allen Lau (12:15 p.m. ET), and the second is is with Kaiken Enterprises’ Laura Nevanlinna and Timbuktu Labs’ Elena Favilli (3 p.m. ET).

And based on our exchanges at Publishers Forum and on shared observations as both BookExpo and the New York Rights Fair get underway, Wischenbart has put forward a new article released overnight, “Charming Readers by Juggling With Numbers: An Invitation to a Wild Ride for Publishers.”

The reality, he says, is that “big data” is not really the stuff of most publishers’ future traction in a digital world. Something that may well seem like “little data” is, because it’s more available, readable, and actionable than the “big data” operations of major tech forces in the marketplace.

And the “invitation to a wild ride” he’s talking about is one that some will not accept gladly. It requires studying and analyzing many available “tracks” and trends at once, right down to what’s in a publisher’s “own backyard,” as we might say. “Who on your staff and around your own house reports back, in some structured way,” he asks, “on what they read, or how their kids operate their smartphones?”

What Wischenbart says he’s seeing is that even in the largest houses, such as Penguin Random House with its armada of imprints “acting like little companies,” the corporation can certainly engage in larger data activities, “but they don’t have the tool set,” he says, “to listen to what their employees are doing.”

‘Mobile Time,’ Yes: But Is It Reading Time? 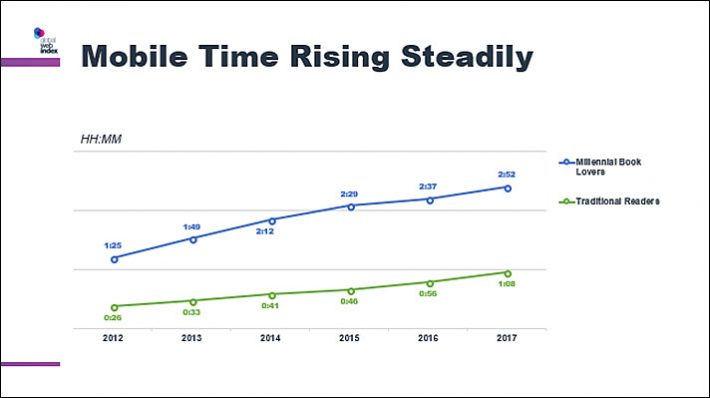 Wischenbart, particularly through the gradually widening efforts of his BookMap initiative, is able in his new article to see that “even traditional readers—a majority of them urban, well-educated and older than 40—have seen their ‘mobile time’ rising from a modest 26 minutes in 2012 to more than one hour in 2017.”

Among Millennials, he says, “mobile time” may be expanding to as much as three hours per day.

But look at corresponding numbers in publishing markets that Wischenbart cites in his new article.

In Germany, data in Wischenbart’s report shows more than 6 million book buyers disappearing in the past five years (more on that from the Boersenblatt here, in German). Today, publishers there, he says, see a maximum audience of some 30 million in a total population of 80 million.

In Spain, he cites a third of the book market in peril since the 2008 crisis, with Latin America helping to sustain the industry by accounting for up to half of all sales.

Italy, he says, may finally be seeing a turnaround, “if at the price of huge consolidation among trade publishers.”

But in the Netherlands, the books business has watched its market trend downward for 10 years. Library loans and subscriptions have had sharp impact on sales. 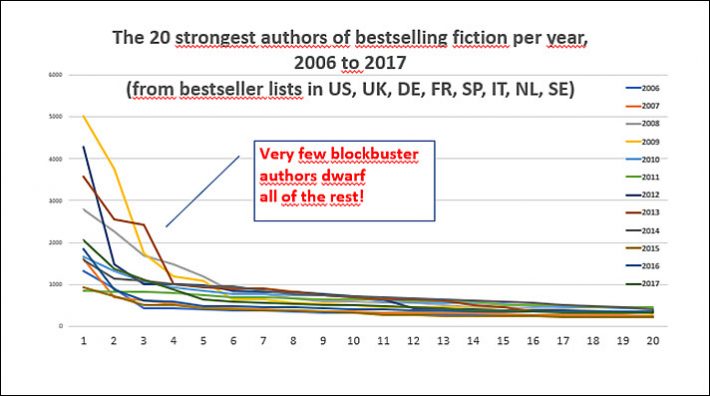 Wischenbart has his fictitious publisher say to herself, “We need to stick to our bread and butter, to the rare books that hit the top of the charts, the well-established authors. Well, we even need the copy-cat income, or other cheap thrills, to simply secure a continuous income.”

But is that true? Wischenbart agrees in an interview with Publishing Perspectives that the blockbuster isn’t where publishers can afford to focus today, and not only because we’re in a largely blockbuster-less drought in the US market.

Wischenbart agrees that the buyer of the biggest blockbuster may do no more for the industry and for reading than pay for her or his one copy: these are generally not habitual readers. They’re novelty readers, readers drawn to the occasional breakthrough phenomenon, entertainment patrons who drop in on the world of books to catch a peak moment, then sail off to cinema, video, games, and music.

“I would phrase it this way,” Wischenbart says from his office in Austria. “First, the transformation that has been predicted now is here. It has arrived. We’re not talking about the future.

“Digital means that publishing’s readership is somebody else’s viewership, and listenership, and gamers and video fans and rockers.”

“And the transformation is much deeper” than many who became fixated on ebooks and perhaps today are transfixed by audiobooks’ uptake might think. “It’s a transformation of consumer behavior and habits.

“Second, such rough waters of transformation are creating higher risk” than publishers may have realized, not least because they’ve thought of “digital” as being about formats and largely now accomplished.

In those rough waters, “We need maps,” he says. And not least because large swaths of digital industry data are hidden from the industry in online retail, “we don’t have those maps. And we may not even know what parts of those maps, which pieces we need, are missing on our maps.

“So my thinking is, ‘Where can we find the right maps, the right thinking” to improve the industry’s ability to go forward.

The Competition Is for Consumer Attention 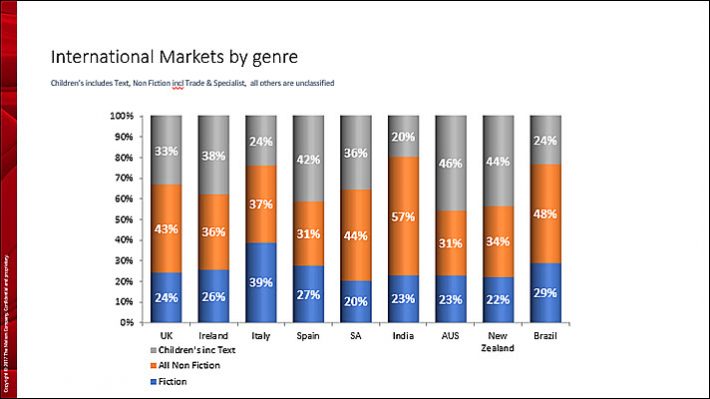 “I do see a difference in the US and UK markets and the rest of the world,” he says, in terms of how in the big US and UK markets, publishing has an upbeat sense that it knows where it’s going. “Hardly anyone in the industry in continental Europe or elsewhere feels so comfortable.”

The sense of greater comfort, command, and solidity in the UK and American markets, he agrees, may come from a plethora of self-congratulatory awards programs and morale-boosting coverage. “They’re always winning,” he says about such trends, which can lead a market to believe that all is going better than may be the reality.

If the United States market has a better concept of the pressures from other entertainment media, Wischenbart agrees, it might be because the American market is so intensely driven by commercial media and has fewer years, decades, centuries of reading culture to fortify it against the allure of glow-in-the-dark devices.

Still, simply in the peculiar competitive split personality of BookExpo without an International Rights Center and the New York Rights Fair without a trade show, you can see the kind of odd fissures that begin to open up as rights and licensing energy rises and the “books people” at the Javits double down on bookseller relations.

Wischenbart’s questions to an imaginary publisher in his article are instructive:

“What do you have, my dear publisher, in terms of content, of formatted stuff, of salable products, and as free goodies to draw attention, that you can feed into all those pipes and channels and platforms?

“How many bits and pieces can you sell for under €3 or dollars or pound sterling?

“How much audio do you have to make a little noise—and how much visuals that are fun to share?”

The core of Wischenbart’s story, as he tells Publishing Perspectives about his article—which is written as a look over the shoulder of a publisher—may lie in these lines: “Right now, my inkling is that a lot of truly critical information sits in drawers and on hard disks, underused, if noticed at all.

“We see, day by day, how publishing is getting ever more segmented. From formerly three distinct sectors, trade or consumer versus educational versus professional or academic, we have moved into an ever-thinner slicing of the cake that used to be served in the business of books.”

And BookExpo goers, even amid the trade show’s emphasis this year on booksellers and publishers’ ability to woo them, there is programming at the Javits that will echo themes of the wider competitive disruption at hand. 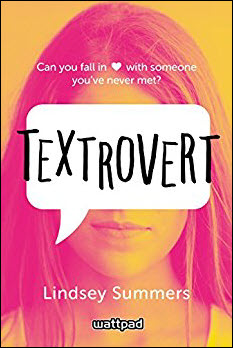 Today (May 30) at BookExpo at 11 a.m. ET (1E11), Publishing Perspectives will moderate a panel at the Javits Center, “Industry Disruption and the Future of Finding Rising Stars.” In that event, we’ll hear from HarperCollins’ Children’s Books’ Sara Sargent on the new partnership that Harper has opened with Wattpad. That company’s studios division deputy general manager for publishing Ashleigh Gardner will tell us about the remarkable strides being made by the platform not just in liaisons with major publishers like Harper but also in film and television. And “Wattpad Star” author Lindsay Summers will be on-hand to talk about finding 100 million reads of her book on Wattpad—which led to it being published (Textrovert, 2017) by the forward-leaning Kids Can Press in Toronto.

And on Friday (June 1) in a session at BookExpo at 11;15 a.m. (1E16), a panel led by Copyright Clearance Center’s Christopher Kenneally, host of the Beyond the Book podcast, on “Covering Books From Cover to Cover,” another chance to look at these over-arching trends in digital reorientation, with Livres Hebdo’s Fabrice Piault, Dosdoce’s Javier Celaya, Publishers Weekly’s Andrew Albanese, and Queens College-CUNY’s Dana Weinberg. (You can hear Weinberg in a Beyond the Book podcast with Kenneally this week on what her research indicates about the gender pay gap.)

As Wischenbart writes to his imaginary publisher in his new commentary posted overnight, “Did you just say, Madam or Sir, that following so many tracks at once, all the time, is too challenging, too costly, too chaotic? That you cannot afford to burn even more money with interns doing time on Facebook, that in the end never sell books in any tangible ways, anyway?”

He lays in the resonant return with icy clarity, and the emphasis is ours: “Your competitors like Netflix, Amazon Prime and Audible, will fill the gap willingly.”