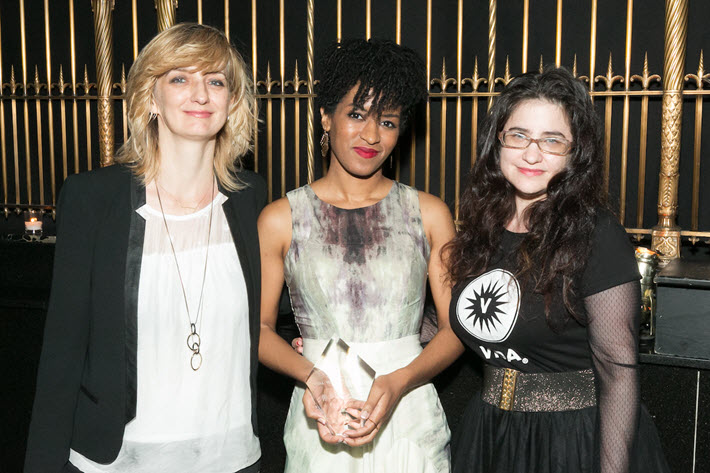 The Authors Guild Foundation’s plan for a barnstorming program with Penguin Random House to take career guidance to writers outside New York was announced at the guild’s annual benefit in Manhattan. 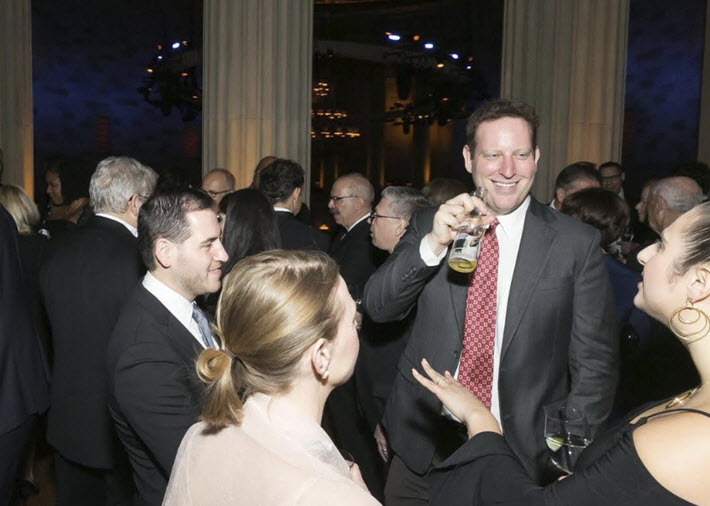 ‘Every Underserved Community in the Country’

One of the more subtle diversity issues in many publishing markets is centralized operations. In the UK, for example, there’s a small but robust resistance to that market’s London-centric character. And, of course, the United States industry is at times criticized for complaining of its costs while bunkering itself in the high-rent hub of New York.

At its annual benefit last week, the US Authors Guild announced a program meant address the fact that a New York-centric industry—and its advocacy organization for writers—may not be fully responsive to the needs of members or would-be members living and working far from Manhattan.

The organization at the benefit announced what it’s calling a Boot Camps program that will “travel to underserved communities around the country and provide intensive workshops to equip emerging writers with the skills they need to thrive professionally.”

The program falls under the aegis of the charitable wing of the guild, the Authors Guild Foundation, which has received its first National Endowment for the Arts grant to support the program. Penguin Random House has signed on as the program’s exclusive publisher partner. And while a line in the prepared material reads, “We want to reach talented early-career authors from diverse backgrounds with well-developed or completed works,” guild officers have told us that participants will be informed that the publishing house will not be accepting manuscripts: The intent of the Boot Camps is entirely eductional, and, in fact, the funding from Random House is coming from its foundation, just as the guild’s effort is based in its own foundation.

The program is to feature, according to a statement from the guild’s executive director Mary Rasenberger, “a faculty of authors and publishing professionals [that] will go on the road to help writers ready their work for the marketplace, learn how to obtain funding or earn money while writing, market their work and engage readers, protect their rights, and navigate the various parts of the industry. We’ll follow with webinars and online question and answer sessions that will be open to the public.”

“To help writers ready their work for the marketplace, learn how to obtain funding or earn money while writing, market their work and engage readers, protect their rights.”Authors Guild statement on its Boot Camps program

The guild has let Publishing Perspectives know that the programs will be free to participants and that there should be need-based travel stipends available for authors, as well (which can expand the benefits in a given region). There’s also a plan to work with local groups, which should help coordinate the events with existing programming, which is quite prevalent in many parts of the country now in terms of conferences, workshops, seminars and other events for writers.

Expanding the guild’s support system for the wider profession indeed will become increasingly important to a writing world now radically decentralized by the Internet and its publishing platforms and independent presses. Comments on a recent article at Writer Unboxed, for example, included an experienced writer saying, “I’m not a member of the Author’s Guild. In fact, I could use some education about exactly what it does for authors.”

And it will be a great clue to the authenticity of the program as to whether its first year’s “manageable number of workshops” are in places such as Chicago, Los Angeles, Dallas, and Miami, or places named Spartanburg, Claremore, Hulett, and Red Wing.

“We have great ambitions to extend the program to every underserved community in the country,” the guild’s statement announces. Great ambitions, indeed. And to support that massive map, the guild has an online auction of “your name in a book” offers for works by James Patterson, David Baldacci, Lee Child, and others underway through June six here. 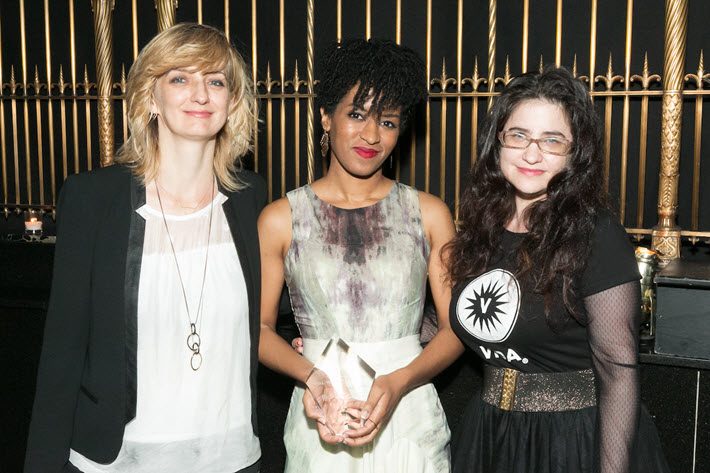 VIDA: Women in Literary Arts was given the Authors Guild’s 2018 award for distinguished service to the literary community. From left, are Amy King, Camille Rankine, and Lynn Melnick. Image: Beowulf Sheehan

In terms of diversity work, the Authors Guild Foundation Award for Distinguished Service to the Literary Community went to VIDA: Women in Literary Arts. The “VIDA Count” is the mechanism that has revealed another centricity in the industry, the male-dominated nature of much media coverage of literature and the business. 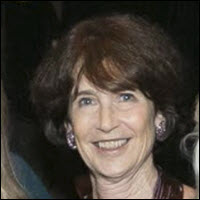 “2009, three women poets wrote to their friends, asking about the question of representation of women within the world of literature. Was it fair? Gender discrimination in that world is hard to discuss in terms of merit. Is this book really better than that one? Our opinions are always subjective, so It’s hard to say. But numbers are not subjective.

“Cate Marvin, Erin Belieu and Ann Townsend decided to find out what the numbers were. With a network of volunteers, they began an accounting of 39 mainstream cultural publications. How many books by women were reviewed? How many reviews were written by women? How many articles?

“As one of them said, ‘We thought it would be elegant to present only the numbers.’

“Every year, VIDA–which stands, in some mysterious way, for Women in the Literary Arts–presents The Count. These are statistics that show the numbers about gender discrimination in the literary world. No recriminations, no accusations, nothing subjective. …

“VIDA has now expanded their project to investigate other kinds of literary discrimination – disability, ethnic ancestry, sexual identity and race. They ask us to consider what implicit bias does to a society. And right now, the society we’re living in today, is one that foments bias and division: it’s more important than ever to have VIDA to report the facts every year. Decades after the feminist wave of the 70’s, gender discrimination is still alive and well. VIDA is the voice of protest. Every year they bear witness to the facts about women in the literary world, and these are facts we need to hear.”

“And if this is the work that literature does, then it is essential that we make space for a multiplicity of voices to be heard within its realm—especially when there are many voices in our culture that we too often fail to recognize as valid, and too many whose humanity we fail to comprehend.” 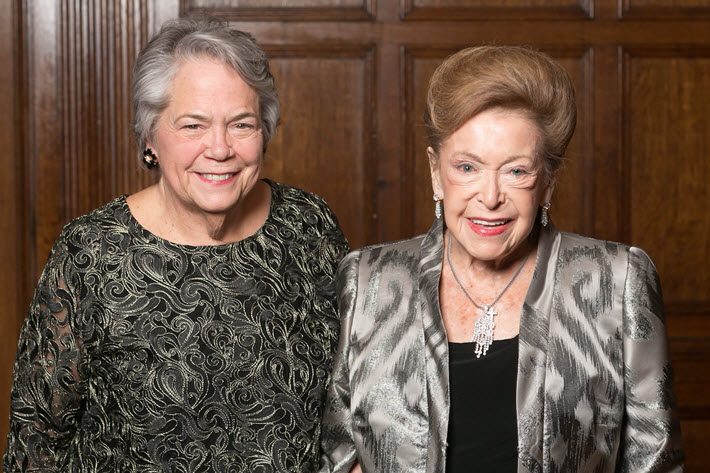 Additional awards went to bestselling author Mary Higgins Clark, who has published 51 books and used her time at the podium to pledge grateful allegiance to Simon & Schuster. She said that despite efforts to come-hither her to other publishing houses, “I prefer to dance with the one who brought me.”

The one who brought her, S&S CEO Carolyn Reidy, was on hand to cheer on the writer with the benefit audience.

The independent publishing house Fulcrum Publishing was also honored for its work in publishing diverse voices.

In accepting the award with his co-owner and wife Charlotte, Bob Barron had an interesting thing to say to the world of big publishing: 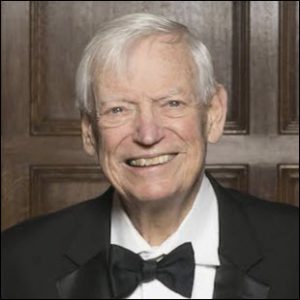 “In my writings on business and American history I have come to the conclusion that there is no economy of scale in life. Bigger is not always or even usually better.

“While that is true in the founding of a company, an industry or even a country, it is especially true in writing. I can’t get two dozen people together and tell them to write War and Peace or Mark Twain’s Joan of Arc by next month. The individual is important. There is an author who has something to say and the ability to say it well, and a caring editor who helps her or him to produce a better book.

In line with the evening’s focus on diverse voices and outreach to a wider pool of creative talent, the Authors Guild under Rasenberger’s executive directorship, has recently has introduced new membership availabilities for emerging writers who are not as yet published, as well as for students. The organization numbers some 9,000 members, and its annual gala is its chief fundraising instrument.

The 2018 benefit on May 16 was hosted by author and actress Jane Alexander, former director of the National Endowment for the Arts, with guild president James Gleick. 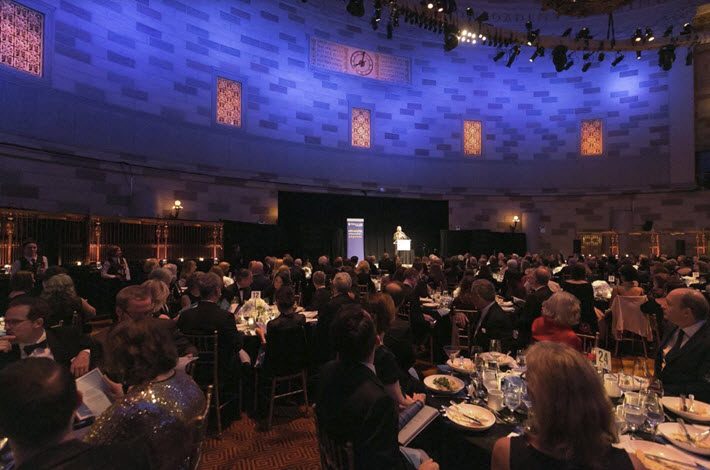