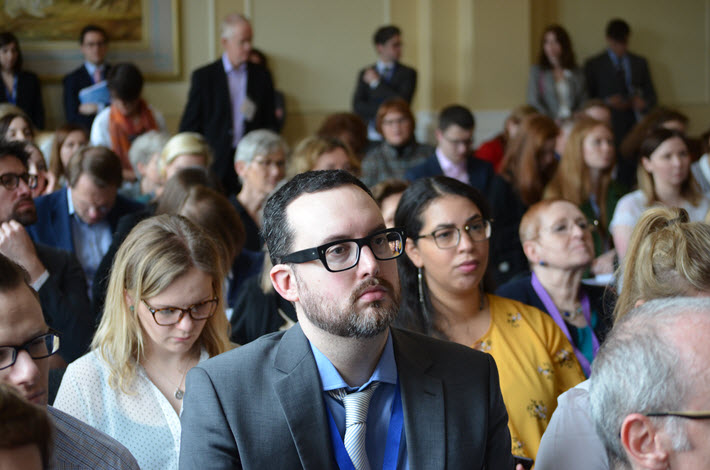 ‘We can’t have books stuck in dockside waiting for customs clearance,’ points out Hodder Education’s Lis Tribe, as publishers work to inform the government of the industry’s Brexit concerns. 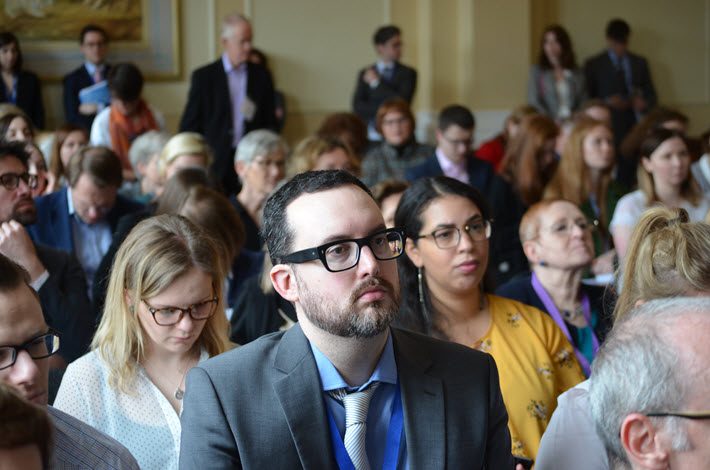 The Olympia Room was packed at London Book Fair when the Publishers Association issued its 10 priorities for government on Brexit issues. Image: Roger Tagholm

The UK’s Publishers association this week at London Book Fair has launched its 10 priorities for government, a ‘gold standard’ to support the market’s’ publishing industry after Brexit. And yet, international visitors have noticed that few at the fair want to talk much about Brexit. ‘Much uncertainty’ is the exhausting reality of the moment. —Porter Anderson

‘Much Is Up for Negotiation’

Brexit could lead to increased copying of UK titles, with a subsequent loss of revenue for British publishers, if the UK’s “fair dealing” provision is “traded away” in any new agreement with the UK after Brexit comes into force in 2019.

That’s among fears outlined by Lis Tribe, president of the UK’s Publishers Association (PA) and group managing director of Hodder Education, at this week’s packed London Book Fair Insights Seminar session called “A Bookish Brexit.” Chaired by association chief Stephen Lotinga, the session saw the formal launch of the PA’s “Brexit blueprint“—a set of 10 priorities being presented to the British government by the publishing industry.

The UK and US have different terminology and nuance on the copying of intellectual property, with the UK opting for ‘fair dealing” and the US for “fair use.” Baroness Rona Fairhead pointed out—as minister of state for trade and export promotion at the UK’s Department of Trade and Industry—the UK currently has no free trade agreement with the States: the current arrangement is an informal one, and after Brexit, “much is up for negotiation”

Tribe’s warning was appropos here, as she said, “I do worry that that’s one of the things that could be traded away. We have a number of other concerns too. 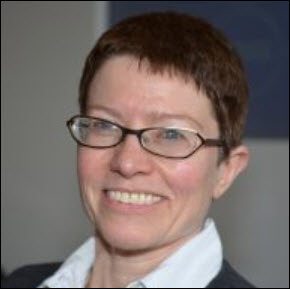 “We rely on our people and we need to be able to access the best talent from around the world. There’s much uncertainty around living and working in the UK following Brexit.  We have a Polish commissioning editor, and he has asked us how we can be certain that Hachette itself will stay in the UK after Brexit.

“Also, moving goods easily around the world is crucial for Hodder Education. It’s very important that we get books to people in time for the start of term. We can’t have books stuck in dockside waiting for customs clearance. We work with various ministries of education and if we can’t get the books to them on time, it’s a disaster.”

She added too that the UK’s copyright framework is essential—“the best in the world”—and she doesn’t want that “traded away” either, she told the seminar’s audience of industry professionals.

Baroness Fairhead was at pains to say that, where possible, there would be a continuation of existing so-called “frictionless” agreements between the UK and the 27 remaining members of the European Union.

But Miriam Gonzalez, co-chair of law firm Dechert LLP’s international trade and government regulation practice, warned that in most negotiations, “the two parties move to the center. 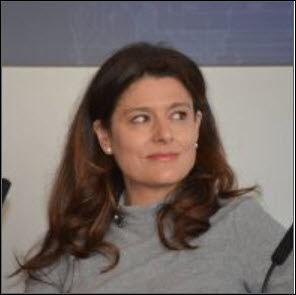 “In this instance, the EU feels they’ve already moved, but the UK hasn’t and their position is weak,” she said. “Usually we’re trying to bring markets together, to integrate them. We’ve had integration for years, now we have disintegration.”

Fairhead, naturally in the more difficult position of representing the government, repeatedly emphasized continuity, although she admitted that their hands are tied until the implementation period starts.  But she said she believes that Brexit does present opportunities for increased export business and that more can be done with Commonwealth countries.

“I think we could do more with export–we’re low compared to Germany–and there’s potential with the Commonwealth too.  We have a summit of Commonwealth countries next week, with 52 heads of government coming.  The Commonwealth countries share the same values as us, things like the rule of law.  Our relationship with Canada is very strong, and I think [as a result of Brexit] there will be increased opportunities.”

He asked for assurances from the minister that the free movement of academics into the UK for research would be maintained, “because this does not just benefit the UK,” he said, “it benefits the whole of Europe in areas like scientific research.”

The minister replied that she was aware of this, too, and recognized that the benefit was beyond the shores of the UK.  But this was a session in which much was left unanswered because it cannot be determined until the Brexit process is fully underway.

More from Publishing Perspectives  on London Book Fair is here.