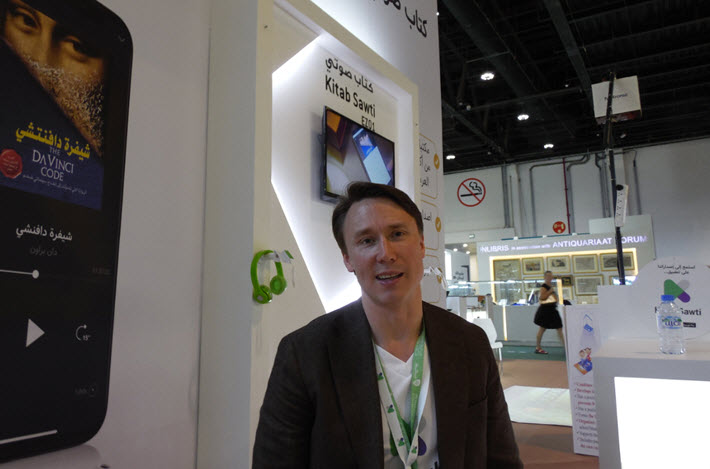 As much as audiobook sales are growing are in many Western markets, the audiobook format is is also gaining in popularity in other markets around the world.

As Steve Bohme of Nielsen Book Research reported earlier this month at the London Book Fair, in 2017, audiobook sales represented some 5 percent of buyers’ spending on books in 2017. Similarly upbeat reports have come from the US market, with preliminary reports from the Association of American Publishers indicating big gains, as the industry awaits the 2017 figures from the Audio Publishers Association.

“But in Sweden,” says Sebastian Bond at Abu Dhabi International Book Fair, “I kept asking teachers and others what audiobooks were available in Arabic, because Arabic is Sweden’s second-largest language. And I kept getting back, ‘There’s almost nothing.”

Bond was working at the time as head of business development for an ed-tech company working in audiobooks for Swedish schools and refugees. And by January of 2016, he’d left that work to start his company, Kitab Sawti: Arabic for audio book.

Today, Bond is up to 12 employees and has offices in his startup’s home base, Stockholm, as well in Cairo and Dubai.

“And the number of people working for us goes up to more than 100,” he says, when he adds in the audiobook narrators he has creating the content for his company. “The first two years,” he says, have been all about “running the scripts through Cairo” and buying the rights from publishers to build up an archive of books for the company’s initial subscription model.

The company is working in general fiction, crime, thrillers, romance, and in nonfiction, bond says, religious self-help is particularly interesting in the Arabic market.

He’s particularly pleased, he says, to have captured the Arabic audiobook rights to The Helicopter Heist, James Bonnier’s book released in October by Simon & Schuster and now in development by Nine Stories Productions for a Netflix release. 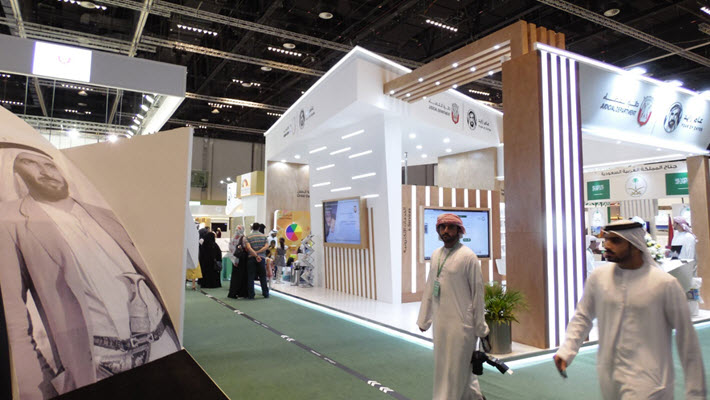 But while Bond might have told you until very recently he was the only audiobook game in the Arab town, that has changed just this month, with news that Storytel, Jonas Tellander’s company—also based in Sweden—has launched operations in the United Arab Emirates with offerings both in English and Arabic.

Storytel is engaged in a formidably fast rollout of its audiobook subscription service, with the UAE being added to a list of markets including Sweden, Norway, Denmark, Holland, Finland, Russia, Spain, Poland, India, and Iceland.

Where Bond may have the edge for the moment is in the number of Arabic titles he can offer. Storytel’s announcement talks of some 350 Arabic audiobooks, while Bond has now made 700 of them, he says. With Storytel talking in its press materials of producing an average of one new Arabic audiobook per day this year, the heat is on. 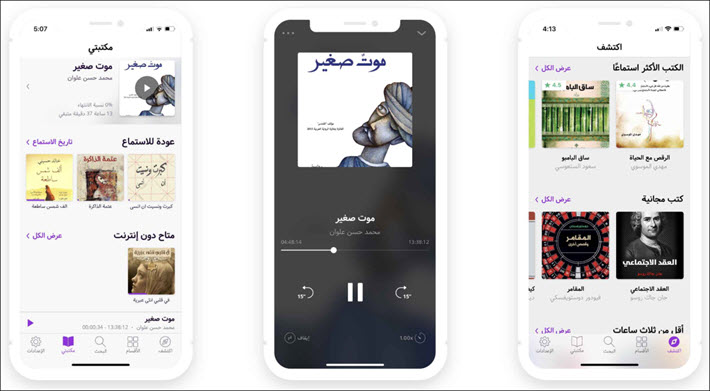 Data, of course, is an attraction for many publishers. The Kitab Sawti system can detect where readers stop listening and very

And Bond says the biggest challenge he faces at this point is finding the most viable subscription model for the region. At the moment, you can see a “gold membership,” which comes with unlimited audiobook listening, online and offline, and two weeks’ free trial.

“The big priority,” Bond says, “is answering the question, ‘This is digital, why should I pay for it?’ But if they want great books, they need to pay for it.” And he’s coping with variations from nation to nation in terms of consumer tradition. Egypt, he says, is a tougher market than the UAE where, he says, the population is more accustomed to paying for online content.

“But we have good content now, much more already for us to produce.” 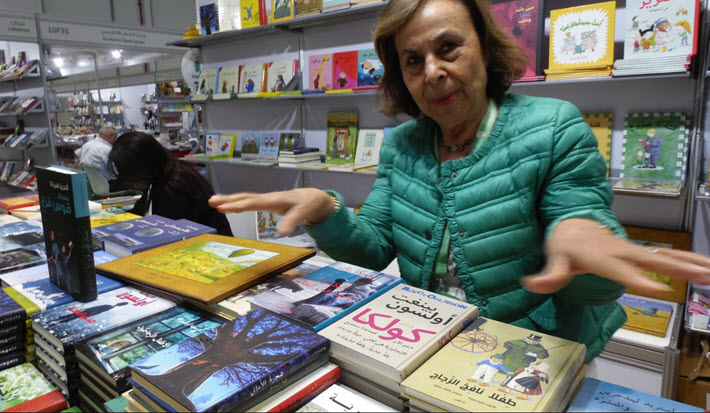 In another part of the cavernous National Exhibition Center in the UAE, you can spot the interesting coming-together of another Swedish-based stand, this one filled with hardcover books in Arabic.

Jordan-born publisher Mona Henning left her career as a pharmacist behind 30 years ago to create Dar Al Muna, “House of Mona.”

Now having produced some 210 titles, the company makes all its books in Sweden and ships them to Abu Dhabi for the fair. Henning tells Publishing Perspectives that she does print runs of some 3,000 for each title—and expects it to take about three years to sell those 3,000 copies of each book.

She translates Swedish children’s classics among the many books for young Arabic readers she’s doing. Among them are what she says are the first children’s picture books to be translated into Arabic, and she worries that copycat efforts by others may be of low quality.

“We need critics,” she says, in the world of Arabic literature. “And agents and editors, too.

“Arabic used to be the most beautiful spoken language,” she says, “and although I have no books for even the adults with sex and bedrooms, I do have beautiful Arabic,” both for adult books and young people’s titles, from Maurice Sendak for the kids to Tove Jansson, the late Swedish-speaking Finnish author.

As a reporter leaves her stand, Henning mentions what might be the best part for this adopted Jordanian from the North: She’s been honored more than once “for helping to promote Swedish culture” on an international scale.

“The Swedes,” says Mona Henning, “are proud of me.”

More from Publishing Perspectives on Abu Dhabi International Book Fair is here. And more of our coverage from the United Arab Emirates is here.