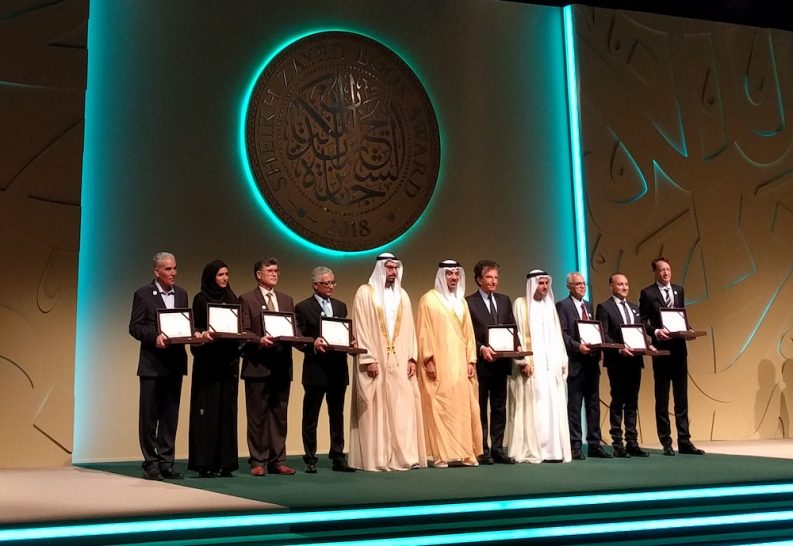 Hope and cross-cultural understanding were big themes at the official ceremony honoring the winners of the 2018 Sheikh Zayed Book Award in Abu Dhabi. 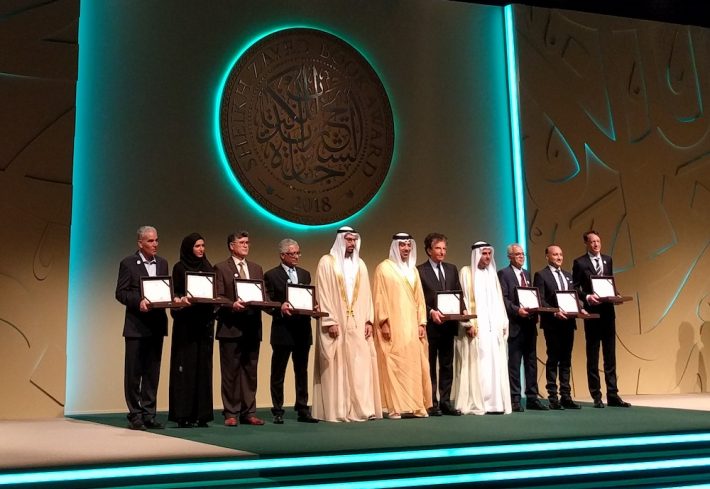 On April 30 at a ceremony in Abu Dhabi, the winners of the 2018 Sheikh Zayed Book Award (SZBA) received their official medals. The ceremony took place at Manarat Al Saadiyat, a cultural space on the island of Saadiyat—where museums including the Louvre Abu Dhabi and the Zayed National Museum are also located.

The first keynote speaker, Saif Saeed Ghobash, Undersecretary of the Abu Dhabi Tourism & Culture Authority, told the audience that one aim of the Sheikh Zayed Book Award is to “build bridges of communication” across cultures. He said that he was proud of the UAE’s work in “connecting humanity regardless of religion or color.” 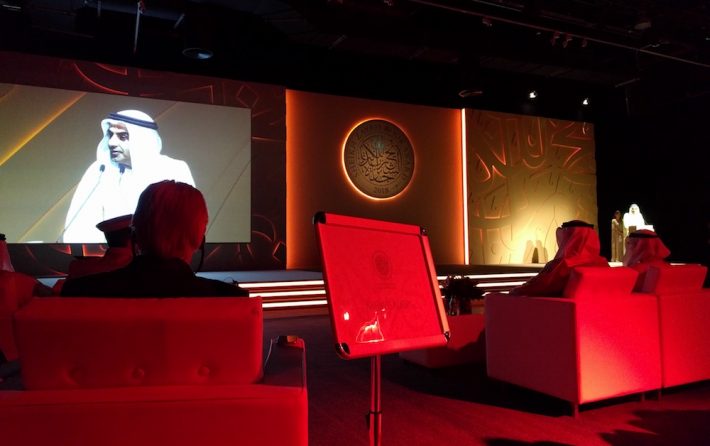 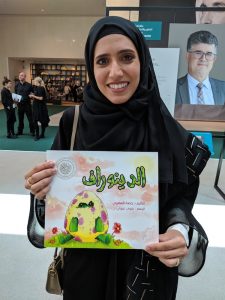 Teacher and author Hessa Al Muhairi won the Children’s Literature category for her picture book, The Dinoraf (published by Al Hudhud Publishing and Distribution in Egypt). After the awards ceremony, she told Publishing Perspectives that she was inspired to write this book because she was “looking for something bigger…a way to reach more people.”

The message of the book, about a dinosaur looking for his family among modern animals, said Al Muhairi, is that “even if we are different, we can still connect with each other.” This message of building bridges across differences echos the sentiments expressed by both Ghobash and Tamim in their keynote speeches.

With one book behind her, Al Muhairi said she wants to eventually become a book publisher specializing in children’s books. She’s already writing another book about special needs, and she will pursue her Ph.D. in education as the University of Bath in the UK. 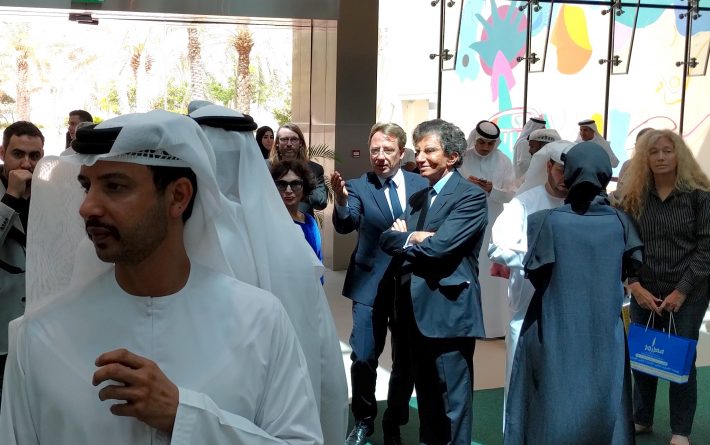 In addition to the 2018 winners who were announced earlier this month, the ceremony also honored this year’s Cultural Personality of the Year winner: the Arab World Institute. This organization was chosen, according the SZBA jury statement, for its role in “promoting cooperation and cultural exchange between France and the Arab world, especially in terms of contributing to the advancement of Arabic language and Arabic culture in France and Europe.”

The SZBA has launched a new translation grant program this year as well as more outreach to international publishers.

The translation grants are available for the winners of the Literature and Children’s Literature categories, as well as some of the Young Author winners.

See a complete list of titles available for funding, as well as more information about how to apply for translation grants here. You can also find this information in the 2018 Sheikh Zayed Book Award Rights List available to download here.