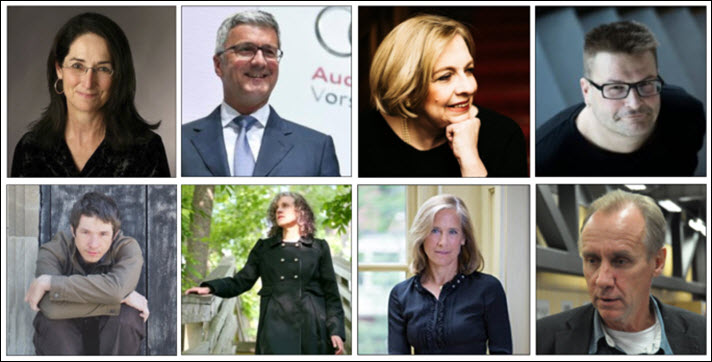 From the Nordic-lifestyle parody of ‘Pantsdrunk’ to the darkly courageous revelations of the aftermath of rape in ‘I Will Find You,’ there’s range in both content and rights availabilities here. 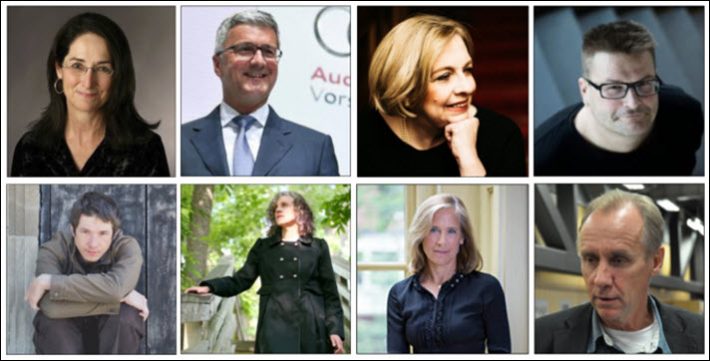 With London Book Fair in full swing, we start its “middle day” with one of our series of rights roundups comprising several titles to watch for, from publishers and agencies large and small, and from many parts of the world.

We appreciate agents and rights directors providing us with their deals information, and we’ll put together more rights roundups with more deals going forward.

As in each roundup, today’s uses the promotional copy supplied to us by agents and rights directors. We edit that sales copy to give you an idea about a book’s nature and tone. 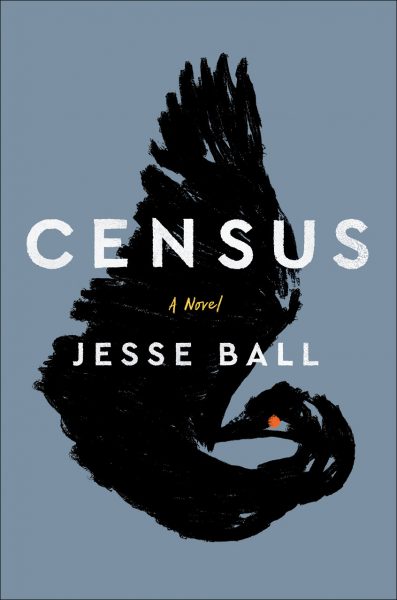 “When a widower receives notice from a doctor that he doesn’t have long to live, he’s struck by the question of who will care for his adult son—a son whom he fiercely loves and a boy with Down syndrome. With no recourse in mind, and with a desire to see the country on one last trip, the man signs up as a census taker for a mysterious governmental bureau and leaves town with his son.

“Traveling into the country, through towns named only by ascending letters of the alphabet, the man and his son encounter a wide range of human experience. While some townspeople welcome them into their homes, others who bear the physical brand of past censuses on their bodies are wary of their presence. As they approach Z, the man must confront a series of questions: What is the purpose of the census? Is he complicit in its mission? And just how will he learn to say good-bye to his son?

“Census is a novel about free will, grief, the power of memory, and the ferocity of parental love.” 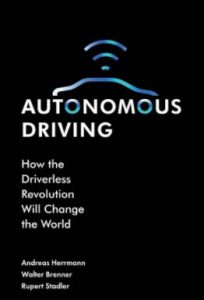 Autonomous Driving: How the Driverless Revolution Will Change the World by Andreas Hermann, Walter Brenner, and Rupert Stadler

“As the technology and engineering behind autonomous driving advances, this book explores the latest technical advances and the economic, environmental and social impact driverless cars will have on individuals and the automotive industry.

“Acceptance of driverless cars relies on more than just the technology that delivers it; in this book the authors consider the shift in attitudes required for social acceptance and a move toward considering cars one aspect of a wider mobility solution.

“In addition, a clear demand is arising from gridlocked megacities across the globe. Autonomous driving offers a solution for the high pollution levels and management of the transport infrastructure where current methods are proving insufficient in places of high population density.

Rupert Stadler is CEO and chairman of AUDI AG. His co-authors are Andreas Herrmann and Walter Brenner of the University of St. Gallen. 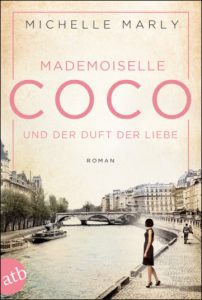 “In 1919 France, Paris is wearing Gabrielle Chanel’s designs. Coco, as she’s called, is renowned for her refusal to compromise when it comes to style or love. Her fashions are revolutionary. She’s considered a byword for elegance, no restrictive corsets necessary.”

The accidental death of her lover, the English polo player Arthur “Boy” Capel, plunges Chanel into grief. Seeking comfort, she has a liaison with Igor Stravinsky, but it’s not until she decides to commemorate the love of her life with a new fragrance that the designer finds new energy.

“Her search for the right scent leads her to find inspiration in the perfume of Catherine the Great, and she meets Dmitri Romanov, a Russian duke in exile who feels as lost as she does … as she creates Chanel N° 5.” 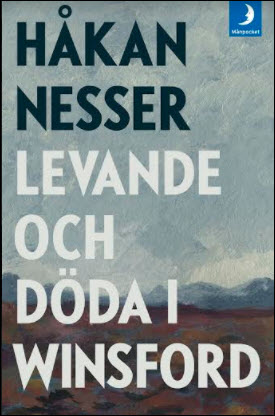 Bonnier Rights has announced that Desmar and Artina Films have optioned The Living and the Dead in Winsford for film and television. Michele Marshall and Naomi Despres are attached as producers, and the screenplay is to be shot in Sweden and the UK.

Set in Sweden and on Exmoor in England, the book is a novel about betrayal and revenge first published in 2013. Its UK edition was published in 2015 by Pan Mac’s Mantle.

Håkan Nesser is also author of the upcoming Intrigo, which has been adapted into three English-languages films featuring Ben Kingsley and directed by Millennium filmmaker Daniel Alfredson. Intrigo is in post-production and slated for release in fall 2018. Bonnier Rights reports that Nesser’s books have sold more than 20 million copies worldwide and are translated into some 30 languages. 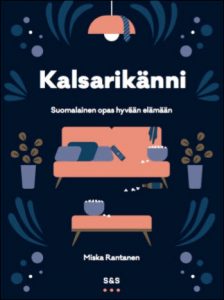 “The Danes have hygge. The Swedes have lagom. The Finns have kalsarikanni or pantsdrunk: drinking home alone in your underwear.”

This is a parody response to the other Nordic lifestyle fads, from Finland, which considers itself the odd one out in the Nordic family. This is the country’s own “edgy and unique path to the good life: solitary relaxation, recovery, and self-empowerment: the “tremendously popular” pantsdrunk method.

“The book is great fun, but it does have a real element, in pointing out that you don’t need to work hard to achieve the perfect environment or state of mind to be able to wind down after a long day’s work or enjoy a moment of your own. You can just lie back, decide to leave the stress for the night and find the relaxation within yourself.”

The book was released in February. 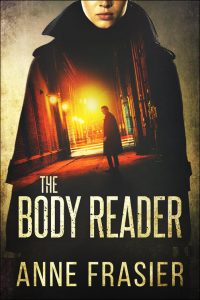 The Body Reader by Anne Frasier

In this Thriller Award winner for best paperback original novel, detective Jude Fontaine was kept from the outside world for three years. “Held in an underground cell, her only contact was with her sadistic captor, and reading his face was her entire existence. Learning his every line, every movement, and every flicker of thought is what kept her alive.

“After her experience with isolation and torture, she’s left with a fierce desire for justice—and a heightened ability to interpret the body language of both the living and the dead.

“Despite colleagues’ doubts about her mental state, she resumes her role” in the homicide division.  “Her new partner, Detective Uriah Ashby, doesn’t trust her sanity, and he has a story of his own he’d rather keep hidden. But a killer is on the loose, murdering young women, so the detectives have no choice: they must work together to catch the madman before he strikes again.” 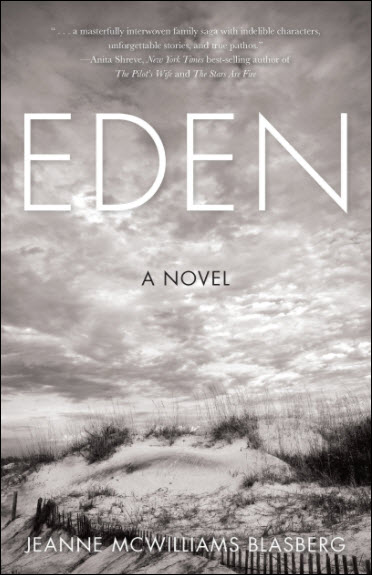 “Becca Meister Fitzpatrick—wife, mother, grandmother, and pillar of the community—is the dutiful steward of her family’s iconic summer tradition, until she discovers that her recently deceased husband squandered their nest egg. As she struggles to accept that this is likely her last season in Long Harbor, Becca is inspired by her granddaughter’s boldness in the face of impending single-motherhood, and summons the courage to reveal a secret she was forced to bury long ago: the existence of a daughter she gave up 50 years ago.

“The question now is how her other daughter, Rachel—with whom Becca has always had a strained relationship—will react.”

Jeanne McWilliams Blasberg began her career on Wall Street and later worked in strategic planning at Federated Department Stores in Cincinnati before making her way to Boston, where she worked as a research associate at Harvard Business School. This is her first novel. 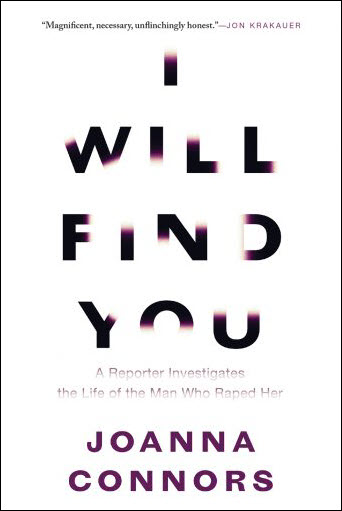 I Will Find You by Joanna Connors

Author Joanna Connors, at age 30, a journalist with the Cleveland Plain Dealer, “was on a review assignment at a college theater,” according to the publisher’s material on the book, “when she was held at knifepoint and raped by a stranger who had grown up five miles away from her.

“Once her assailant was caught and sentenced, Joanna never spoke of the trauma again, until twenty-one years later when her daughter was about to go to college. She resolved then to tell her children about her own rape so that they could learn and protect themselves, and she began to realize that the man who assaulted her was one of the most formative people in her life. Setting out to uncover the story of her attacker, Connors embarked on a journey to find out who he was, where he came from, who his friends were, and what his life was like.”

Connors’ work for the Plain Dealer from her experience was given the Columbia University’s Dart Award for Excellence in Coverage of Trauma.