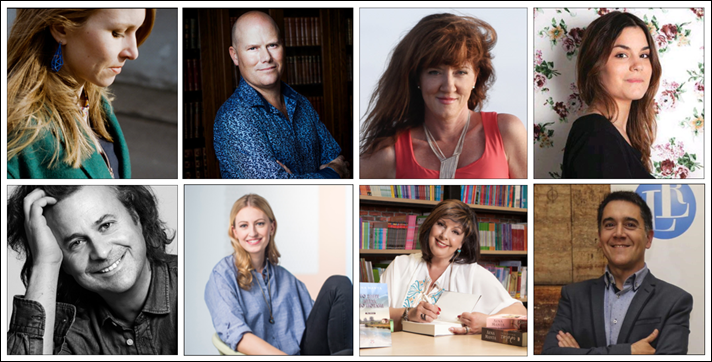 What can happen in ‘180 Seconds’? That’ the crux of one of the titles in our rights roundup, which gathers the work of Spanish, American, French, Finnish, Swedish, Polish, and Greek authors. 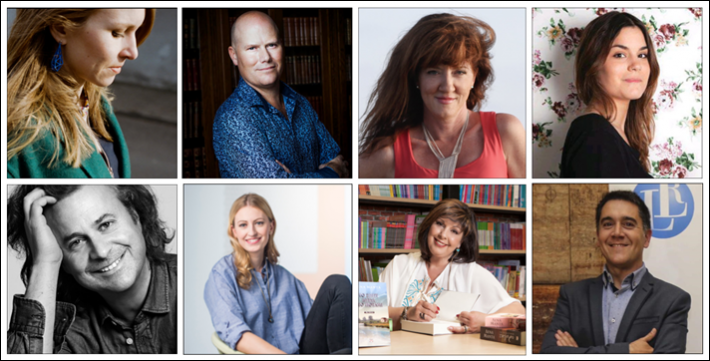 As we write this piece near the end of the offer, the number of pages read from the nine novels has passed 8,997,888 pages—another demonstration, of course, of what digital data can tell us when it’s shared, and evidence that a whole lot of translated literature has been read in a few days’ time.

In another demonstration of the viability of good literature in translation, we start our roundup today with a 445-page Swedish suspense novel, Mattias Edvardsson’s A Nearly Normal Family, that sold into 24 territories within two weeks of submission by the Ahlander Agency.

Here also are a self-help bestseller from France, a Finnish-Romanian debut, a Spanish biography of a celebrity restaurateur in Hollywood, and a book of poetry from Segovia-born Elvira Sastre—herself, a translator. The Greek author of The House by the River, Lena Manta, is in our listings with her new book, The Golden Letter, and we’ve been informed that Gail Holst-Warhaft, who translated The House will be translating the world English edition of The Golden Letter, as well. 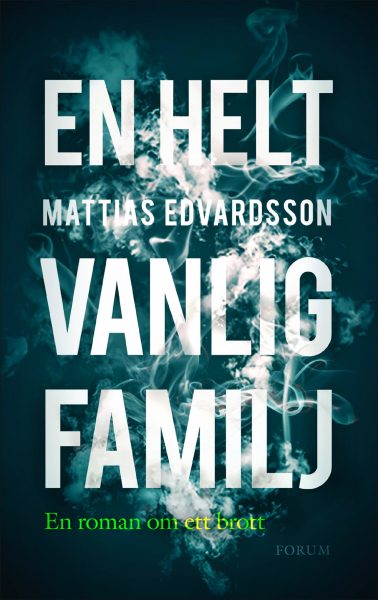 “Who killed Christopher Olsen, and why? In this thriller, Mattias Edvardsson weaves a web in which everyone becomes entangled and nothing is what it seems. The story of a crime and of one family’s undoing is told through an unusual three-part structure that keeps the reader guessing.

“A Nearly Normal Family asks the questions: How well do you know your own children? How far would you go to protect those you love? And is it ever justified to kill?” 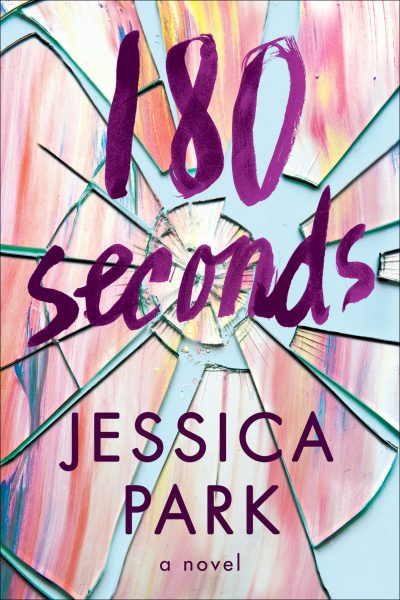 “Some people live their entire lives without changing their perspective. For Allison Dennis, all it takes is 180 seconds. After a life spent bouncing from one foster home to the next, Allison is determined to keep others at arm’s length. Adopted at 16, she knows better than to believe in the permanence of anything.

“Roped into a social experiment , she finds herself in front of a crowd, forced to interact with a complete stranger for 180 seconds. Neither she, nor Esben Baylor, the dreamy social media star seated opposite her, is prepared for the outcome.

“With a push from her oldest friend, Allison embarks on a journey to find out if what she and Esben shared is the real thing—and if she can finally trust in herself, in others, and in love.” 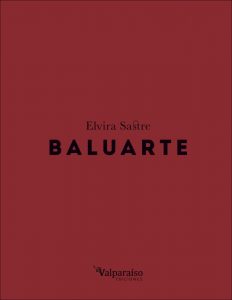 “Elvira Sastre defines herself as ‘resistant to the impossible and a dreamer of the naive.’

“Poets like Sastre open new windows and let the light of its poetic tradition sift through its verses, which are endowed with a force that never leaves us indifferent.

“Her work speaks of love and lack of love, of sex and friendship, of loneliness or sadness, and does so with clear truths that affect the reader.” 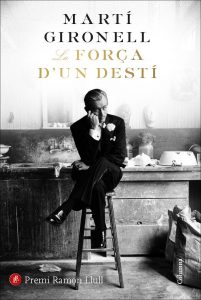 The Force of a Destiny by Marti Gironell

“The Force of a Destiny tells the tale of the Spanish immigrant who opened the famous Hollywood restaurant La Scala, in partnership with James Dean, and later became a notorious wine producer under the name of Jean Leon.

“An ‘American Dream’ story of reinvention and success, with the glamour and gossip of the golden 1950’s as a backdrop.” 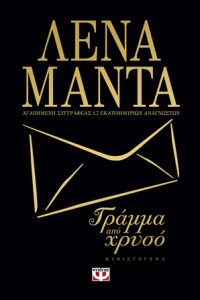 The Golden Letter by Lena Manta

“The phrase ‘I love you’ is engraved on a letter of pure gold, an ornament created out of love which will affect the destinies of three women: grandmother Smaragda, her daughter Chrysafenia and her granddaughter Smaragda.

“This is a circular story of two families that should never have met, a love that traverses from generation to generation. Fenia, descendent and heir, uncovers the secrets and mistakes that destroyed her life—a journey from the Istanbul of 1910 to the Greece of 2016. Both then and now, both here and there, the letter is always present.”

Lena Manta has sold close to 2 million copies of her books. The Golden Letter in Greece is sold with two covers, one black and the other gold. 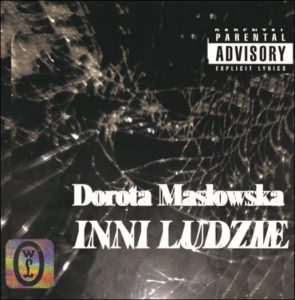 The hardcover edition of ‘Other People’ is described as being some 8.2 by 7.4 inches, hence its similarity to the proportions of an audiobook CD

Other People by Dorota Masłowska

“A city poisoned by smog and contempt, expensive cars, cheap relationships, high aspirations, and the lowest incentives. A vision of modern Warsaw emerges in a literary effort that’s at once poetic and vulgar, funny and dark.

“Other People is a genre hybrid with comically simplified characters Because the real, most important hero here is the language (or who speaks it).” 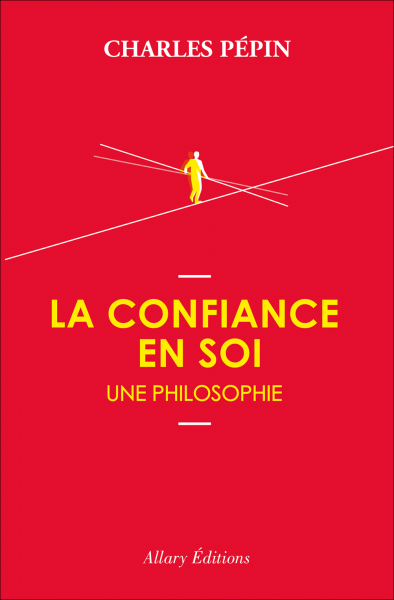 Self-Confidence: A Philosophy by Charles Pépin

Since its publication on March 29, Charles Pépin’s Self-Confidence: A Philosophy has been seen at No. 1 on the Livre Hebdo, L’Express, and Datalib charts, and at No. 2 on Le Point’s ranking.

The book is described as “an accessible essay analyzing the mechanisms of self-confidence. Where does it come from? How does it work? What makes it stronger and weaker? Why are some people more confident than others? Is it only a question of temperament or the result of work on themselves? How does one get closer to those who stand out thanks to their sole confidence in themselves?

“Pépin brings to light the strange alchemy that is self-confidence, and in doing so, he gives us the keys to finding more confidence in ourselves.”

Pépin is a writer and philosopher whose books have been published into some 20 languages. He teaches philosophy at the Lycée d’Etat de la légion d’honneur in Saint-Denis, near Paris, and hosts “Philo Mondays” at the MK2 Odéon cinema in Paris. His essay, The Virtues of Failure (Allary Éditions, 2016), reportedly sold close to 70,000 copies and was translated into 12 terriories. 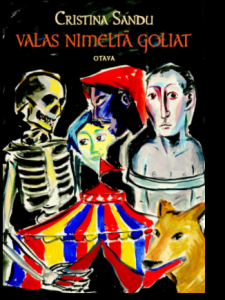 The Whale Called Goliath is a novel about a village “steeped in legends, myths, and fairy tales.” The book is said to “highlight the faith and sensitive moments in the history of Romania and its people, as Sofi Oksanen did with Estonian history in her bestselling Purge.”

The book is the debut effort of Cristina Sandu, whose Finnish-Romanian family background has led her to write the book, originally published in September 2017. Sandu lives in Oxford and works at Tyler and Francis.

Do you have rights deals to report? Agents and rights directors, send an email with “Rights Roundup” in the subject line to Porter@PublishingPerspectives.com including the following information:

Publishing Perspectives’ Spring Magazine is focused on inclusivity and diversity. It’s ready here for your download as a PDF, and was distributed in print at London Book Fair.