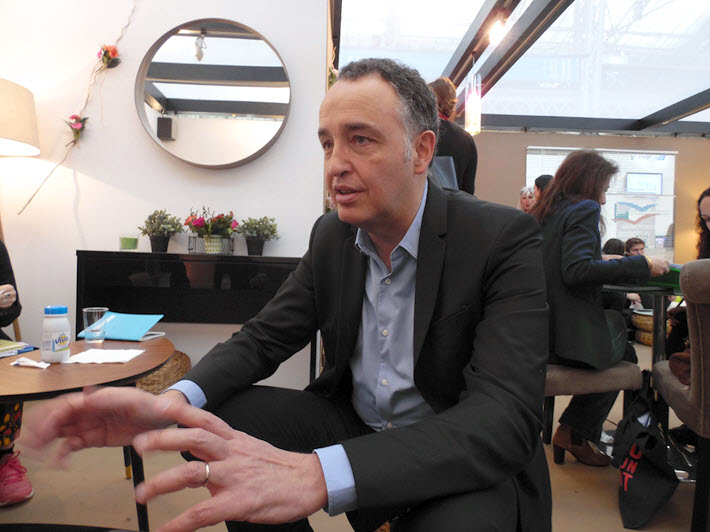 Some six months into his new role as managing director of the Bureau international de l’édition française, or BIEF, Nicolas Roche is leading the French publishing industry’s outreach program to open new markets and develop new readership for France’s literature. 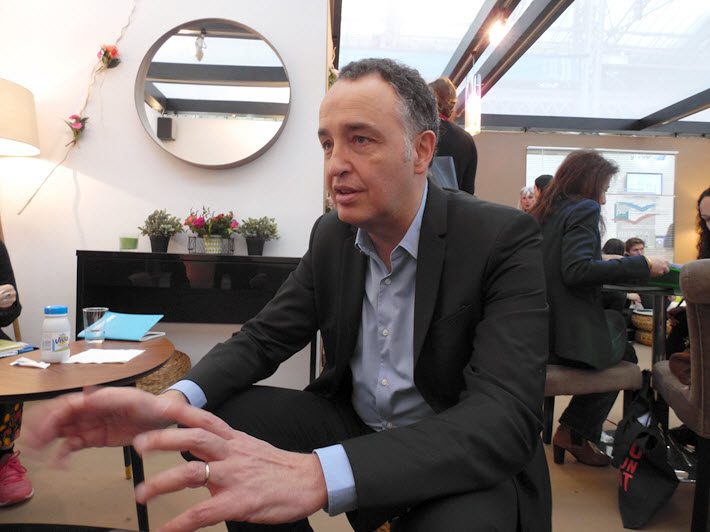 ‘More Variety in Our Program’

Nicolas Roche joined the Bureau international de l’édition française (BIEF) as Managing Director in November last year, and he has since embarked on a year of wide-ranging travel to introduce himself and to nurture the multinational connections that are at the heart of the organization’s service to the French publishing industry.

Formerly the Centre Pompidou’s publishing director and a seasoned veteran 0f Hachette Livre’s marketing and trade divisions. ‘When I was 19, I was working for the Fighting Fantasy gamebooks,” he says, referring to the Défis fantastiques as the French know the series published by Gallimard’s Folio Junior.

Roche’s broad background now comes into play as he explores ways to build new support for the 286 publisher-members of the BIEF. The mission of the service organization is to facilitate French publishers’ export development, their rights trading activity, and their international partnerships.

You can quickly grasp some of what the BIEF is doing by perusing some of its catalogs, many of which are in English or in both French and English. The 2018 graphic novels catalog (PDF), for example, features work of Lucas Harari in L’Aimant, which you see on the catolog’s cover, from Sarbacane. And in a young readers’ 2018 catalog (PDF), there’s the work of Geraldine Collet and Sebastian Chebret, in Les petits mondes from NordSud.

And over coffee at BIEF’s busy French collective stand at London Book Fair last week—showcasing the work of some 55 French publishing companies and its own café—Roche seemed to scan his globe-trotting itinerary in his mind before answering a question about how French book rights are selling these days.

“I’ll use a line that a former boss of mine once said about selling our books to the British,” he says. “It’s harder to sell a book to the English than it is to sell a car to the Japanese.”

Grinning, he goes on to say that the best answer to how rights action is going is, “It depends. We’re selling quite a lot of rights. The French industry is very good, but according to where you are and what you’re selling. For example, we’re selling 2,250 titles in China and most of those titles are kids’ books or comics. It’s an incredible market. Then we’re selling mostly in Spain and Italy. And only then to England and the US. Meanwhile in France,” Roche says, “19 percent of production is coming from translations.”

All of which adds up to a kind of literary trade deficit for France, and Roche has his work cut out for him. 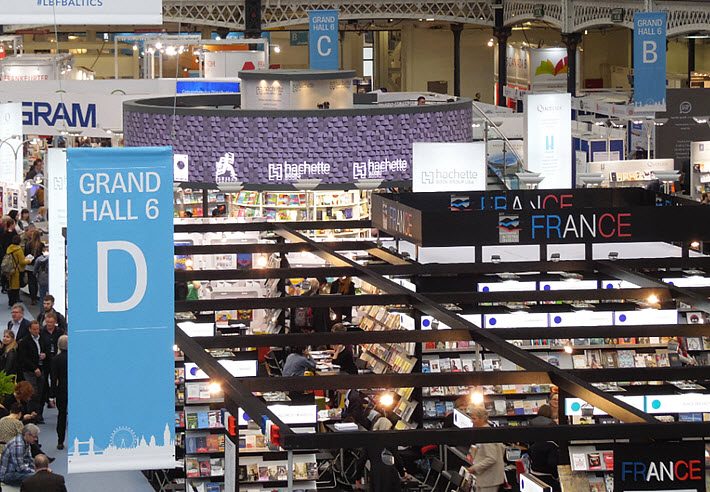 ‘All the Major Book Fairs’

“First of all,” he says, “I plan to visit all the major book fairs. My earlier jobs didn’t give me the chance to see them all. So Taipei, Hong Kong, Seoul, Beijing, Shanghai. I’m like Juergen now,” he says with a road-weary smile, referring to the peripatetic Frankfurter Buchmesse director Juergen Boos.

“First, we’re organizing the collective stands at major book fairs for French companies. Here in London, Bologna, Frankfurt. We have an incredible stand in Frankfurt, 600 meters. Last year, we had 189 publishers” represented on the stand as France took center stage in the role of Frankfurt’s Guest of Honor. “We’re also running the stand for major fairs like Moscow. This year, we went to Delhi and Taipei. We’re going to Thessaloniki, Warsaw…this part of our three subjects is making sure that we have the French collective stand in 12 or 13 major events in the world. 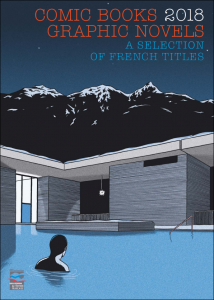 “The second focus is meetings all year long,” both in France and abroad. “For example we had several meetings with Russian colleagues just before Salon du Livre Paris,” where the Russian Guest of Honor program fell prey, unfortunately, to the bad news about the poisoning of the former Russian spy Sergei Skripal and his daughter Yulia in southwest England’s Salisbury. As Publishing Perspectives readers will recall, this is what caused Emmanuel Macron to cancel a scheduled stop at the Russian stand in March.

“We’ll have meetings in Rome and Milan in the beginning of July,” Roche says, “on literary, academic, children’s, and comics. And we organize those meetings during or just before the fairs, and what we do is prepare these meetings for our members, who are big and small companies. We think about the program with them during the spring for the year to come. And then we have about 24 or 25 professional meetings” during the year.

“We’re financed by the CNL [Centre national du livre], the structure dedicated to books by the French ministry of culture. We also have funding from the ministry of Europe in foreign affairs. And the members provide some of the money, while CNL helps with translation funding.”  There’s also a research division that creates studies needed by the industry, Roche says, and the organization’s staff numbers 16 people in Paris and two or three more in New York. 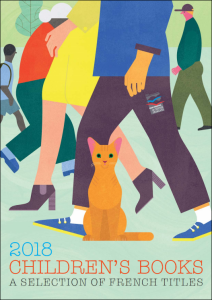 “In 2019 and 2020, we’ll have more variety in our program,” Roche says, in part responding to Macron’s initiative in dialogue between France and other francophone countries. “We’ll organize a meeting with Arabic publishers before the end of November, and we’ve just announced that we’ll organize a fellowship with Arabic publishers to bring them to France, starting in 2019. Because it’s a bit difficult to have a fair in Algeria or Tunisia or Lebanon with a real professional focus for rights managers.”

Such events are more frequently public-facing events in the Maghreb, and Roche says the BIEF is interested in getting the most professional players in the business to Paris.

Roche says that the BIEF has less contact than he’d like at this point with Québec’s publishing industry and community in Canada, and he’d like to cultivate the relationship.

But needless to say, French publishing has a bit of wind at its back thanks to Macron’s appointment of the former publisher of Actes Sud, Françoise Nyssen, as minister of culture. And overall, Roche says, while different sectors of the French industries have varying concerns and interests, the country’s market still is a bit slow on the uptake with digital publishing, with audiobooks currently the strongest element of that part of the business, as it is in many markets.

The BIEF will be at May’s New York Rights Fair, Roche says, which during London Book Fair announced its formal marketing arrangement as the rights fair of BookExpo, located not at the Javits Center but at the Metropolitan Pavillion. “We’ll have a stand there with 12 companies,” Roche says.

More from Publishing Perspectives on France and publishing is here. And more from London Book Fair is here.

Publishing Perspectives’ Spring Magazine is focused on inclusivity and diversity. It’s ready here for your download as a PDF, and was available in print at London Book Fair.