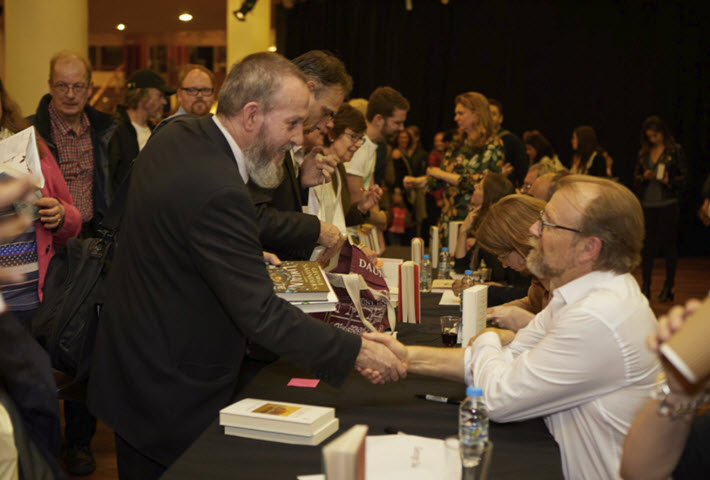 Workshops and masterclasses are part of the plan for events in July’s three-day ‘Man Booker 50’ celebration of a half-century of Man Booker Prize for Fiction awards. Tickets now are on sale. 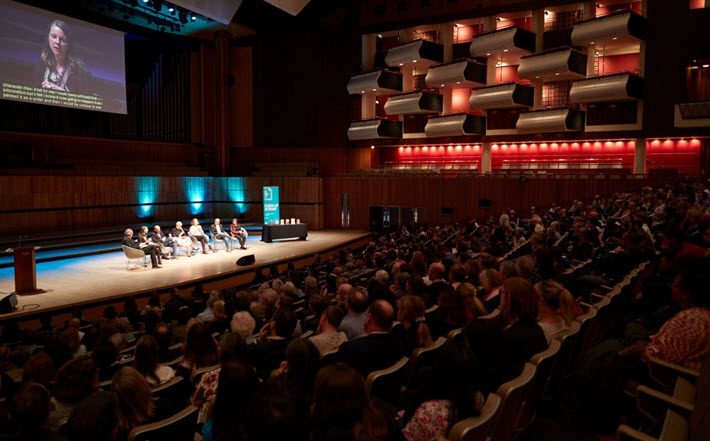 Shortlisted authors of the 2017 Man Booker Prize for Fiction were onstage on the eve of the prize’s announcement for readings at London’s Southbank Centre. Image: Man Booker Prize Foundation

Among many volleys of news released during the London Book Fair was the announcement of the Man Booker Foundation‘s program for its much-anticipated 50th anniversary celebrations of the Prize for Fiction.

Those celebrations are scheduled for July 6 through 8 and are concentrated at London’s Southbank Centre. Sparkling with the pantheon of literary luminaries that only the Man Booker can bring to bear on the moment, the program features more than 60 speakers including 15 winners of the prize, among them Kazuo Ishiguro (1989) and Paul Beatty (2016). There are events planned for the full range of the Southbank complex, from Royal Festival Hall to the Queen Elizabeth and Purcell venues.

Tickets are on sale now, and information can be had at the program’s page at the Southbank’s website. The program combines not only great writers on parade but also interactive opportunities for those attending, in sessions with varying prices from top tickets of £40 (US$57) in many cases to a low of £10 (US$14) and a few instances in which events are free of charge. There are plans for broadcasts, too, from BBC Four,  BBC Radio 3 Free Thinking, and BBC World Book Club.

The closing event of the three-day festival is a “Golden Man Booker Live” program in Royal Festival Hall, at which the five jurors each assigned a single decade of Man Booker winners is to announce the best book of her or his ten-year set of winners. More on the process of this competition has been reported by Publishing Perspectives here.

‘Rewriting the Past’ and ‘Genre Benders’

Among the onstage conversations and presentations most looked forward to will be:

In addition, there are workshops and masterclasses, each priced at £20 (US$28), planned to include. Sessions feature panels on finding an agent (with Clare Conville, Emma Paterson, and DBC Pierre), getting published (with Clare Alexander, Sharmaine Lovegrove, Juliet Mabey, John Mitchinson) and editing (with Catton, Sam Copeland, and Sally Orson-Jones). Also planned are:

The program is curated by festival director Mary Sackville-West.

In a prepared statement, Booker Prize Foundation chair Helena Kennedy is quoted saying, “The Man Booker Prize has celebrated the defining novels and authors of our times … [This] one-off program will acknowledge the prize’s past, present and future, celebrating the last 50 years of authors, looking ahead to the new voices of the literary stage and recognizing the power of the art form. If the next 50 years is as fierce, playful, radical and reflective as the last, I can’t wait to be a part of it.”

And industry readers will be interested to learn that after George Saunders won last year’s Man Booker Prize for Fiction, as reported by Publishing Perspectives for Lincoln in the Bardo, the UK’s Bloomsbury issued “an immediate reprint of 100,000 copies. In the week following the 2017 announcement, sales of the book increased 1,227 percent. The 50th anniversary program will be celebrating not only the value of the work and its authors but also the value on the prize in its ability to bring that work to the consumers’ attention.

As regular readers of Publishing Perspectives know, the 50th anniversary falls amid loud objection from some parts of the industry over the award’s “evolved” policy, implemented in 2014, that allows writers “of any nationality, regardless of geography, to enter the prize providing that they are writing in English and published in the UK.”

While the foundation’s trustees have clarified that “The rule was not created specifically to include American writers,” the fact that the last two years’ prizes have gone to US writers has become an issue of contention in the UK’s literary industry and community. 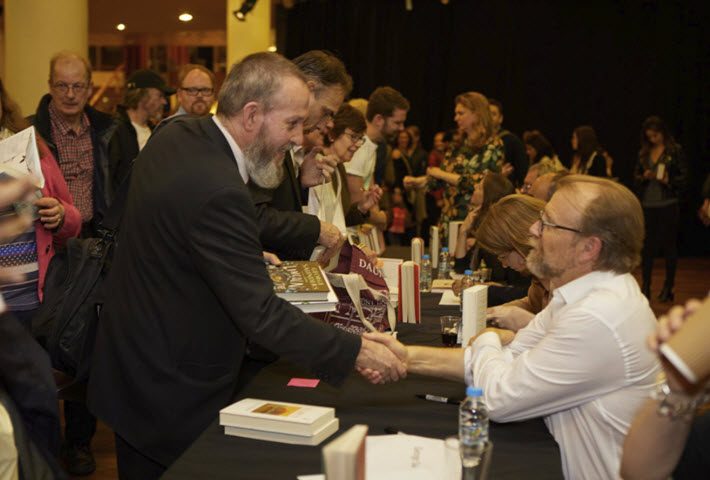 More from Publishing Perspectives on programs of the Man Booker Foundation’s prize programs is here. And more on the wider topic of awards is here.