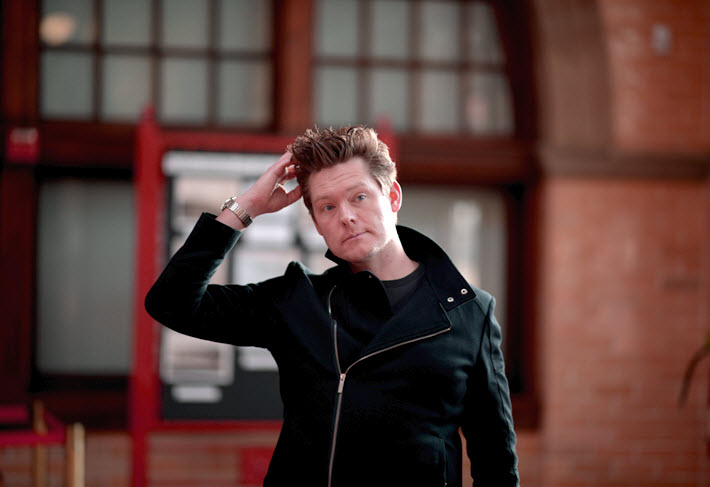 ‘Challenging all assumptions of the past’ may be only the beginning of life after the digital disruption, Tom Goodwin says. And when he speaks at London Book Fair’s Quantum Conference, he’ll be talking about the ‘share-of-attention’ dilemma. 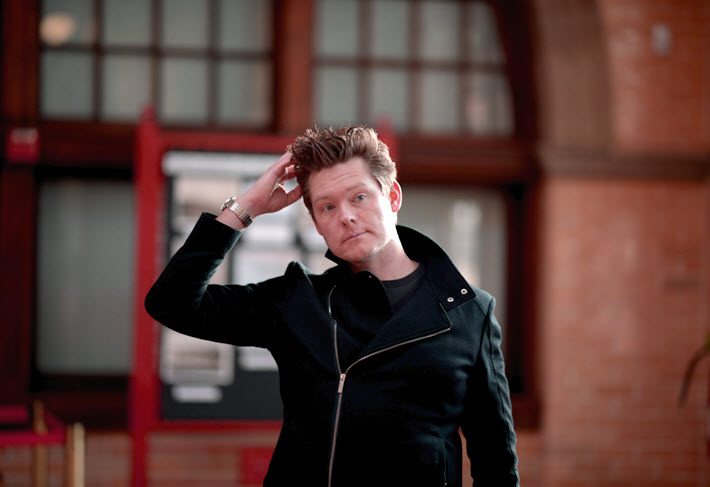 ‘The Hard Part Is Maintaining Balance’

When Tom Goodwin takes to the stage at Olympia London on Monday (April 9) to give his keynote address at London Book Fair‘s Quantum Conference, his topic is to be “New Rules of Business and New Waves of Storytelling in the Post Digital World.” 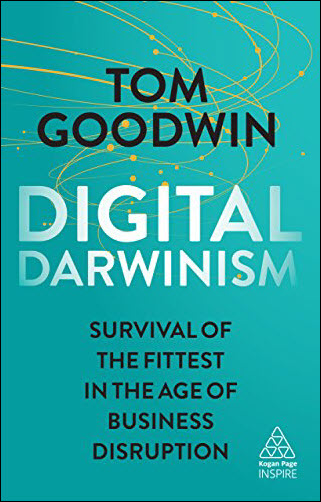 Today (April 3), Kogan Page is releasing Goodwin’s book, Digital Darwinism: Survival of the Fittest in the Age of Business Disruption. Those who read that title and think first of dog-eat-dog battles on the jungle floor may be surprised to find that this affable guy talks a lot about balance—his, yours, and your company’s.

“There’s a degree of questioning that’s happening at the moment,” he tells Publishing Perspectives. “Whether it’s things like Facebook and its scandals” with Cambridge Analytica and Trump campaign data, “or a school shooting and gun safety,” he says. “Until this point in time, we’ve just looked at anything new and said, ‘Yes, it must be good,’ and, ‘Oh, look, it happens to be free.’

Goodwin is executive vice president and head of innovation for the corporate media-services and branding agency Zenith Media in its New York City offices on West Houston Street.

British by birth, he’s lived in the United States for eight years and brings the expatriate’s high view to many of the issues faced by the domestic and international clients he advises—among them BMW, Microsoft, Nestle, Emirates Airlines, Unilever, and Sharp. Busy on the appearance circuit, Goodwin is a seasoned speaker, and his topics frequently look past the digital disruption we’ve all just staggered through toward what happens after it.

This may be one reason he opted to give his book a dialectic arc—a beginning, a middle, and an end. It’s not the one-idea-plus-15-chapters-of-padding exercise that many business books turn out to be. Early on in Digital Darwinism, he warns the reader that his explication of what’s happening in business today—probably very much in yours—will make you “feel irritated … You may feel a little judged and misunderstood. Your department or business has probably worked extremely hard to weather change, to adapt incrementally, and to create a sensible balance [there’s the balance word, you see?] between modernization and capital expenditure.”

For publishers, seatbelts are required by Page 4: “For years,” Goodwin writes, “physical retailers didn’t worry about Amazon because it was different, it was for ‘online shopping’—how silly this looks now. If Facebook has access to 2 billion people on this planet, it can quickly become a retailer or entertainment company; if people trust Google, there is nothing to stop it becoming a bank. … The hardest part of my role is maintaining balance.”

There it is again: balance. And one of the most interesting points Goodwin makes in his conversation with us is that so many companies’ executives, far beyond the book publishing business, feel that they need to reach for imbalance, for extreme change, radical adjustments, dramatic shifts, when sometimes something much more subtle might do the trick.

And just saying that can be half the battle.

‘It Drives Me Nuts’

“We have this weird thing in contemporary society,” Goodwin says, “where words like ‘disagreement’ or ‘argument’ or ‘debate’ or ‘passionate discourse’ have this degree of negativity about them. It’s this idea that the fact that people have different opinions is an inherently bad thing. It drives me nuts.

“I quite like hanging around with people who have different opinions from mine. Because I can sit there and listen. And I can try to empathize. And I can try to build bridges. But we’re particularly bad at that, at the moment.”

If balance is something Goodwin looks at a lot, fear is another. “For me,” he says, “that can mean going to an executive and saying, ‘You know, you really need to rethink everything you’re doing, but don’t freak out and sell all  your buildings and fire all your people.’

“I see retailers you want to wake up a little bit more, for example, but you can tell them there isn’t a drone delivery system that’s going to come and take away their business and that they can go on just making great biscuits.”

All, in other words, is not panic. And what may be more helpful is to remember to look at parallel or nearby factors in business. If you’re a book publisher, in other words, you may not have to worry too much tonight about your Virtual Reality strategy.

“It’s funny you say that,” Goodwin says, “because every industry seems to have this thing it worries about that’s not the most-tangential-but-slightly-different threat” which that industry should focus on “but instead is some kind of almost cartoon enemy, a bit more dramatic and exciting. In fact, the real threats are quite boring, really.

“Most industries form false boundaries between themselves and other industries that they think of as very different,” he says. “For example, publishing may have worried about other text-based industries when really what should have been of concern was the simple share-of-attention” dilemma that faces so many entertainment-media sectors today, book publishing included.

And that’s much on the mind of this first-time published author as he prepares his comments for the Quantum Conference.

“It’s a scary thing to do, actually, to write a book and then publish it,” he’s discovered. “You feel very vulnerable. You’re taking up all this time in someone’s brain” as they read, “and there’s a presumption that you must know exactly what you’re talking about, you’re an expert in everything, and it’s a very overwhelming task. It’s been quite mentally challenging to carry this thing and give birth to it. Quite strange.”

And there you have it. The guy we think must be the fittest of survivors, flying from one major client to another, guiding corporate hotshots on the pathway to prosperity, will be arriving for his keynote with a measure of newfound understanding for what publishing people experience with each release.

You get nothing more strongly from a conversation with Goodwin than his respect—for the difficulty of finding the balance he values so highly and for the struggle to see the difference in a true corporate threat and one of those cartoon enemies.

As he writes in his book: 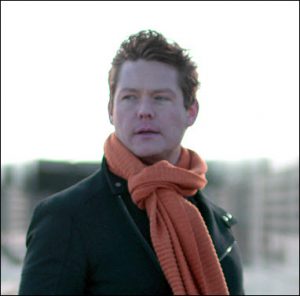 “We persist in thinking about the technology first. When the brief is, ‘How can we use chatbots?’, we quickly establish a way to irritate our most valuable customers.

“We have to use technology to solve problems, find better ways to do things we’ve always had to do, but always in the service of the people who pay us money.

“The best-in-class solutions are way more about empathy than they are about technology.

“They rely on challenging all assumptions of the past, on applying creative solutions around what people want.”

And that’s the approach he’s taken to sorting through what he wants to tell his readers and the London Book Fair audience.

“How do I get the right width and depth at the same time?” Tom Goodwin asks, looking back at the hurdle of writing Digital Darwinism. “I thought quite long and hard about getting the right balance.”