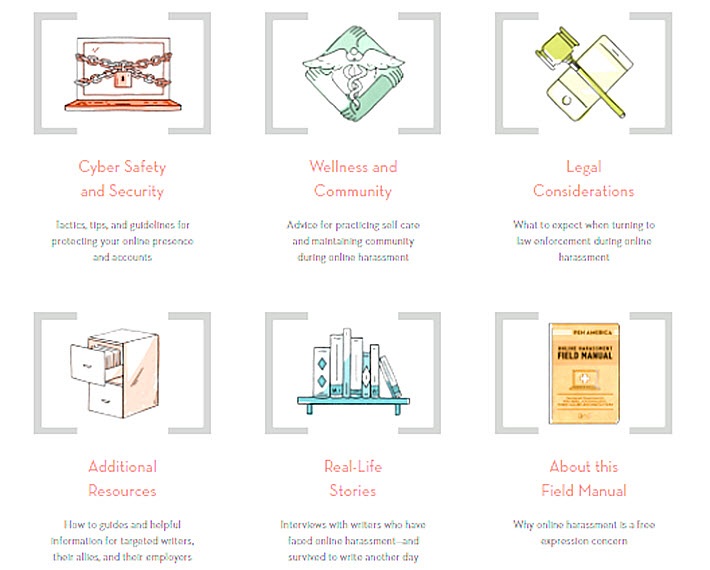 The free-speech advocacy organization PEN America takes on the problems writers face in online harassment with a new guide for protection. 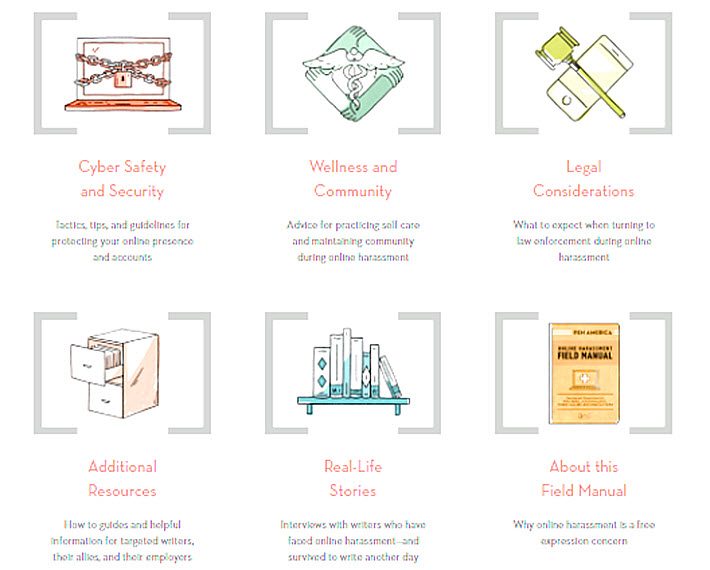 PEN America this week has released its Online Harassment Field Manual, a first-of-its-kind resource to equip and empower writers and others active online “with practical tools and tactics to defend against hateful speech and trolling.”

Research done with more than 230 writers, PEN reports, revealed “alarming findings that highlight the relevance of the field manual and the threat that online harassment poses for free speech: two-thirds of those trolled reported reactions including refraining from publishing their work, deleting social media accounts, and fears for personal safety; more than a third avoided certain topics in their writing.

“Writers were targeted for their viewpoints, but also based on their race, gender, and sexual orientation,” says PEN in information provided to the media. “Those belonging to marginalized communities or speaking out on injustice faced more egregious forms of online hate.”

In a prepared statement, PEN America CEO Suzanne Nossel is quoted, saying, “Online harassment poses a clear threat to free expression, as evidenced by the results of our survey. When certain voices are muzzled, when people choose not to write about topics that matter, and when they remove themselves from the public debate, everyone loses.

“As an organization of and for writers, PEN America is especially disturbed by the ways in which online harassment affects their work.

“Journalists and writers whose web presence is a professional imperative can’t be left defenseless in the face of rampant digital intimidation,  provocation, and vitriol when they dare to stick their heads above the parapet.”

The field manual offers what the organization describes as “a one-stop bank of advice, guidance, and resources on cyber-stalking, doxing, hate speech, and other forms of digital vitriol, intended to fortify writers and journalists with the best available methods and means to protect themselves and secure their own freedom to write.”

PEN America Journalism and Press Freedom Project manager Laura Macomber is quoted, saying, “In the digital age, all writers and publishers of online content are vulnerable and susceptible to web attacks.

“Those facing online harassment must make an impossible decision: engage and put themselves at risk, or disconnect and miss out on important online discourse. Our goal is to equip writers and their allies—especially those whose livelihoods are at stake—with resources to push back against online hatred and harassment so they can continue to do their jobs.”