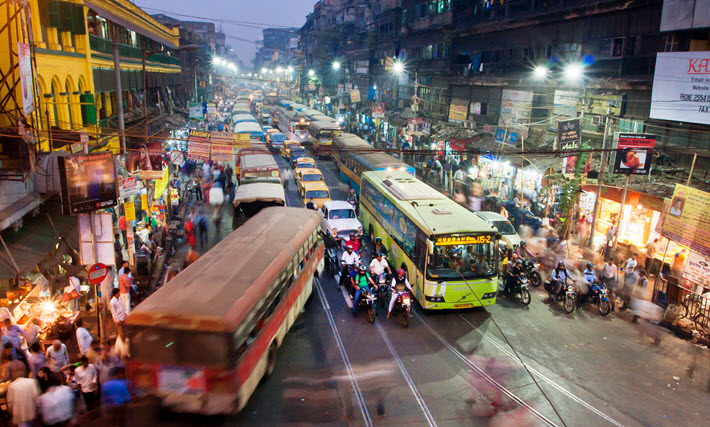 ‘To get as much exposure as possible across borders and cultures,’ say experts, discoverability of titles written in India’s many languages requires a database, sorely needed.

Like the teeming streets of Kolkata, India’s linguistic landscape is crowded and not easily accessed for translation rights. Image – iStockphoto: Radio Kukka

Calling for a Database To Reveal Available Works

India may have 22 officially recognized languages, but as many as 122 languages are spoken throughout the vast country.

And when the Federation of Indian Chambers of Commerce and Industry (FICCI) organized a debate on what this means for publishing today in India, it brought together four key experts in the factors impacting the industry there today:

As the program reflected, each of India’s languages has its own literature, and much of this literature remains available for translation into other Indian languages—and for foreign publishers to discover.

As the publishing consultant for Oxford University Press in India, Mini Krishnan said in a late 2016 interview in The Critical Flame, “Half of the literary brigade of India—in which I include myself—loves to daydream that its indigenous literature simply has to find its way to readerships outside the country.

“Should we worry so much about exporting our writings? Right here in our midst there are readers who could enjoy Indian writing—except that they don’t know what’s available out there.

“Millions of Indians can read, but know nothing or very little about Indian writers simply because they haven’t been introduced to them or trained to admire them: great, not so great, old, modern, and very new, and nearly all of them unheard of outside their regional-language islands.”

‘There Has To Be a Collaborative Movement’

“The literature of Indian languages is getting more and more democratized. Translation can inject life into these languages.”Subrahmanian Seshadri

Subrahmanian Seshadri opened the discussion by pointing out that Western countries haven’t yet engaged in the opportunities that India’s multilingualism offers. In order to do so, he said, you have to  step outside corporate thinking and look for the “passionate part of publishing,” not only the economic aspect.

The government, said Seshadri, should set up an Indian languages platform similar to the way the Independent Publishers Guild (IPG), the largest trade publishing association in the UK, brings together publishers.

“The literature of Indian languages is getting more and more democratized. Translation can inject life into these languages. We shouldn’t worry about the word ‘bestseller.’ We should focus on wider readership and acceptance.” 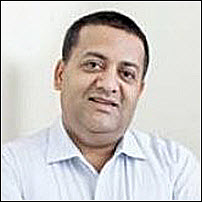 “The languages in India bring bibliodiversity,” said Ravi DeeCee, who wears many hats. One of DeeCee’s key efforts is organizing the Kerala Literature Festival as well as publishing books in Malayalam.

DeeCee has been deeply involved in translations from German, Norwegian, Portuguese, and other languages into Malayalam, but he said that literature from Malayalam also has been translated into European languages and English.

People used to translate without buying the rights, said DeeCee but this doesn’t happen anymore.

Translations into and from Malayalam, he said, appear to be doing well outside of India.

‘How Other Languages Are Doing’ 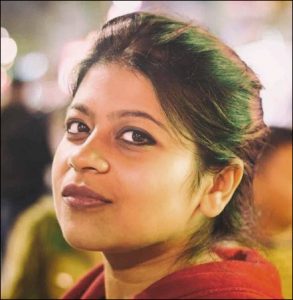 At BEE Books, Esha Chatterjee publishes in English, but says that translating regional books into English is a priority for her.

BEE’s head office is in Kolkata, where Bengali and English are the official languages. Much is translated from Bengali, one of the languages most frequently translated into English. But translations are costly, she said, and often it’s bestsellers that are translated.

The contrary is not true, pointed out Chatterjee. “There’s not much that has been published from other languages—international or vernacular—into Bengali.”

English has become the go-to language to see what’s available, Chatterjee said. “We’re missing out on books that haven’t been translated into English. I’d like to understand how other languages are doing in India but I don’t read those languages.”

Moreover, she said, “A lot of publishers from Bangladesh acquire global rights for Bengali and their language doesn’t do well in India. It might be helpful to separate these rights.”

‘We Need a Database’ of Books for Translation 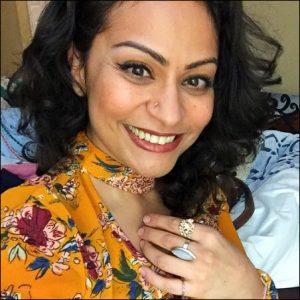 Chatterjee and Tina Narang from HarperCollins agreed with Seshadri that some sort of platform is necessary.

“We need to have a database or some kind of platform with books that lend themselves to translation,” said Narang. We don’t know where to go.

“Getting this kind of system into place would be very useful. Some of the most charming books we’ve translated have been from Bengali or Malayalam simply because they were pitched to us.

“The reason we need translations is that children should absorb cultural diversity from cultures across the world, but they should also be exposed to their vernacular languages.”

Echoing Seshadri, Narang said, “You should look at translation as a passion and not just a business opportunity. The basic game should be to get as much exposure as possible across borders and cultures.”

Narang pointed out the Story Weaver website, which she said is very useful for translators, as it lists copyright-free books.

There are many unexplored languages, she added, voicing what all panelists said they agree on: “Gujarati, Malayalam, Bengali and Tamil all have rich regional literature.”

Publishing Perspectives’ Spring Magazine is focused on inclusivity and diversity. Download a copy here. The magazine was distributed in print at the London Book Fair.