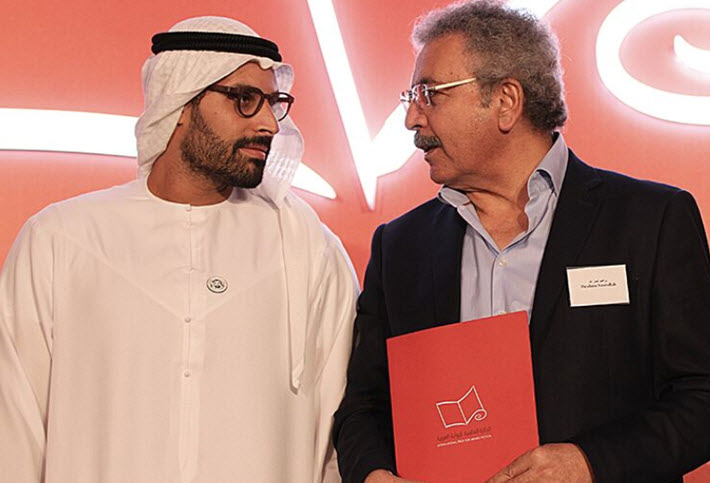 The Jordanian-Palestinian author Ibrahim Nasrallah—twice before in the running for the award—has been named the winner of the 2018 International Prize for Arabic Fiction. 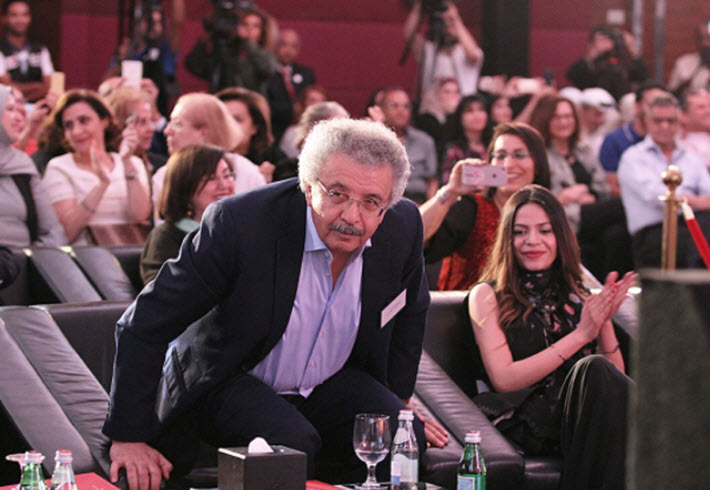 ‘What We Could Become’

In its annual prize ceremony on Tuesday evening (April 24) at the Fairmont Bab Al Bahr in the United Arab Emirates’ Abu Dhabi, the International Prize for Arabic Fiction has conferred its US$50,000 prize on Jordanian-Palestinian author Ibrahim Nasrallah for his cautionary futurist novel, The Second War of the Dog.

The book was first published in Arabic in 2016 by Lebanon-based Arab Scientific Publishers. Rights are represented by Raya Literary Agency. More information, including a sample translation, is available upon request here.

Nasrallah will participate on Wednesday (April 25) in an event with his five fellow shortlistees at the opening day here at the Abu Dhabi International Book Fair, which runs through May 1. That prize event with Nasrallah and his colleagues is set for 7:00 to 9:30 p.m. at the Sea of Culture Foundation stand at the fair (12B36), under the patronage of the Sheikha Shaikha bint Mohammed bin Khalid Al Nahyan.

Nasrallah has said that his book is “a warning of what we could become in the future.”

The book starts at what he calls “the moment of a loss of certainty, that loss of trust in those whom you interact closely with–that neighbor, brother, father, or whoever it may be.

“The novel suggests that if we continue on our current path, we will reach a future where we would become mostly nihilistic.”

The five shortlisted works and their writers are:

As Publishing Perspectives readers know, for the literary world, the outstanding element of the International Prize for Arabic Fiction (IPAF) is that it provides funding for English translation of its winning titles. You can download a complete list of short- and longlisted titles that have been translated into other languages so far.

‘A Tendency Toward Brutality’ 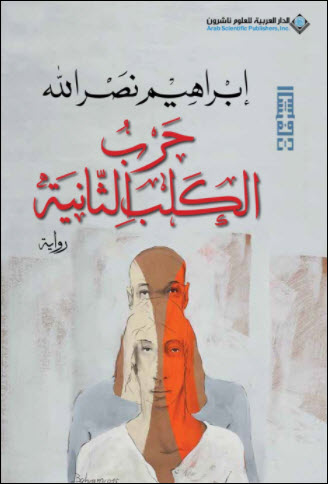 The prize is in its 11th year and Nasrallah is, in a way, in his own third year with the program, having been shortlisted in 2009 for Time of White Horses and longlisted in 2013 for Lanterns of the King of Galilee.

In a prepared statement of the jurors’ rationale, the chair of the jury, Ibrahim Al Saafin, is quoted, describing the book as “a masterful vision of a dystopian future in a nameless country, using fantasy and science fiction techniques.

“With humor and insight, it exposes a tendency toward brutality inherent in society, imagining a time [when] human and moral values have been discarded and anything is permissible, even the buying and selling of human souls.

“The novel focuses on a corrupt main character, Rashid, who changes from an opponent of the regime to a materialistic and unscrupulous extremist. Nasrallah reveals an intrinsic savagery in human beings, as he describes a futuristic world in which greed intensifies and human values and ethics are ignored.”

And in his comments about the selection by the jury, IPAF board chairman Yasir Suleiman is quoted, saying, “Ibrahim Nasrallah’s novel paints a chilling picture of humanity in all its destructive potential.

“Without a moral compass, the protagonist lets go of the normal bounds that constrain human behavior. Nasrallah expertly draws the reader into this world from different vantage points, using crisp language in which humor makes the moral burden of relating to the main character ‘bearable’, or just so.

“His win is an accolade well-deserved.” 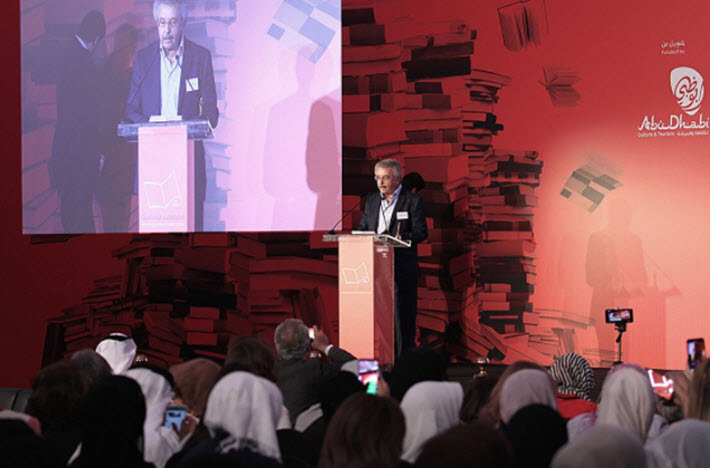 Nasrallah was born in 1954 to Palestinian parents who were displaced from their land in 1948.

He spent his childhood in the Alwehdat Palestinian Refugee Camp in Amman, and began his working life as a teacher in Saudi Arabia.

After returning to Amman, he worked as a journalist and for the Abdul Hameed Shoman Foundation.

The titles selected for contention in the 2018 prize cycle were published between July 2016 and June 2017, and were drawn from 124 entries from 14 countries.

Ahead of the announcement, the shortlisted authors took part in an event at the National Theater in Abu Dhabi hosted by the Emirates Writers Union and NYU Abu Dhabi Institute, and chaired by Sudanese novelist Ann El Safi.

Walid Shurafa also spoke about his shortlisted novel Heir of the Tombstones at the NYU Abu Dhabi Art Gallery in connection with an exhibition Permanent Temporariness, which focuses on the lives of Palestinian refugees.

Ibrahim Nasrallah and his shortlisted colleagues are heard in the video below, created after the release of the shortlist.

More from Publishing Perspectives on the International Prize for Arabic Fiction is here. And more on book awards is here.