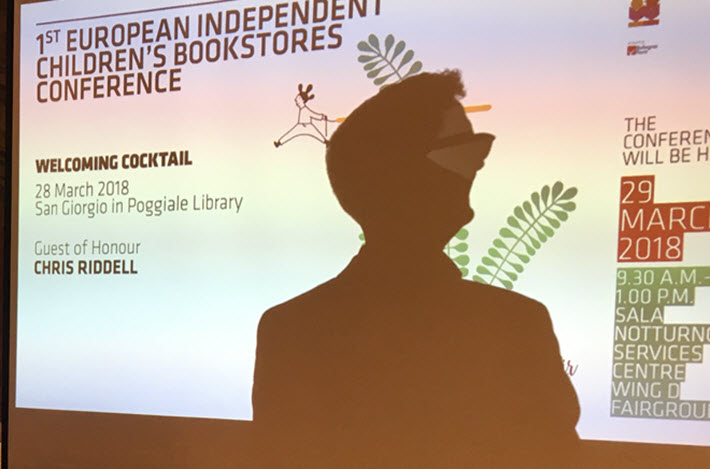 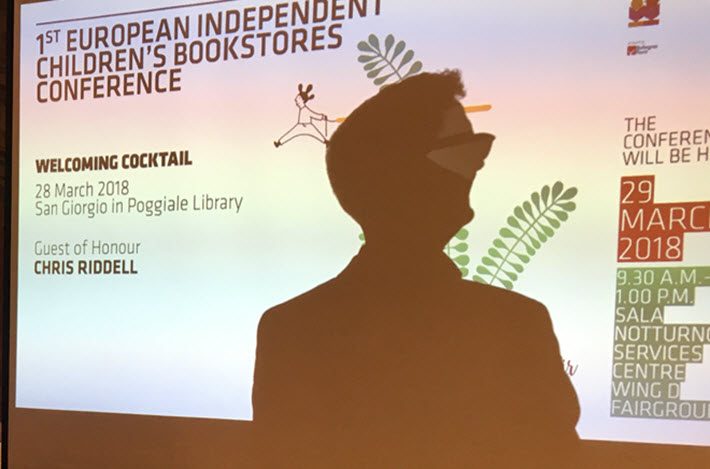 Getting ‘Our Publishing Houses in Order’

The lead speaker was Michiel Kolman of Elsevier, the International Publishers Association‘s (IPA) president, who also will on Tuesday (April 10) lead a special two-and-a-half-hour seminar at London Book Fair, “Censor, Advocate, or Disruptor? The Role of Publishers in an Evolving Publishing and Media Landscape.” At that event, starting at 10 a.m. in the National Hall Gallery’s Club Room at Olympia London, Kolman will be joined by:

And Kolman’s opening comments to the half-day bookstore conference in Italy could well be spoken in convening Tuesday’s session—which will look at cybercrime, blasphemy, and “how political polarization and nationalist populism is fueling selective censorship where dissent is viewed as damaging.”

In Bologna, he told the bookstore conference audience, “In 2018, the first children who were born in this millennium are entering university.

“Depending on their location, these 18-year-olds are adults who are legally allowed to vote, drive, drink—and even smoke if they wish to—as they now live life at their own responsibility. Let’s think about their world for a minute.

“Whether through the enhancement of the physical object or the creation of entirely digital worlds–I believe that in children’s book publishing, technological progress can coexist with print.”Michiel Kolman

“By the time these young adults were born, the Internet had been fully commercialized for about five years. Amazon was already the largest site for online shopping, rapidly pushing brick-and-mortar stores out of business. As preschoolers, they saw Google introduce its Gmail and Maps services, making it the most widely used search engine on the web. Facebook opened itself up to users beyond the university campus, and before this generation even entered secondary education, smartphones had become ubiquitous.”

What Kolman was describing is a generation of citizens who, today, may well have none of the traditional habits of reading and comfort with books of their elders. “YouTube, Snapchat, Whatsapp, and Instagram are some of their most common means of communication,” he said.

And while he said, “I believe everyone here today would agree it’s unwise to think the paper book will regain the omnipresent status it once had,” he also said that he also sees print “continuing to exist alongside other tools of storytelling.”

This was, after all, a gathering about physical bookstores, and Kolman sounded the frequently heard idea that “as humans interact with screens on a continuous basis, paper offers a tangible experience—a physical escape into a world away from screen technology.”

The “screen fatigue” defense of print, of course, isn’t held in universal agreement, but Kolman didn’t linger there, opting for the parallel-formats point: “Learning to read from a young age is crucial,” he said. “Whether through the enhancement of the physical object or the creation of entirely digital worlds—I believe that in children’s book publishing, technological progress can coexist with print.” 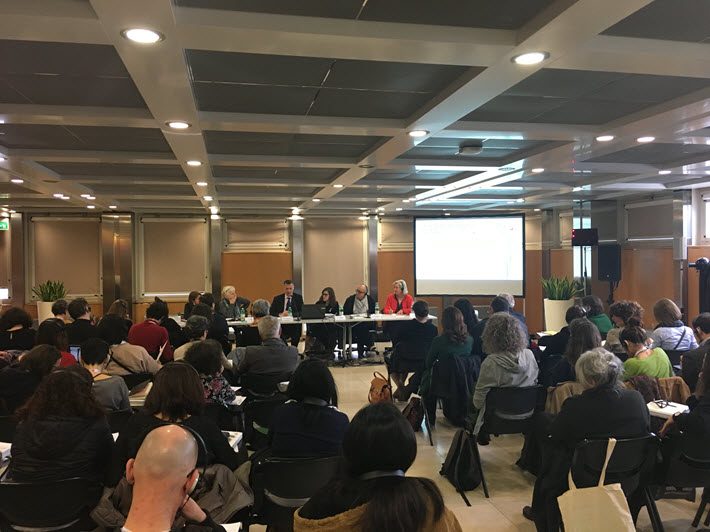 And then, how will Kolman and his colleagues look at the “Censor, Advocate, or Disruptor?” question on Tuesday in London? How much coexistence–as with print and digital–can a responsible publishing industry maintain between, say, trends in censorship and freedom to publish?

“How can we be proud of publishing children’s books themed on girl power, while we don’t have our own publishing houses in order from a gender perspective?”Michiel Kolman

Kolman has been sharply critical of Beijing’s periodic efforts to censor various unfavored articles, for example, in scholarly journals, as Publishing Perspectives has reported. And Kolman and his IPA associates in February at their International Publishers Congress in New Delhi conferred the freedom-based Prix Voltaire to Gui Minhai–”who is still imprisoned [in China] for promoting critical thinking,” Kolman said at Bologna.

And yet he also welcomed China as Guest of Honor at Bologna, for the massive size of its reading population, saying, “It’s estimated that by 2025, the number of English-speaking Chinese people will exceed the number of native English speakers.”

Kolman said, “Our guests of honor have chosen images of pandas and children to symbolize the dreams and bright futures associated with reading. … While many societies, especially in the West, are increasingly looking inward politically, children’s book authors, publishers and bookshops have the opportunity–perhaps even the responsibility–to instill cross-cultural understanding in younger generations.”

And with diversity so prominent in much of this year’s conference programming, he was provocative in his commentary about the publishing workforce’s gender balance. “Workplace inclusion should be extended to women, not only at lower- or mid-level positions but especially in leadership roles,” he said.

“How can we be proud of publishing children’s books themed on girl power, while we don’t have our own publishing houses in order from a gender perspective? With more women than men running independent book stores, publishers have a lot to learn from you.”

As he was saying this to the bookstore conference audience in Bologna, The Bookseller in London was reporting that Kolman’s company, Elsevier, had reported the biggest gender pay gap so far revealed in the UK industry: a median wage gap that pays men 40.4 percent more than it pays women, according to Benedicte Page’s article, “more than twice the UK average of 18.4 percent and the highest yet reported by a publisher.

“The company’s mean pay gap stands at 29.1 percent, also well over the UK average of 17.4 percent,” Page wrote. “Bonuses are awarded to a higher percentage of men (56.5 percent) than women (45.7 percent)” at Elsevier, “and the bonuses are higher for men, with a median bonus pay gap of 47.5 percent and a mean of 30 percent.”

Perhaps this was on Kolman’s mind as he spoke of his hopes for more balance and cohesion in the industry. “Publishers and booksellers are natural allies.”

And Tuesday’s upcoming session at London Book Fair should be instructive for where publishing’s internal conditions can at times reflect unfair and/or discriminatory pressures from the outside world.

“Let’s continue to work together in helping today’s children dream,” said Michiel Kolman, “so that they may look at a bright future by the time they are 18.”