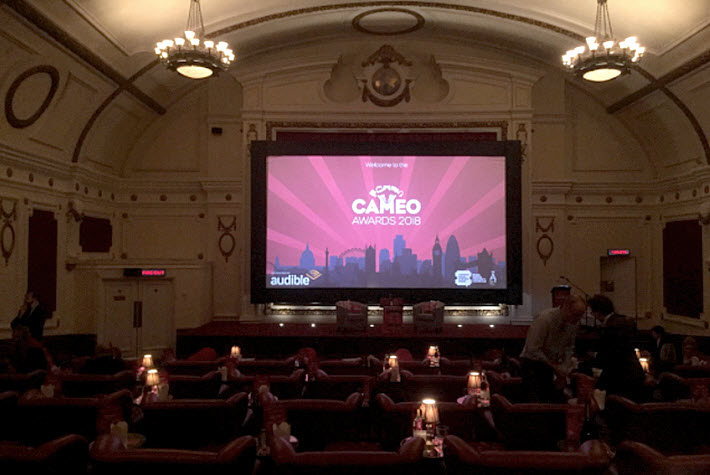 The public-facing London Book and Screen Week opens with adaptation awards in film, television, gaming, audio, and stage. ‘CAMEO’ in all-caps stands for ‘Creativity Across Media: Entertainment and Originality.’

At the 2018 CAMEO Awards in London. Image: FMcM Associates

In London Book Fair week, there are many award announcements, and among them are the CAMEO Awards, presented by London Book and Screen Week.

As covered by Publishing Perspectives

, Book and Screen Week is a public-facing program that runs parallel to the industry-directed London Book Fair. In various venues around the city, events are staged, usually featuring film.

The name CAMEO earns its all-caps rendering by standing for Creativity Across Media: Entertainment and Originality.

And the honors for 2018 were announced on Monday (April 9), the eve of London Book Fair, in a progrm at Notting Hill’s Electric Cinema, marking the opening of London Book and Screen Week festivities, many of which are focused this year on the 1o0th anniversary of the sufragette movement in the UK.

The CAMEOs recognize adaptations “across television, film, stage, adn game,” and they include a new category: book to audio. 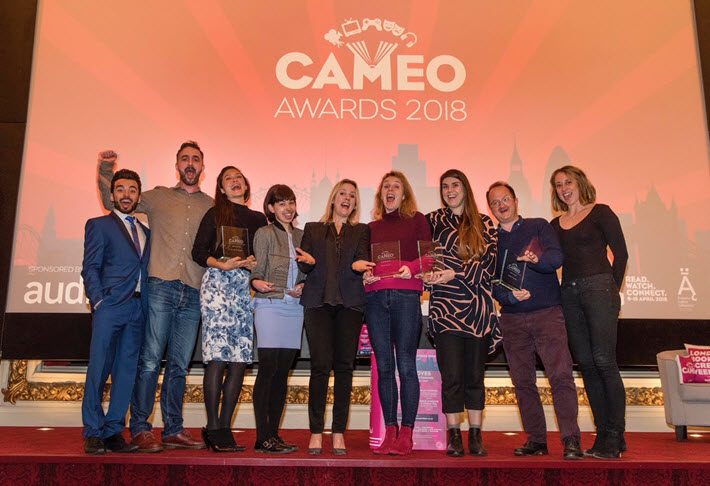 Book to Audio Award (new)
Murder on the Orient Express, original book by Agatha Christie (HarperCollins), adapted by Amazon’s Audible Studios—which is a sponsor of the CAMEO Awards.

In the Audible production, Tom Conti is heard in the role of Hercule Poirot in a cast of more than 20 people who include Eddie Marsan and Sophie Okonado. Sound effects heard on the recording are said to have been captured on the Orient Express railway itself.

In this instance of gamification, the game is based on the Astro Cat book series and teaches jyoungsters about the solar system. The work’s other awards include a Webby for best app.

This work has a new screenplay by Luke Davies and direction from Garth Davies, with Dev Patel and Nicole Kidman. It drew six Academy nominatios and won two BAFTA honors

This theatrical production uses eight actors, six trains, six boats, four flights and more to create a new evocation of the 1873 Verne tale about Phileas Fogg’s bet on a trip around the world.

Book to TV Award
The Miniaturist, original book by Jessie Burton (Picador), adapted by the Forge.

John Brownlow did the adaptation for television of the Jessie Burton novel, and the production featuers Anya Taylor Joy, Romoia Garai, and Alex Hassell. 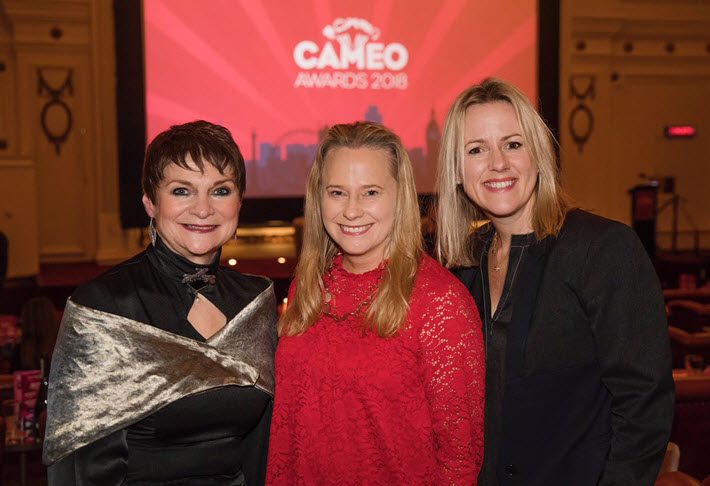 “We hope the CAMEOs also serve as a celebration and reminder of the valuable role books play within the creative industries, which are a major driver of the British economy.”

More from Publishing Perspectives on London Book and Screen Week is here. And more on the London Book Fair is here.