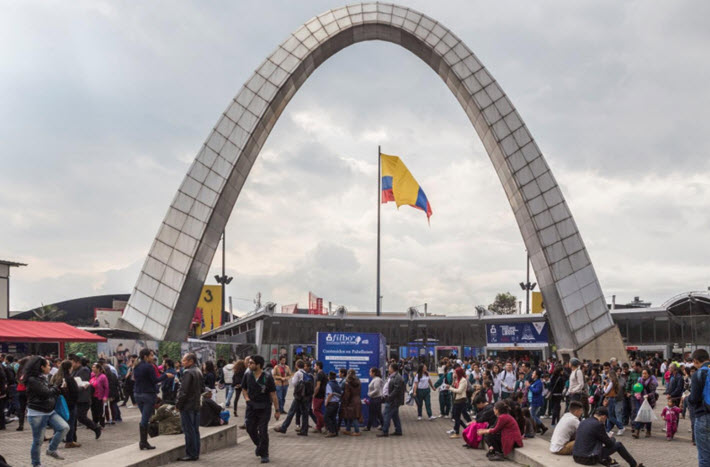 In its second year at Bogotá, the professional program has a class of agents, editors, and translators arriving this week. And in the UK, Amazon will pay a second Kindle Storyteller winner £20,000. 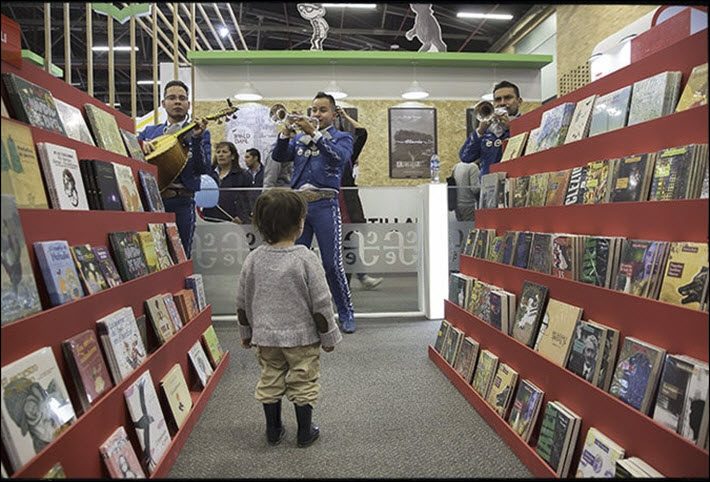 Running today (April 17) through May 2, the Bogotá International Book Fair has its 31st annual iteration, and it opens with some upbeat numbers.

According to materials sent to the media, the fair last year broke its pervious attendance records, drawing 550,000 visitors and 500 exhibitors while staging some 1,500 cultural events in 51,000 square meters of space.

The fair has a three-day professional program Wednesday through Friday (April 18 through 20), and the fair tells Publishing Perspectives that last year–the program’s first effort–there were 110 meetings tables in use by some 450 participants from 22 countries.

In addition, the fellowship program attracted:

This year’s fellows are:

The program features the opportunity for fellows to make their own meeting schedules and features a series of parallel programs including, professional training for editors, publishers, distributors, and  booksellers organized by the Colombian Book Chamber and the Bogotá Chamber of Commerce.

In addition, the three days of professional programming this week will include an “international librarians meeting”; an “illustration congress,” this year in its eighth outing; and an international copyright seminar organized by Colombia’s National Copyright Office, the Colombian Book Chamber, and the World Intellectual Property Organization (WIPO).

Those en route to Bogotá and needing more information on this week’s professional program at the fair, can email professionals@camlibro.com.co

As London Book Fair played out last week, Amazon UK announced a second year of its Kindle Storyteller Award, which carries a generous purse of £20,000 (US$28,476) for its winner, along marketing on the retailer’s website and the chance to have a book translated into foreign languages.

The program is open to all authors who publish their books through Kindle Direct Publishing on Amazon.co.uk between May 1 and August 31.

And the prize has an interactive customer component in the development of its shortlist: “consumer interest” will generate the shortlist of at least five titles, with the selection of the winner made by “an esteemed panel of judges made up of book and publishing industry experts who will select the Kindle Storyteller 2018 winner.” That shortlist, according to press materials, “is ultimately chosen by the readers themselves, as positive reviews are a focal point of the shortlisting process.”

In a prepared statement, the UK’s Amazon head of Kindle content, Claire Johnson, is quoted, saying, “Our aim is to encourage aspiring authors and those who have already been published, to start writing and release their first–or next–story.” 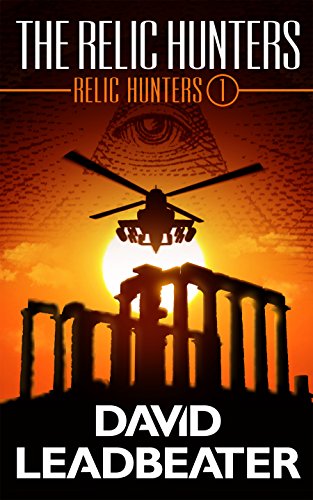 And another Claire, The Metro’s Claire Allfree, is quoted on her experience as a juror in the 2017 competition. Allfree says, “My favorite thing about this prize is the diversity of literary genres and authors, as I witnessed while on the judging panel this year.

“I’m excited to read the shortlist again and to see what brilliant and talented writers from across the country submit again.”

Those interested in being considered for the prize will want to read the details on the program’s page carefully. While the award is open to submissions of new English-language books in any genre, the keyword storytellerUK2018 must be entered in the keywords metadata field when the book is published at kdp.amazon.co.uk , and the book must be enrolled in KDP Select, available both as an ebook and a paperback–the latter of which must have “a minimum of 24 pages.”

The winner of the 2017 UK Kindle Storyteller award is David Leadbeater, for his “archeological mystery,” The Relic Hunters.