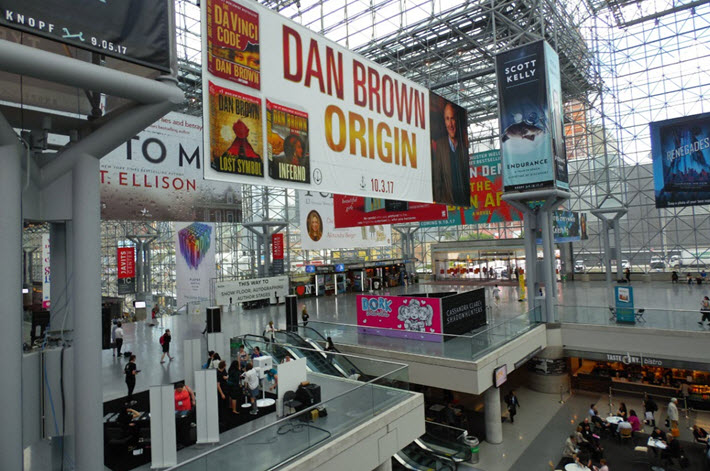 Three Big Five CEOs are scheduled for a session from BookExpo and the Association of American Publishers. And the UK’s award for writers aged 18 to 35 opens for submission. 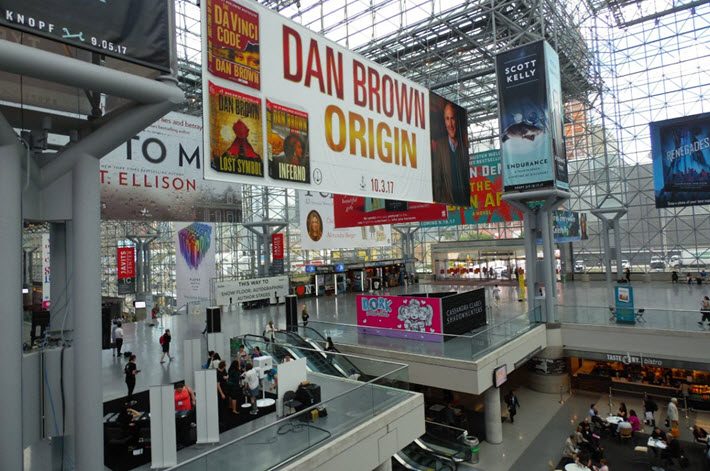 Dohle, Reidy, and Sargent on May 31

Two high-visibility industry panels have been announced for New York City’s BookExpo, which this year is scheduled for May 30 to June 1, followed by BookCon on June 2 and 3.

The Association of American Publishers (AAP) is working with Reed Exhibitions’ BookExpo to produce the two panels, one of which is a CEO-focused event and the other of which looks at copyright policy.

A “Leadership Roundtable: Publishers on Publishing” is set for 9:45 to 10:35 a.m. on May 31, the Thursday of BookExpo, and is to feature AAP president and CEO Maria Pallante moderating a discussion with Penguin Random House CEO Markus Dohle; Simon & Schuster CEO and president Carolyn Reidy; and Macmillan CEO John Sargent. The session is essentially a state-of-the-business conversation in which Pallante and the publishers will talk about “industry trends, market highlights, and the power and responsibilities of publishers as global, corporate citizens.”

And, speaking of the state of the industry, “State of the Industry: Publishing and Copyright Policy” is the title of the other newly announced panel, in this case with AAP’s Pallante as a panelist joined by the Authors Guild’s executive director Mary Rasenberger and Copyright Alliance Keith Kupferschmid. The session is moderated by the Associated Press’ very highly regarded Hillel Italie, and is scheduled for May 30, the Wednesday of the week, from 10 to 10:50 a.m.

The copyright session is to examine “copyright laws as they relate to authors, publishers, and other aspects of the public interest, from the promise of global digital commerce to the evolving legal landscape in the courts and on Capitol Hill,” according to press materials.

In a prepared statement, BookExpo senior vice president Ed Several is quoted, saying, “Hearing the leading experts discuss the most important topics in publishing will provide our audience with invaluable takeaways they can use to better their own businesses and further reinforce our effort to reimagine BookExpo into the place where the business of bookselling gets done in North America.”

Several’s reference to a “reimagining” of BookExpo has to do with the organizers’ intent to emphasize and serve the needs of booksellers this year, as the trade show searches for new traction in the marketplace.

And speaking for AAP, communications director Marisa Bluestone says, “This panel is a celebration of the publishing industry at the year’s most important event for our community.”

Registration information for BookExpo is here.

Submissions are being accepted until June 8 in one of the industry’s longest-named awards, The Sunday Times / Peters Fraser + Dunlop Young Writer of the Year Award. The prize program is designed to honor fiction, nonfiction, and poetry writers between the ages of 18 and 35 in the UK and Ireland.

Its key sponsor is the literary agency Peters Fraser + Dunlop and last year introduced an association with the University of Warwick’s writing program. A part of the winner’s prize is a 10-week residency and a year of mentoring. The British Council is also involved, as an international partner of the prize program.

The prize was founded in 1991 but has had an uneven presence, having been suspended in 2008, then revived in 2015. It’s one of the few large prizes that accepts submissions of both trade and self-published works.

As Publishing Perspectives readers will recall, the Irish writer Sally Rooney was named the 2017 winner for Conversations with Friends (Faber & Faber). The book has been shortlisted for the £20,000 Rathbones Folio Prize; the Swansea University International Dylan Thomas Prize; and the British Book Awards in the category of Book of the Year for debut fiction.

More from Publishing Perspectives on BookExpo is here. And more on book prizes is here.