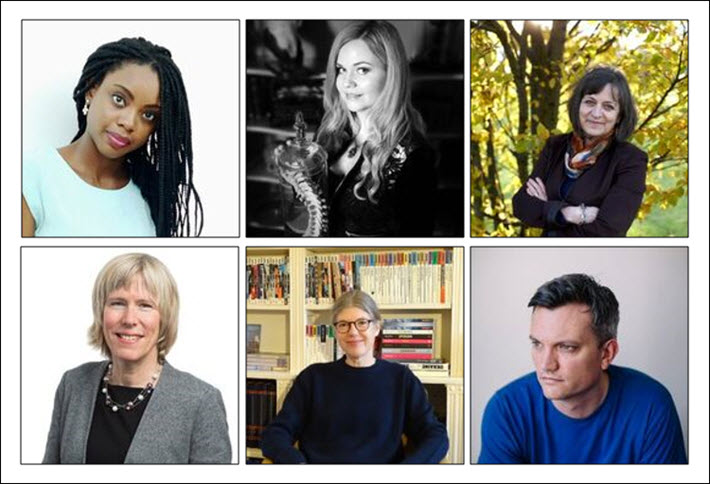 Themed on medical science and society’s relationship to it, the Wellcome Book Prize announces a shortlist for 2018 that includes four debuts. One title is a novel, one is a memoir, and four are nonfiction. 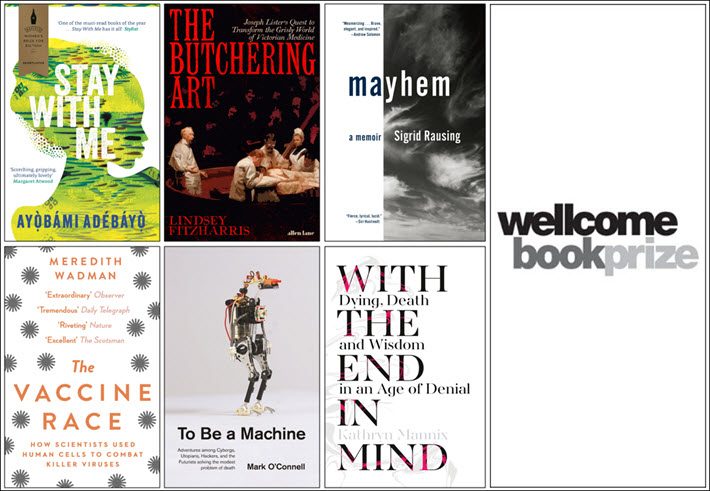 ‘Health and the Human Experience’

One of the most interestingly specialized literature awards programs of each year is the Wellcome Book Prize, which honors titles “that illuminate our encounters with health, medicine, and illness.”

For those unfamiliar with it, the Wellcome Collection in London—named for its patron Henry Wellcome—is a museum and library focused on science and medicine. With its slogan about being a place “for the incurably curious,” the organization is currently featuring, for example, exhibitions including the digital article “The Story of Yoga,” “Ayurvedic Man: Encounters With Indian Medicine,” and “Somewhere In Between,” which features the work of artists Martina Amati, Daria Martin, Maria McKinney, and John Walter, in collaboration with scientists.

The book prize from Wellcome carries a £30,000 purse (US$42,100) and is scheduled to be conferred on it winner on April 30 at the Wellcome Collection in London’s Euston Road.

This award can be lost amid so many at this time of year, of course, especially in the UK, rich in prize programs announcing batteries of categories at a time.

The Wellcome program has just one prize and it has only six shortlisted titles, a restrained program compared to many others. This year’s books, announced today (March 19), include four nonfiction works, one memoir, and a novel, all, as press materials tell us, “connected by our complex relationship with mortality.” 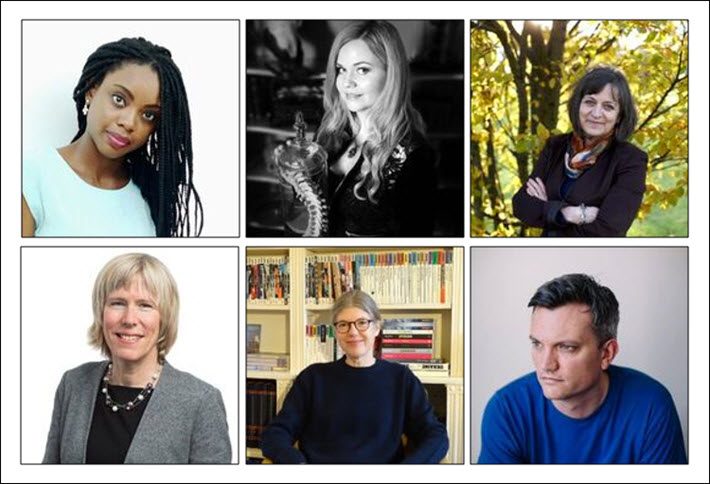 In making a statement for the press, jury chief Edmund de Waal is quoted, saying, “The demand of judging the Wellcome Book Prize is to find books that have to be read, books to press into people’s hands, books that start debates or deepen them, that move us profoundly, surprise and delight and perplex us, that bring the worlds of medicine and health into urgent public conversation: books that show us what it is to be human. These are six powerful books to read and share.”

And Kirty Topiwala, who is the publisher for the Wellcome Collection, is quoted, saying, “Year on year this genre continues to excel.

“These six exceptional books brilliantly demonstrate the variety, style and power of contemporary writing engaged with health and the human experience.”

Past winners of the Wellcome Book Prize give a good picture of what this specialized award is about. They include:

The parent company of the Wellcome Collection is the international charitable foundation Wellcome, also based in London, which makes the refreshing point in its press materials that it’s both politically and financially independent. The charity supports initiatives, it says, in areas including biomedical sciences, population health, product development and applied research, humanities and social science, and public engagement and creative industries.