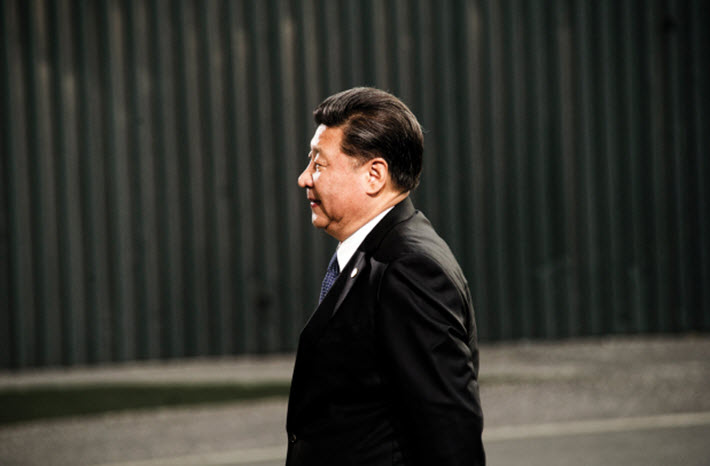 An extensively researched new report from PEN America examines China’s policy of ‘Internet sovereignty’ and its dangers to freedoms of expression, and it provides guidance to companies doing business in China. 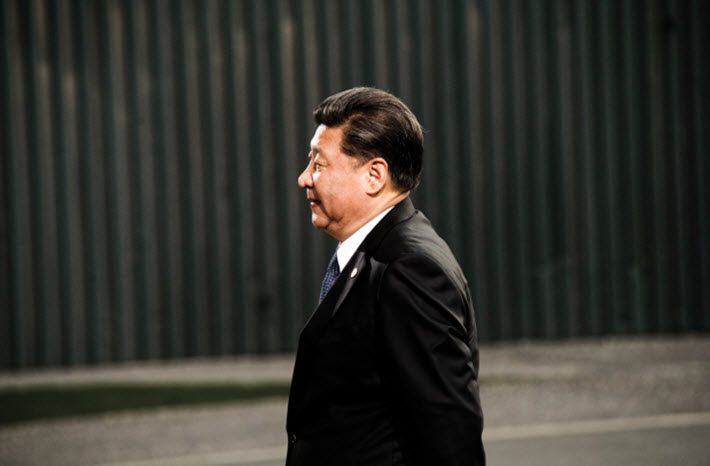 Report: ‘The “Great Firewall” Is Getting Taller’

While we frequently think of the PEN network of national and international free-expression advocates as being focused on books, the US chapter’s new sharply cautionary 90-page report takes on publishing in the social space—and how, it says, China’s government is suppressing it.

Forbidden Feeds: Government Controls on Social Media in China was launched Tuesday evening (March 13) in New York City, and it captures Beijing’s “cyber sovereignty” policy in action, described in the report as “the Chinese Communist Party’s system of censorship and surveillance of online expression, in particular on social-media platforms.”

And the document’s overall conclusion is baldly stated: “Every single aspect of China’s system of online censorship has accelerated under President Xi’s tenure.

“Regulatory enforcement has become more rigorous, domestic social media companies are on thinner ice with their government minders, advancing technologies for censorship are allowing for more effective filtering of words and images, and criminal punishments for speech have become more widespread and harsh.” 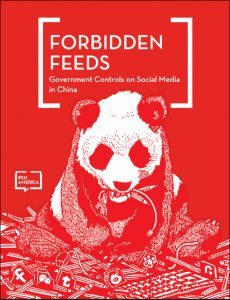 The report identifies three means by which the Chinese government has tightened its grip on social media—the first is called technological, the second legal, and the third ideological. Quoting from the executive summary here:

Clearly placing the burden of responsibility on Xi Jinping, the argument has been issued only days after the parliament of the National People’s Congress in Beijing passed a constitutional change to remove the two-term presidential term limit in China, effectively giving Xi the office for life.

“Under Xi Jinping’s leadership,” the report’s authors write, “the government is pursuing a strategy of increased censorship of online speech in China. New laws, strengthened regulations, centralized oversight bodies, and increasing enforcement actions have expanded the government’s control over online speech. The government uses this regulatory power in tandem with new advancements in censorship technology in order to increasingly repress dissident voices and shape online conversation.

“Under Xi, the ‘Great Firewall’ is getting taller.”

The most immediate victims of such suppression and censorship may well be writers.

“Many writers, artists, and especially journalists in China” the report reads, “are disproportionately affected by social media censorship because of their role as social commentators, their efforts to create works of societal significance, and their increasing reliance on social media to build an audience and make money. … Outspoken writers or artists risk total banishment from social media platforms, destroying their ability to reach a wide audience in China and, for some, ending careers altogether.”

And the report issues guidance in four directions:

In that extensive suite of advice, some of the most actionable elements fall into that fourth category, guidance for companies doing business in China. The report proposes that such companies decline to do business in the Chinese market “unless you have secured an agreement with the government that [your] company will not be obligated to enforce Chinese laws and regulations.”

Further, the PEN document advices such companies to “ensure that your organization has comprehensive pre-existing policies in place to protect users’ free expression and privacy rights, to which employees can refer when asked by government officials—either formally or informally—to hand over private user data, constrain users’ ability to access your social media platforms, or alter company algorithms or policies.”

The report reminds us that as recently as 2016, the International Publishers Association’s Prix Voltaire went not to an author of books but to Raif Badawi, the imprisoned Saudi online publisher. And as the international publishing industry’s work becomes more deeply integrated with online channels, the kind of “Internet censorship, monitoring, and centralized control” examined in PEN’s new report will become swiftly more relevant and threatening to business and to the freedom to publish.

“Consistently call and advocate for global internet policies that respect, safeguard, and uphold the right to freedom of expression and related rights,” the PEN America report’s authors advise the international community. “Raise concerns regarding the state of online expression in China at private and public engagements with counterparts within the Chinese government.”

A tape of the release of the PEN America ‘Forbidden Feeds’ report on March 13 in New York City is embedded here.

More from Publishing Perspectives on the freedom to publish is here. And more on PEN America and its work is here.