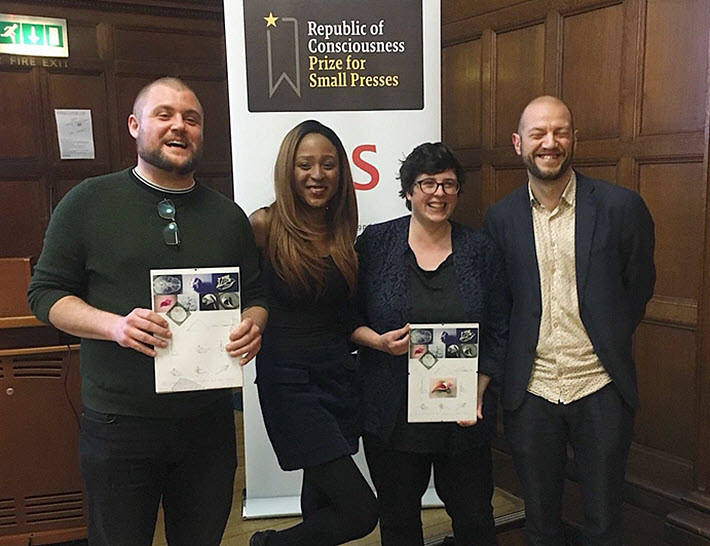 The Republic of Consciousness Prize–unique for dividing the award between publishers and authors—goes to Influx Press, a six-year-old house, and to author Eley Williams. 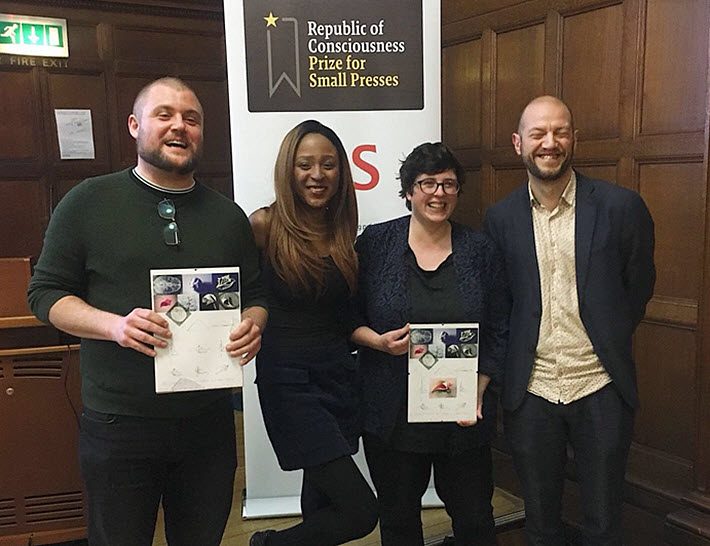 From left, Gary Budden and Sanya Semakula of Influx Press, with author Eley Williams and Influx’s Kit Caless at the Republic of Consciousness Prize for Small Presses ceremony in London. Influx Press is the 2018 winner for its publication of Williams’ ‘Attrib. and Other Stories.’ Image: FMcM

The independent publisher Influx Press tonight (March 20) has been named winner of the interestingly named Republic of Consciousness Prize for Small Presses. The award is in recognition of the house’s May 2017 publication of the much acclaimed short story collection Attrib. and Other Stories by author Eley Williams.

As Publishing Perspectives has reported, the Republic of Consciousness Prize is in its second year, having been created by author Neil Griffiths in 2016 to honor “brave and bold literary fiction” produced by independent houses from the UK and Ireland.

Speaking on learning of the win, Influx’s Kit Caless praised the award program, saying, “This is changing the landscape of literary prizes, for the very reason that the press and the author are awarded.

“When you work with an author on our level, really hands-on, really close—for the two parties to be awarded is an exceptional thing for literary prizes.” 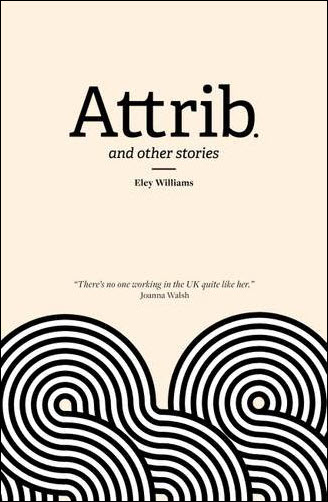 And author Williams said, “It is such an honor to appear on this shortlist, alongside writers who are the blood, bones and held nerve of my favorite type of reading and writing.

“Thank you, indies, and thank you, Republic of Consciousness for supporting all they do.”

And the prize’s founder, Griffiths, said, “This is exactly what the Republic of Consciousness Prize was set up to reward. A small press that is so focused on what it wants to publish it can see unusually brilliant writing more clearly—especially when it comes to short stories.

“Eley Williams is that rare thing, a deeply serious writer working on a playful level.

“In the middle of her story ‘Smote,’ I was floored. I realized I was reading a prose poet of a very high caliber, indeed, and I said to myself, ‘This book will win.’ The judges agreed.” 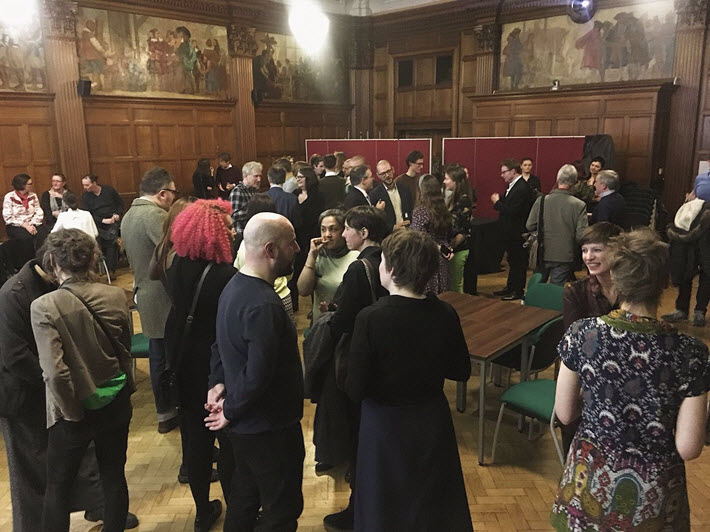 At the Republic of Consciousness Prize for Small Presses evening in London. Image: FMcM

‘The Blood, Bones, and Held Nerve’

Influx Press, which is based in London’s borough of Hackney, was founded in 2012 with another set of stories, an anthology of work about rapid changes taking place in that part of London. To date, Influx has produced 18 books, including Jeffrey Boakye’s Hold Tight: Black Masculinity, Millennials and the Meaning of Grime; Darran Anderson’s Imaginary Cities; and Chimene Suleyman’s Outside Looking On.

Last November, the publisher opened submissions exclusively to women of color “in order to expand the range of voices and scope of work it publishes,” according to press materials.

Influx’s publication of Eley Williams’ stories has been something of a breakthrough for the house. The book was longlisted for the 2018 Dylan Thomas prize and has had book-of-the-year attention in 2017 from the New Statesman, The Telegraph, The Guardian, The White Review, and the Australian Book Review.

Williams is based in Ealing and is a teacher of creative writing and children’s literature at Royal Holloway, University of London. She’s recently taken her doctorate from the university, and has had material published in journals including Ambit, Night & Day, The Dial and Structo.

In earlier writings, Griffiths has explained the name of his prize: “Here are writers whose work suggests that human consciousness beyond their own can be accessed, and through that the categorical unknowableness of others’ lived experience might be revealed.

“It is writing as a moral act. The Republic of Consciousness is here to support and celebrate this.”