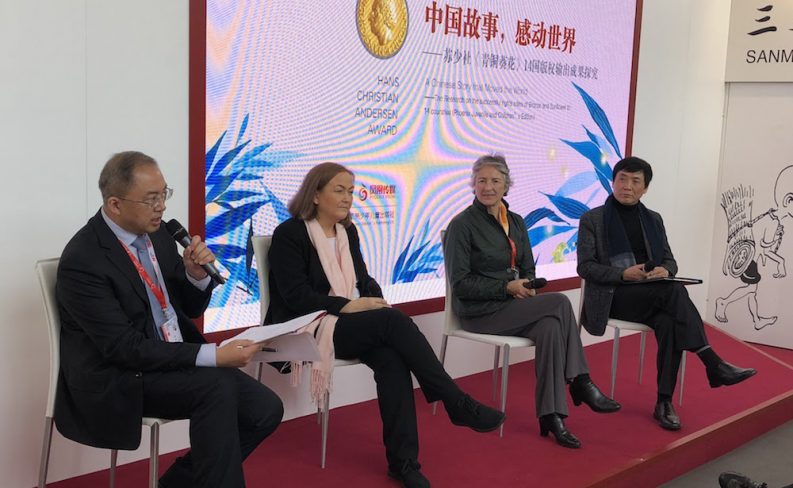 Chinese children’s book ‘Bronze and Sunflower’ became an international bestseller. Here, the Chinese publishers talks about how the book went from local to global success over several years. 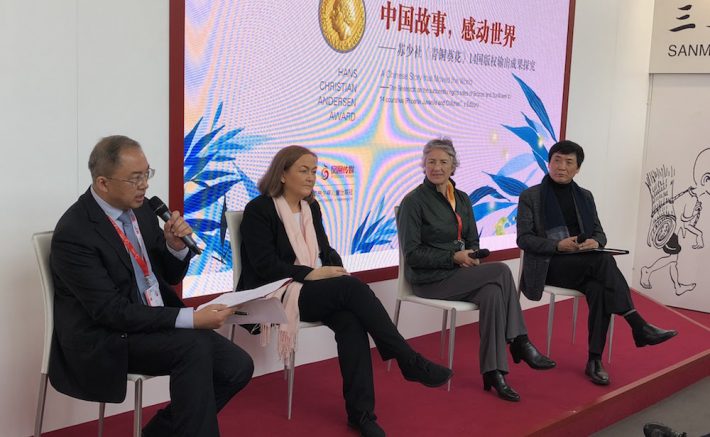 By the editors of China Publishers Magazine On March 26 during the 2018 Bologna Book Fair, Chinese publishers held a forum to discuss the worldwide success of Bronze and Sunflower by Cao Wenxuan as part of the country’s Guest of Honor program this year. The author won the 2016 Hans Christian Andersen Award, and rights have been sold into 14 countries so far.

The book’s Chinese publisher, Phoenix Juvenile and Children’s Publishing, has concentrated its efforts in recent years to find and publish original Chinese works that can be competitive in the international market. Its strategy seems to be working, as the publisher reports having exported thousands of book rights to other countries.

Phoenix believes that Bronze and Sunflower has racked up the most foreign rights deals of any Chinese children’s book in recent memory. So far, the book has been sold into 14 countries, including US, UK, France, Germany, Italy, Australia, New Zealand, America, Portugal, Vietnam, South Korea and others. And this book has been translated to the more languages than any other in history of Phoenix Publishing.

A Snowball Effect of International Success 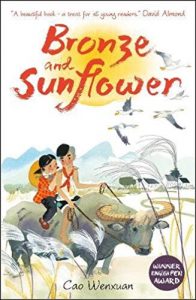 When interviewed by Bookdao, Wang Yongbo, the president of Phoenix Juvenile and Children’s Publishing, talked about the foreign rights sales process of Bronze and Sunflower in detail and the work their publishing house had done to make this book a global success.

At the end of 2017, Bronze and Sunflower appeared on the bestseller lists of The New York Times and The Wall Street Journal, and it well reviewed by book critics around the world. By that time, the book has already become a national bestseller in China and had won awards such as the “National Five Top Project Award” and the Chinese Government Award for Publishing.

Wang Yongbo told Bookdao that the UK edition—published by Walker Books—really helped Bronze and Sunflower take off in other countries. “In 2012,” he said, “Wu Xiaohong, who was the rights manager at that time and now the director of foreign cooperation department, learned of Walker Books’ interest in publishing the English version of this book in the UK. The rights export of the book was only limited to Vietnamese and France versions at that time and did not have adequate [global] influence.

“Walker Books is a well-known publisher and deep connections to European and American press…So later the whole publishing house was focusing on this cooperation and communicating actively, and finally granted the World English rights to Walker Books,” said Wang Yongbo.

Walker Books applied for and was awarded a translation grant from English PEN’s Writers in Translation program, which chooses books to support based on their literary merit. Recipients’ books are also featured in English PEN’s World Bookshelf website.

After the rights had been successfully been sold to the UK in 2012, rights quickly sold in other Europe countries as well, including Italy and Germany. The UK edition won the Marsh Award for Children’s Literature in Translation—awarded every two years by the Marsh Christian Fund—after it was published in 2015.

Cooperating with Walker Books in the UK was an essential step for Phoenix’s rights department. Chinese original works of literature like Bronze and Sunflower are beginning to attract attention from major countries, so Phoenix wanted to grasp this important opportunity. Phoenix put a lot of effort into promoting the book, its translated editions, and its international success, all with the goal of building up the reputation of Chinese literature abroad.

During the event, Wang Yongbo also spoke about the important role of translators in international success stories. UK-based translator and Sinologist Helen Wang did the English translation of Bronze and Sunflower, which earned her several awards. In addition to her translation work, she is a curator of East Asian money at the British Museum and writes for Paper Republic.

“She is very familiar with Chinese culture and is a senior Chinese literature translator,” said Wang Yongbo.

And Cao Wenxuan said, “Helen Wang has put the beauty of English language into her translation…The brilliant translation work of Bronze and Sunflower also contributed to my winning the Hans Christian Andersen Award.”