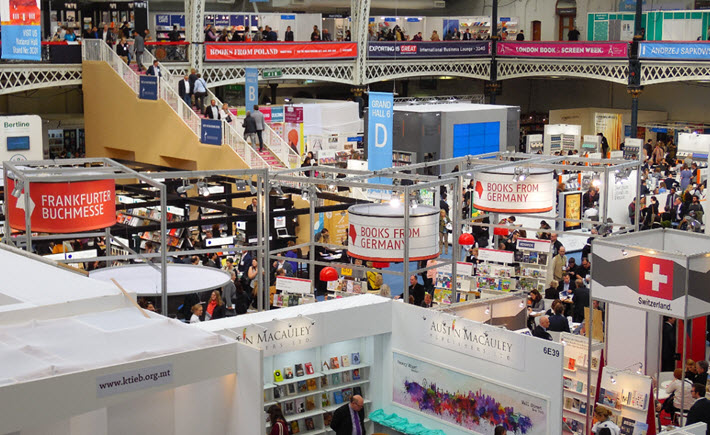 The London Book Fair introduces a fair illustrator and a fair poet in April, for special recognition and appearances. And translation press Tilted Axis forms a partnership for rights in Australia, New Zealand. 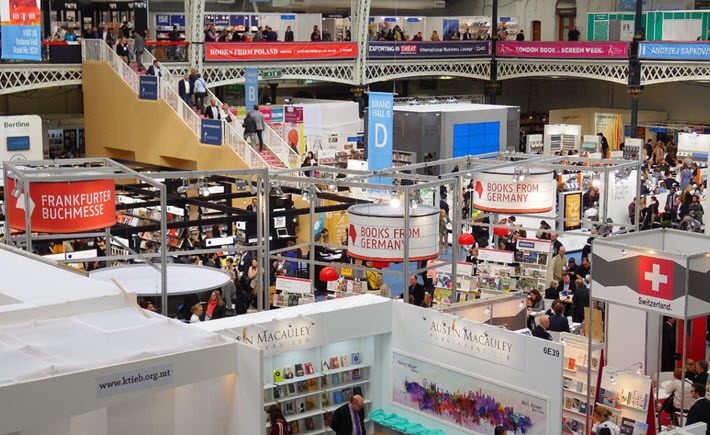 On the floor at London Book Fair 2017. Image: Porter Anderson

Poetry ‘More Accessible Than Ever’

With her latest book, Luck Is the Hook, coming out next week from Bloodaxe, poet Imtiaz Dharker has been named London Book Fair’s first poet of the fair, much in the same way that the fair each year has authors of the day.

Dharker is to be at the Olympia on the fair’s Wednesday (April 11), and will be in conversation about her work in fair’s Poets’ Corner in the Lower West Hall at stand 5C150, a theater area that will host the Fair’s Poetry in Motion seminar stream.

Poetry in Motion has been curated in partnership with National Poetry Day, the Poetry Book Society and sponsored by the National Book Council of Malta.

The Malta connection has to do with a special focus on Maltese poetry with an event on April 10. 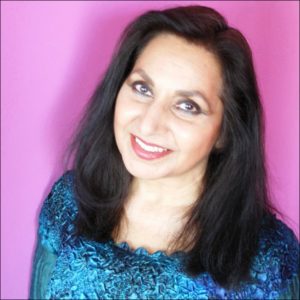 The new poetry program is to include new sales analysis and insight into the poetry market and predictions for poetry in the years ahead, as well as sessions on how to engage children and young people.

Seminars will also feature Diversity and Inclusivity: Poetry and the Small Press and a seminar that looks at the benefits of poetry for mental well-being with panelists Jane Davis, founder and director of The Reader and William Sieghart, the founder of both National Poetry Day and the Forward Prizes for Poetry. The fair’s Market Focus will be represented in seminars with poets, writers and translators from Estonia, Lithuania and Latvia, with an additional focus on poetry from Malta.

In a prepared statement, fair director Jacks Thomas is quoted, saying, “Poetry is universally acknowledged as one of the most enduring media, inspiring cross-cultural meetings of minds. In a time of social media and online sharing, it is more accessible than ever.

“How lucky we are to have such a stellar lineup at The London Book Fair, led by Imtiaz Dharker who will certainly put our poetry program in motion.” 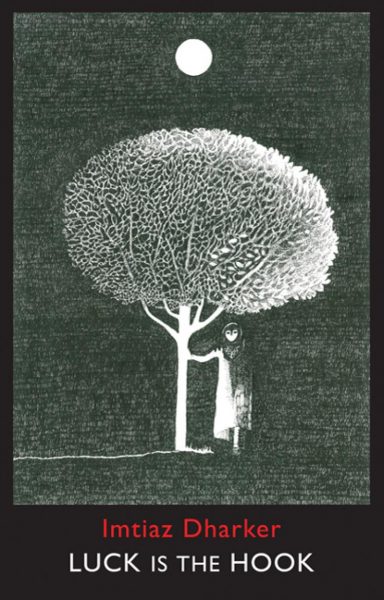 In a separate session on is Manjeet Hirani’s How to Be Human, Hirani will be speaking in the fair’s CrossMedia Theater on April 10 in a seminar titled How to be Human: Life Lessons From Animals, with Missy Dunaway, author and illustrator, and Steve Wasserman, writer and psychotherapist.

The announcement of Dharker as fair poet follows similar news that the fair will feature its first official illustrator, as well. Lauren Child, Waterstones’ Children’s Laureate, will also be on-hand at the fair on April 11, and will be seen in seminars, receptions, photo calls and networking events, beginning with an “in conversation” event with the Association of Illustrators (AOI), when she will talk about her work and career.

In other events, an Illustrators Afternoon will see art directors from publishers including Bonnier Zaffre, Little Tiger, Scholastic, Titan Books and Usborne Publishing present their top tips and what they look for when commissioning illustrators.  Seminar attendees will then be able to meet with the panelists for a 15-minute, pre-booked, one-to-one appointment to show their portfolios, receive feedback and ask questions. 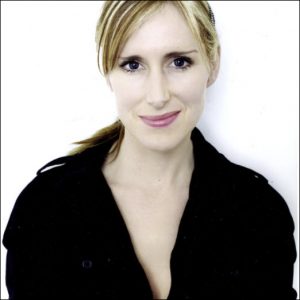 In addition, the association will be presenting a condensed version of its hugely popular masterclasses covering self-promotion, the commissioner journey, client negotiation and an overview of rights.

In a prepared statement, Child is quoted, saying, “I’m so pleased to be the be inaugural illustrator of the fair and hope this is the beginning of an ongoing tradition at London Book Fair [of] creating a dialogue around the importance of visual literacy.

“The best illustrations are complimentary to the text, but they’re so much more than that. They can relay feelings and emotions and transport you, instantly, to another place and time. It’s important to me, in my time as Waterstones Children’s Laureate, to champion the importance of illustration as an art-form, whether for children or adults.”

A series of Insights Seminars at the fair, “Illustrate Your Point,” comprises 11 events on issues around illustration. Those events can be found listed here.

The arrangement, a first for both companies, means that Tilted Axis will hold world English rights for each title it produces and will offer right of first refusal in the Australian and New Zealand markets to Brow Books.

The first title in which the partnership is to be in play will see the August publication in Australia and New Zealand of Han Yujoo’s The Impossible Fairytale, in a translation from the Korean by Janet Hong.

Han will tour Australia in August for the launch of her book as a fellow of the 2018 Writers Immersion and Cultural Exchange Program (WrICE), a reciprocal cultural exchange of writers from the Asia-Pacific region. 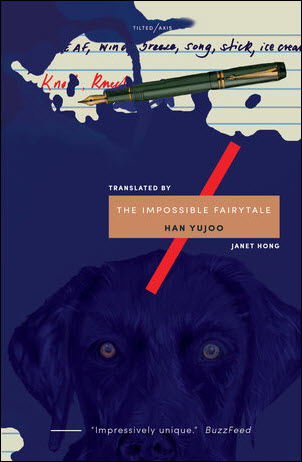 In a prepared statement, Tilted Axis’ Smith is quoted, saying, “We’re longtime fans of The Lifted Brow”—which is Brow Books’ quarterly literary magazine—so we were excited to learn of them branching out into print with Brow Books.

“Their tastes and production values are very much comparable with our own, and their diverse, exciting list seemed an obvious home for our titles. Plus, their willingness to try something new in terms of a co-publishing agreement fits perfectly with our own desire to explore innovative new models. And our digital producer Simon Collinson was a former TLB staffer, so this feels like a neat tie.” 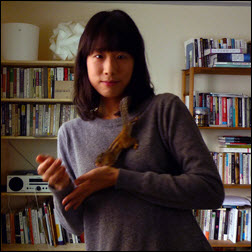 And for Brow Books, pulisher Sam Cooney is quoted, saying, “We’ve been keenly admiring Tilted Axis Press from its inception, delighting from afar at all it has achieved in a few short years—not only at the books it has published, but at the way it goes about its work: with a heady mixture of resoluteness and optimism.

“As a press, ourselves, where process is always a huge part of the outcome—where any success is only as excellent as the way it was reached—we’re so thrilled to now be officially in partnership with a small press that clearly prioritizes similar concerns.

“We’re extremely excited to begin introducing Tilted Axis Press titles to keen readers in Australia and New Zealand. It’s about time that we over here had the opportunity to read such exquisite stories from near and far corners of the world that have been too long ignored.”

More from Publishing Perspectives on translation is here. And more on London Book Fair is here.