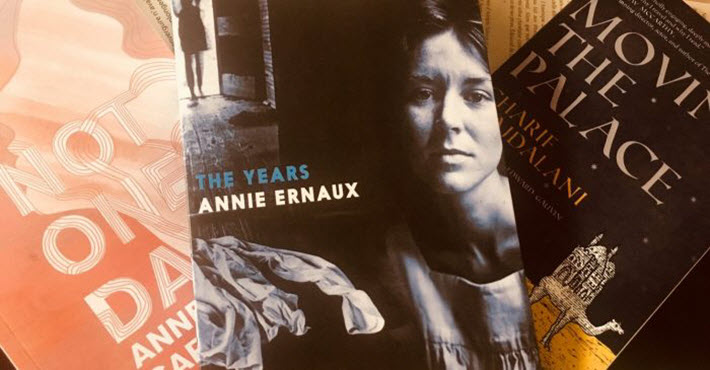 Even as the National Book Foundation begins taking submissions for its first translation award this year, the French-American Foundation has announced shortlists in its 31st annual translation prizes. 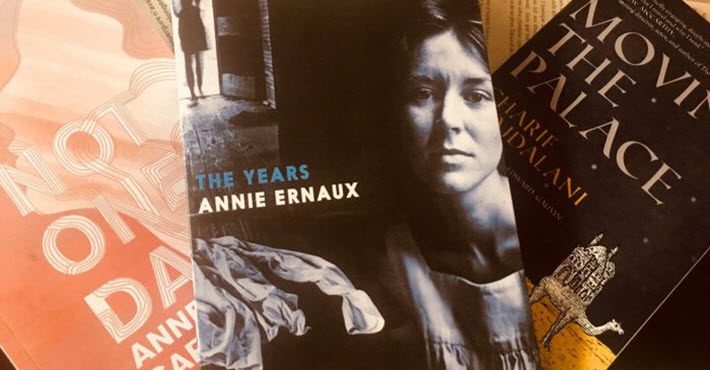 Two Translators Will Win, in Fiction and Nonfiction

No sooner had the National Book Awards opened submissions to its 2018 prize cycle—which for the first time includes an award for translated literature—the French-American Foundation has announced its shortlist of 10 titles in its 31st annual Translation Prize program.

The program pays US$10,000 to a winning translator, one in fiction and one in nonfiction. The prizes are funded by the Florence Gould Foundation. Eligible books were published in the 2017 calendar year and, in some cases, the finalists are some of France’s most acclaimed works being made available to US readers for the first time.

The awards ceremony at which the two winners will be announced is set for May 11, and bestselling romance author Marc Levy is expected to attend as guest of honor.

Here are the five fiction and five nonfiction shortlisted books. The descriptive copy is edited from promotional material provided by the publishers. 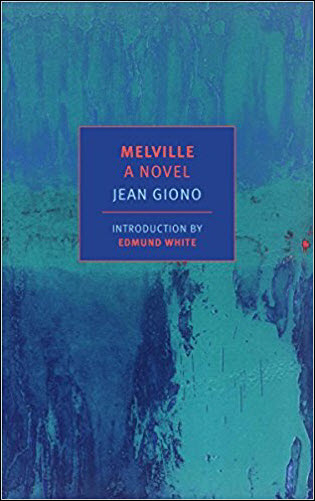 In the fall of 1849, Herman Melville traveled to London to deliver his novel White-Jacket to his publisher. On his return to America, Melville would write Moby-Dick. Melville: A Novel imagines what happened in between: the adventurous writer fleeing London for the country, wrestling with an angel, falling in love with an Irish nationalist, and, finally, meeting the angel’s challenge—to express man’s fate by writing the novel that would become his masterpiece.

This book, Giono’s Melville, was prompted by the author’s preface to the first French translation of Moby-Dick. 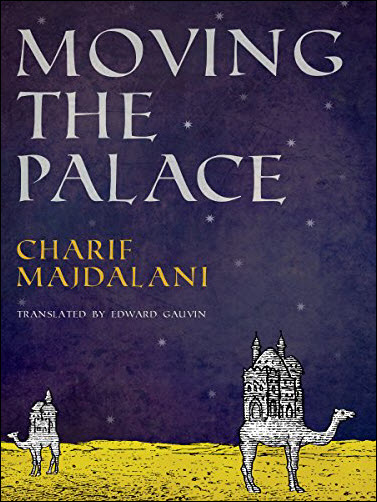 Moving the Palace won the 2008 François Mauriac Prize from the Académie Française as well as the Prix Tropiques.

At the dawn of the 20th century, a young Lebanese explorer leaves the Levant for the wilds of Africa, encountering an eccentric English colonel in Sudan. In this lush chronicle of far-flung adventure, the military recruit crosses paths with a compatriot who has dismantled a sumptuous palace in Tripoli and is transporting it across the continent on a camel caravan. The protagonist soon takes charge of this hoard of architectural fragments, ferrying the dismantled landmark through Sudan, Egypt and the Arabian Peninsula, attempting to return to his native Beirut with this moveable real estate. Along the way, he encounters skeptic sheikhs, suspicious tribal leaders, bountiful feasts, pilgrims bound for Mecca, and T.E. Lawrence in a tent. 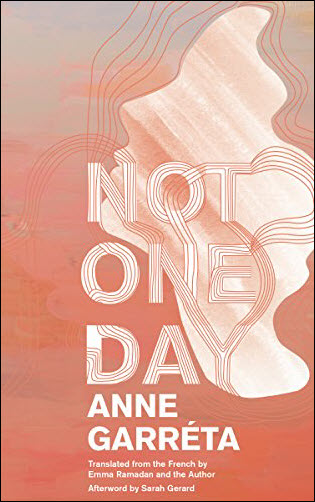 Not One Day is a winner of the Prix Médicis.

The book begins with the maxim: “Not one day without a woman.” 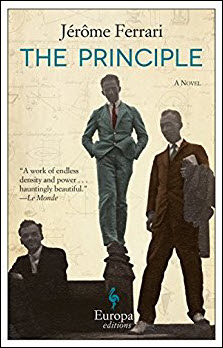 Beguiled by the figure of German physicist Werner Heisenberg–who disrupted the assumptions of quantum mechanics with his notorious Uncertainty Principle, earning the Nobel Prize in physics in 1932–a young, disenchanted philosopher attempts to right his own intellectual and emotional course and take the measure of the evil at work in the contemporary world.

In this critically acclaimed novel, Jérôme Ferrari takes stock of European culture’s failings during the 20th century and inserts their implications into a compelling vision of the contemporary world.

His story is one of eternal returns, of a perpetual fall of Icarus—the inevitably compromised meeting between a man’s soul and the mysterious beauty of the world. 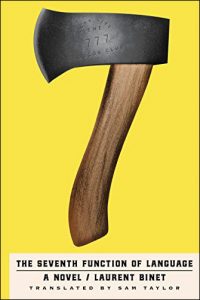 Paris, 1980. The literary critic Roland Barthes dies—struck by a laundry van—after lunch with the presidential candidate François Mitterand. The world of letters mourns a tragic accident. But what if it wasn’t an accident at all? What if Barthes was . . . murdered?

In The Seventh Function of Language, Laurent Binet spins a madcap secret history of the French intelligentsia, starring such luminaries as Jacques Derrida, Umberto Eco, Gilles Deleuze, Michel Foucault, Judith Butler, and Julia Kristeva—as well as the hapless police detective Jacques Bayard, whose new case will plunge him into the depths of literary theory (starting with the French version of Roland Barthes for Dummies). Soon Bayard finds himself in search of a lost manuscript by the linguist Roman Jakobson on the mysterious “seventh function of language.”

The Seventh Function of Language has just been longlisted for the Man Booker International Prize, and you can read more about it at Publishing Perspectives here. 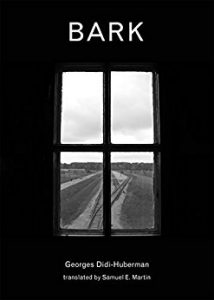 On a visit to Auschwitz-Birkenau, Georges Didi-Huberman tears three pieces of bark from birch trees on the edge of the site. Looking at these pieces after his return home, he sees them as letters, a flood, a path, time, memory, flesh. The bark serves as a springboard to Didi-Huberman’s meditations on his visit, recorded in this spare, poetic, and powerful book. Bark is a personal account, drawing not on the theoretical apparatus of scholarship but on Didi-Huberman’s own history, memory, and knowledge.

The text proceeds as a series of reflections, accompanied by Didi-Huberman’s photographs of the visit. The photographs are not meant to be art—Didi-Huberman confesses that he “photographed practically everything without looking”—but approach it nevertheless. Didi-Huberman tells us that his grandparents died at Auschwitz, but his account is more universal than biographical. As he walks from place to place, he observes that in German birches are birken; Birkenau designates the meadow where the birches grow. Didi-Huberman sees and photographs the “reconstructed” execution wall; the floors of the crematorium, forgotten witnesses to killing; and the birch trees, lovely but also resembling prison bars. Taking his own photographs, he thinks of the famous photographs taken in 1944 by a member of the Sonderkommando ,the only photographic documentation of the camp before the Germans destroyed it, hoping to hide the evidence of their crimes. Didi-Huberman notices a “bizarre proliferation of white flowers on the exact spot of the cremation pits.” The dead are not departed. 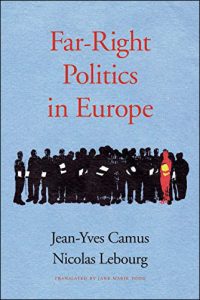 In Europe today, staunchly nationalist parties such as France’s National Front and the Austrian Freedom Party are identified as far-right movements, though supporters seldom embrace that label. More often, “far right” is pejorative, used by liberals to tar these groups with the taint of fascism, Nazism, and other discredited ideologies. Jean-Yves Camus and Nicolas Lebourg’s critical look at the far right throughout Europe—from the United Kingdom to France, Germany, Poland, Italy, and elsewhere—reveals a prehistory and politics more complex than the stereotypes suggest and warns of the challenges these movements pose to the EU’s liberal-democratic order.

The European far right represents a confluence of many ideologies: nationalism, socialism, anti-Semitism, authoritarianism. In the first half of the twentieth century, the radical far right achieved its apotheosis in the regimes of Fascist Italy and Nazi Germany. But these movements have evolved significantly since 1945, as Far-Right Politics in Europe makes clear. Since the terrorist attacks of 9/11 in the United States, a new wave has unfurled, one that is explicitly anti-immigrant and Islamophobic in outlook.

Members of these movements are increasingly determined to gain power through legitimate electoral means. In democracies across Europe, they are succeeding. 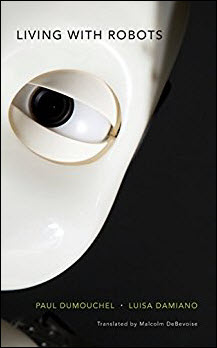 Living with Robots recounts a foundational shift in the field of robotics, from artificial intelligence to artificial empathy, and foreshadows an inflection point in human evolution. Today’s robots engage with human beings in socially meaningful ways, as therapists, trainers, mediators, caregivers, and companions. Social robotics is grounded in artificial intelligence, but the field’s most probing questions explore the nature of the very real human emotions that social robots are designed to emulate.

Social roboticists conduct their inquiries out of necessity—every robot they design incorporates and tests a number of hypotheses about human relationships. Paul Dumouchel and Luisa Damiano show that as roboticists become adept at programming artificial empathy into their creations, they are abandoning the conventional conception of human emotions as discrete, private, internal experiences. Rather, they are reconceiving emotions as a continuum between two actors who coordinate their affective behavior in real time. 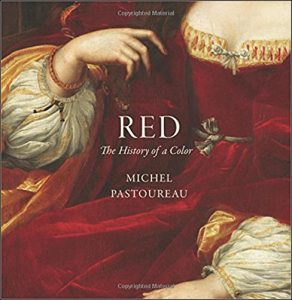 In this beautifully illustrated book, Michel Pastoureau, the acclaimed author of Blue, Black, and Green, now masterfully navigates centuries of symbolism and complex meanings to present the fascinating and sometimes controversial history of the color red. Pastoureau illuminates red’s evolution through a diverse selection of captivating images, including the cave paintings of Lascaux, the works of Renaissance masters, and the modern paintings and stained glass of Mark Rothko and Josef Albers.

The color red has represented many things, from the life force and the divine to love, lust, and anger. Up through the Middle Ages, red held a place of privilege in the Western world. For many cultures, red was not just one color of many but rather the only color worthy enough to be used for social purposes.

In some languages, the word for red was the same as the word for color. The first color developed for painting and dying, red became associated in antiquity with war, wealth, and power. In the medieval period, red held both religious significance, as the color of the blood of Christ and the fires of Hell, and secular meaning, as a symbol of love, glory, and beauty. Yet during the Protestant Reformation, red began to decline in status. 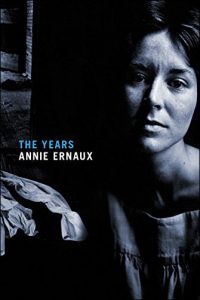 The Years is a personal narrative from Annie Ernaux of the period 1941 to 2006 told through the lens of memory, impressions past and present—even projections into the future—photos, books, songs, radio, television and decades of advertising, headlines, contrasted with intimate conflicts and writing notes from six decades of diaries. Local dialect, words of the times, slogans, brands and names for the ever-proliferating objects, are given voice here. The voice we recognize as the author’s continually dissolves and re-emerges.

Ernaux makes the passage of time palpable. Time itself, inexorable, narrates its own course, consigning all other narrators to anonymity. A new kind of autobiography emerges, at once subjective and impersonal, private and collective.

On its 2008 publication in France, The Years came as a surprise. Though Ernaux had for years been hailed as a beloved, bestselling and award-winning author, The Years was in many ways a departure: both an intimate memoir “written” by entire generations, and a story of generations telling a very personal story. Like the generation before hers, the narrator eschews the “I” for the “we” (or “they,” or “one”) as if collective life were inextricably intertwined with a private life that in her parents’ generation ceased to exist. She writes of her parents’ generation (and could be writing of her own book): “From a common fund of hunger and fear, everything was told in the ‘we’ and impersonal pronouns.”

Below, we’ve embedded a video about the French-American Foundation from its 40th-anniversary observances in 2016.

More of Publishing Perspectives’ coverage of translation is here. And more on awards is here.