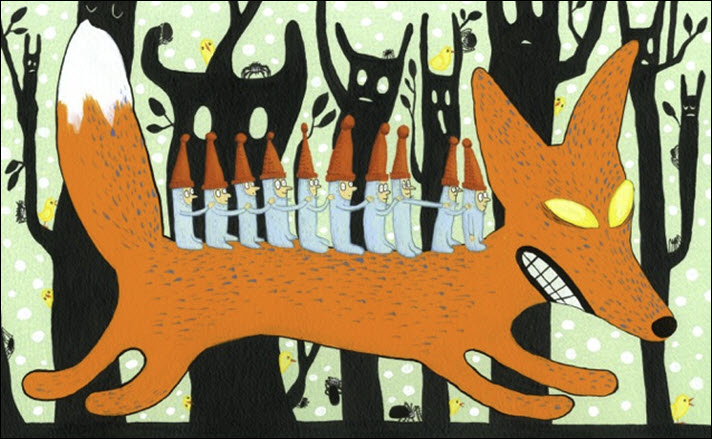 With more than €26,000 in prizes, the Global Illustration Award from Frankfurter Buchmesse and the Information Content Industry Association has issued its third-year call for submissions to IlluSalon, with an award ceremony set for Frankfurt on October 10. 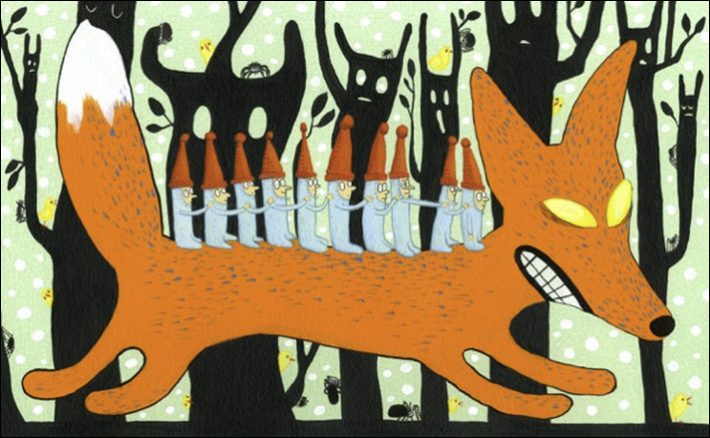 As many illustrators and their work figure prominently at Bologna International Children’s Book Fair, opening today (March 26) in Italy, Frankfurter Buchmesse has announced the third year of its Global Illustration Award partnership with the International Information Content Industry Association, in cooperation again with Beijing-based IlluSalon.

The program is divided into five categories of entries:

“Signs & Civilization” is the topic of that last category, the theme illustration, and it’s based on the “Made by Characters” focus from Guest of Honor Georgia with its unique 33-character alphabet.

Some 150 entries will form the longlist comprising these five categories. 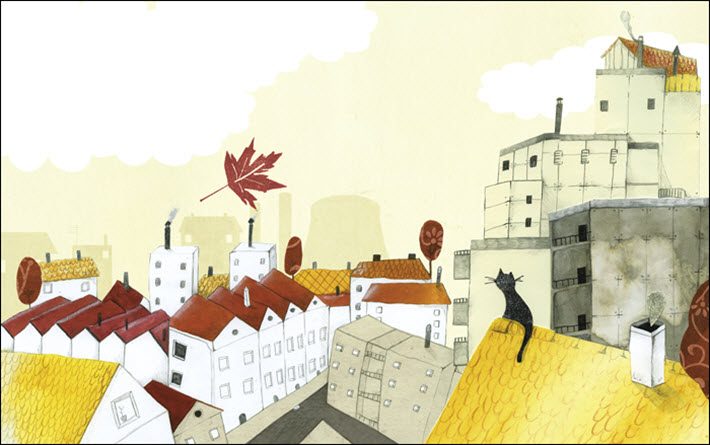 ‘The Red Leaf’ is a 2017 woodcut by Judith Loske of Germany. Image: IlluSalon

In addition, the winners will be awarded trophies and certificates issued by the organizing committee. All entries selected for the final round are to be included in a print publication titled Global Illustration Award 2018 and promoted globally.

The Global Illustration Award ceremony is set to be held at Frankfurter Buchmesse on October 10.

A seven-member jury has been named for the award program, including Claudia Kaiser (chair), vice president of Frankfurter Buchmesse; Russian illustrators Victoria Fomina and Yusof Ismail; and Malaysian senior publisher and illustrator Mingzhou Zhang, who is vice chair of the International Board On Books For Young People (IBBY) in China.

More from Publishing Perspectives on the Global Illustration Award is here. And more on Frankfurter Buchmesse is here.