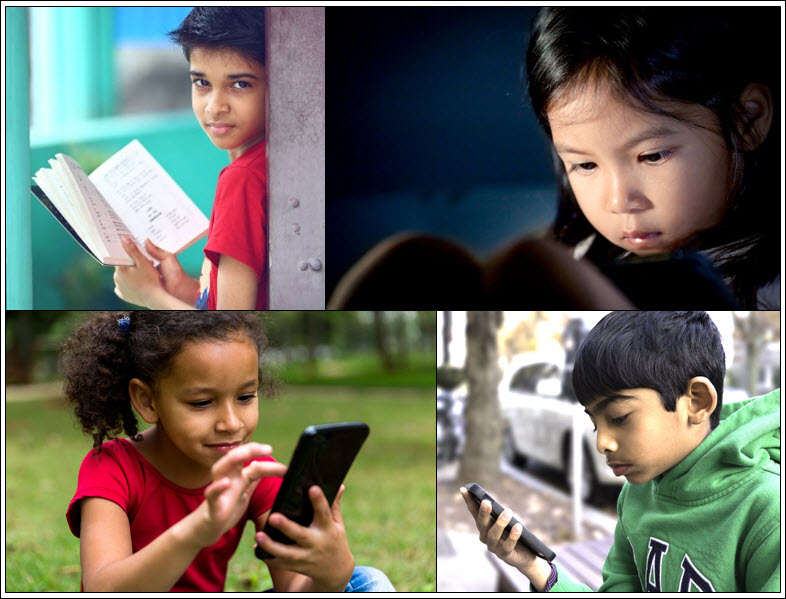 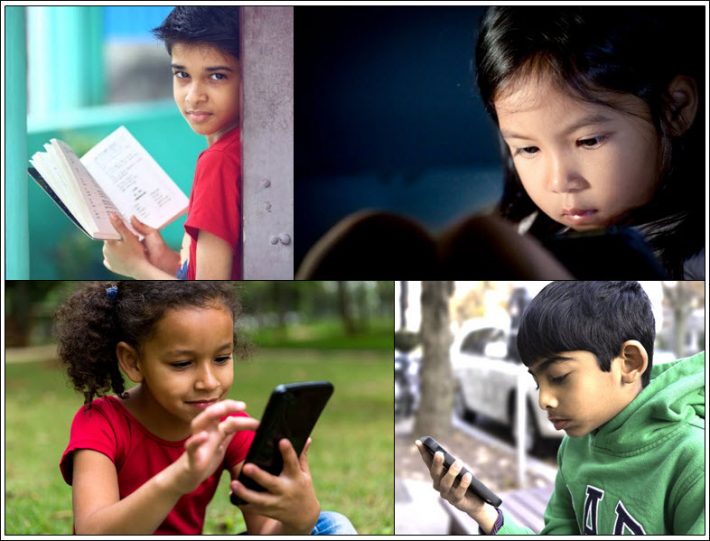 When the United Arab Emirates’ Sheikha Bodour bint Al Qasimi of Sharjah requested several shows of hands in India at the International Publishers Association’s 32 world congress, she had plenty of delegates waving back at her as she asked, “How many of you are publishers?” Pretty much the whole room had hands in the air.

The same for, “How many of you are children’s publishers?”—a large proportion of the assembly.

The same for, “How many of you are publishers in education?”—a smaller but still substantial part of the room.

Then Bodour asked, “And if you’re a digital publisher, could you please stand up?” To that, she saw mostly seated publishers, followed by a hearty but embarrassed laugh.

And her questions to the audience had done their work. As each speaker shared observations with the 60-nation congress on “Creating Readers of the Future,” competition from digital entertainment and its allure particularly for the young loomed like the proverbial elephant in the room. Bodour urged her panelists to talk of how technology was involved in the question of building readership. Some responded. Not all could quite get to the digital question.

Bodour has been asking these things for some time. The founder of Kalimat—the Arab world’s first publishing house dedicated to children’s literature—told Publishing Perspectives almost two years ago, that even with the UAE’s advanced ICT infrastructure and mobile penetration, “Digital publishing isn’t capitalizing on this landscape nearly enough. Digital content or ebooks share only 1 percent of Arabic book readership.”

Thus it is that even in Sharjah—the emirate so determined to build a knowledge-based industry grounded in reading culture that it’s to be UNESCO’s World Book Capital next year—it turns out that a link between trade publishing for kids and the digital mobile culture of those youngsters has proved hard to forge.

Here, then, are comments from each of Bodour’s four panelists on their main observations about challenges and trends in building readership among young content consumers. As you’ll see, Chennai’s Gita Wolf of Tara Books did go right to the issue of digital’s overhang, in referencing today’s entertainment competition to reading. 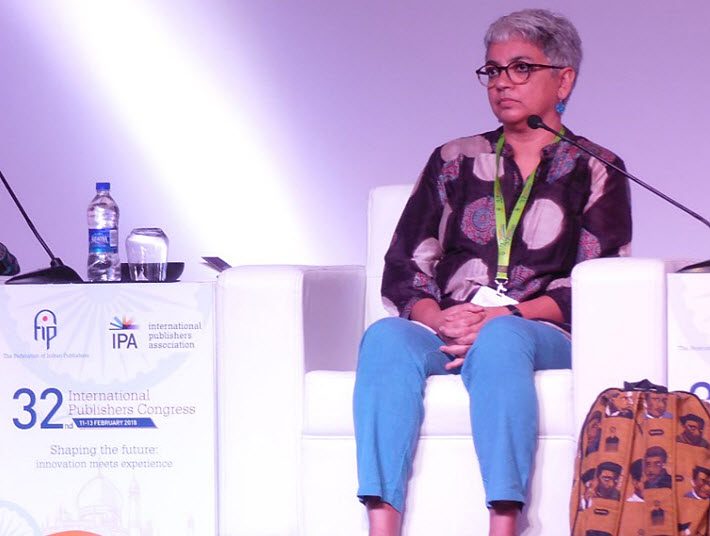 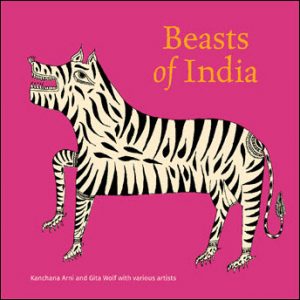 ‘Beasts of India’ from Tara Books

“Creating the readers of the future today,” said Tara Books founder Gita Wolf, “is a much more complicated question than it was. When I was growing up, if you wanted to get out into the world, you read. But today, it’s very different. You have many, many things vying for children’s attention,” the seductions of digital entertainments. “So it’s something you have to put effort into, getting a child to read.

“What’s so challenging in our time is that there are so many easier ways of passing your time now. It’s a bit of an effort to read a book” as opposed to the digitally pervasive alternatives such as film, television, and video games.

“But what I’d argue is that there’s a certain pleasure that you get when you read, certain feelings in your mind, that will stay with you if you get them as a reader when young. And so I’d like to introduce into this session, then, the idea that reading must be thought of as not just text but also visuals.”

What Wolf was promoting was the idea that—as visually drive as so many alternatives to reading are today—it’s important for publishing to embrace the visual nature of so much competing content and to capture the imagination of the young with a strongly visual context to early reading.

“I’d like to argue,” she said, “that there’s a way of ‘reading visuals.’ And in reading visuals, you can start really, really young.” 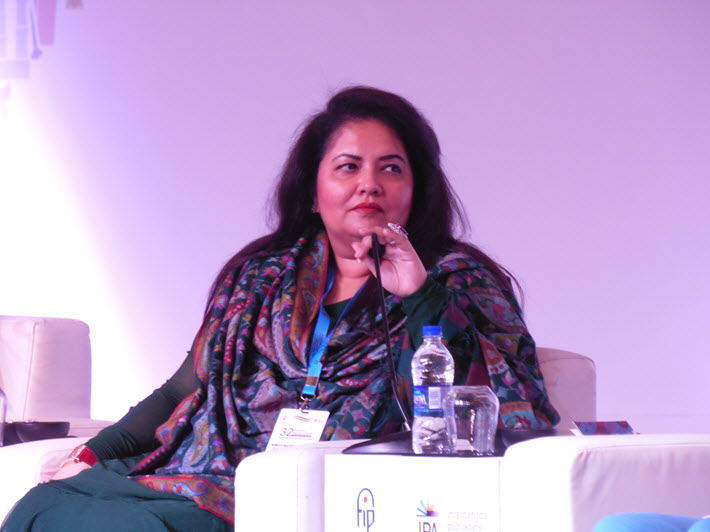 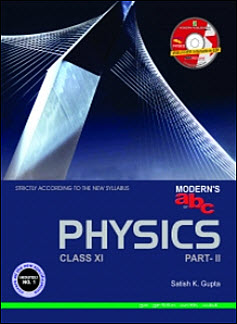 A physics textbook from India’s MBD

Monica Kandhari’s company, MBD Group, was a key sponsor of the International Publishers Congress in New Delhi last month, and its portfolio’s publishing activities make it one of the biggest players on the educational scene in India, with 37 facilities across the country. Corporate materials note that “MBD is the only publishing house which publishes books for all classes, in all subjects, and for all the educational boards in India also in international languages.

“MBD also prints books for technical subjects and children’s books under various imprints, which are popular in India and abroad. The MBD Group has eight state-of-the-art printing presses for printing quality books in various colors, configurations and sizes. MBD is the largest printer in northern India in terms of rated and certified production capacity.”

Kandhari agreed with Wolf that a young starting age in reading is essential, but said that MBD has discovered that in the Indian market, the best possible use of technology is to gather and interpret data in order to better understand what products are working best for students, “what are the bestsellers,” as she put it, “what can we suggest you need for more reading in that space,” what’s being read to best benefit, what level of reading ability and comprehension students are reading—and what they need most to have next from publishing.

“We as publishers,” Kandhari said, “whether with online or physical books, our basic responsibility is to provide good curated content, well-researched.”

Kandhari may have been referencing this when she said that MBD is glad to see the Indian government working to update and upgrade its official libraries. Is this a reaction to the “alternative library” movement created by parents and educators in local communities? 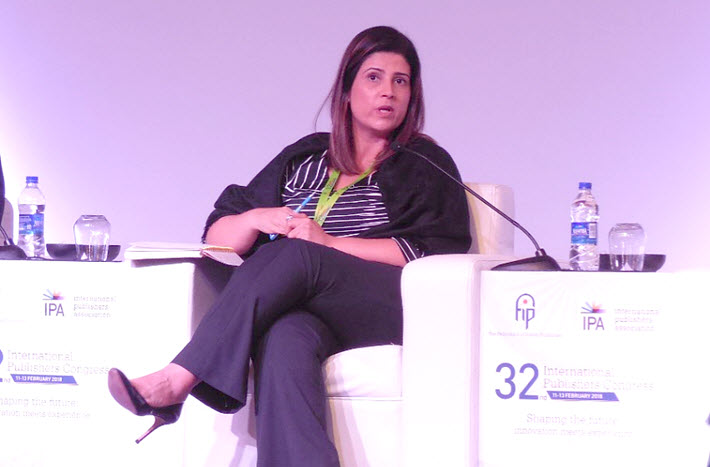 Karine Pansa: ‘The Issue of Literacy’ 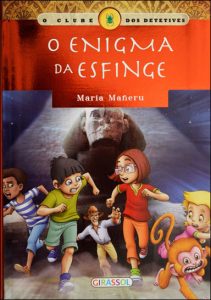 ‘The Enigma of the Sphinx’ from Brazil’s Girassol Ediçoes

“In Brazil,” said Girassol Ediçoes owner and publisher Karine Pansa, “we have a lot of illiterate children. It’s about 30 million illiterate young adults, children, and some others, as well.

“The government is really engaged in trying to help all those children become educated and to have the opportunity to learn more about their culture and environment. In 2006, Brazil started a good program, establishing centers where children can read together with their parents, sharing the content of their favorite books. They can take books home, so they develop both reading skills and comprehension–which is really important. This will support them all their lives.

“So the Brazilian government is working very seriously on this agenda, as so many illiterate people aren’t good for our country.

“I think this issue of literacy is important as a focus today, not only for Brazil but for other big populations, as we see in India and China.” 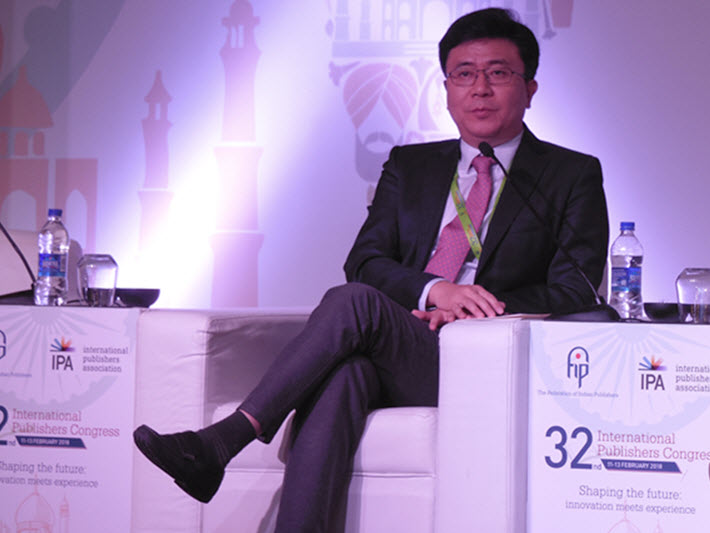 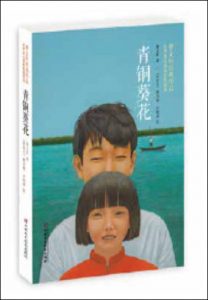 ‘Bronze and Sunflower’ from China Children’s Press and Publication Group

Mingzhou Zhang, general manager of China Children’s Press and Publication Group, got a fun laugh from the conference assembly when he pointed out that just as China represents about one-fifth of the world’s population, he—as the session’s only male speaker—represented one-fifth of the panel. He also pointed out that he and his colleagues on stage were also representative in a way of some of Earth’s most populous markets—China, India, and Brazil, plus the UAE, he estimated, comprise about 40 percent of humankind.

And then he took the session into a meditative, moving commentary about his own upbringing and the gift of his own literacy through the care of those around him.

“And our problem,” he went on, “is how to create the readers of the future. First of all, we create humans. And in terms of China,” he said, the promotion of reading today is a priority. However, this is a change.

“As of 15 years ago,” he said, “not so many people in China could understand a word they read, especially among the young.”

But a grassroots movement took hold, he said. “Teachers, parents, librarians came to understand the importance of reading for young kids. For example, I was born in a very backward and poor countryside, in an area surrounded by mountains. I cannot doubt that without reading I could now sit here and share my experiences with all of you. So I strongly believe in the power of reading.”

Zhang talked of his work with the International Board on Books for Young People (IBBY) and its Hans Christian Andersen Awards program, and of how that experience had made him realize how varied the experiences of different cultures are in terms of developing reading cultures.

“I’ve realized that there’s such a diversity of reading conditions around the world. In Europe, America, Asia, Africa, Latin America, everywhere is different from another. We can’t simply have one standard. Every nation has its own difficulties and advantages.”

This has led him to believe,” he said, that the best thing we can do to create readers of the future is to realize that “the goal is no longer to create one single criterion” for what makes a reading culture successful. “The goal is to recognize the multiplicity” of the world today.

“We must live with one another,” he said. “Learn from each other, be patient, listen to different opinions.”

And one outcome of this worldview, he said, has been the development of the six-year-old IBBY Children in Crisis Fund, which operates in coordination with the Sharjah/IBBY Fund “to promote a culture of reading and provide books for children whose lives have been disrupted by war, civil disorder or natural disasters from Central Asia to North Africa (CANA). 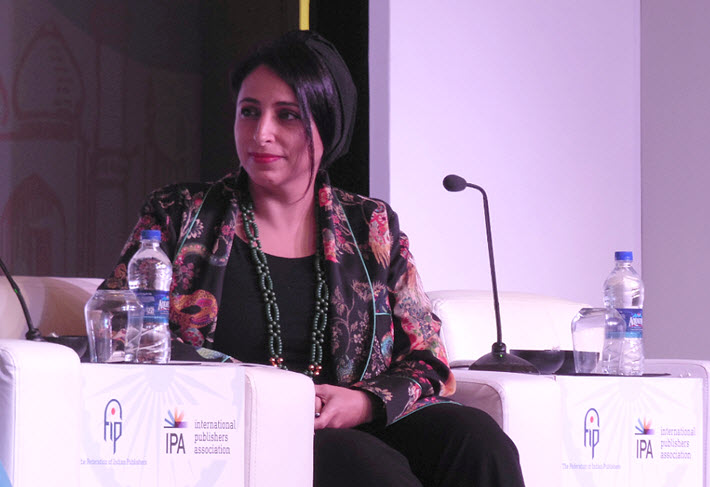 Bodour: ‘The Capacity for Books To Travel’ 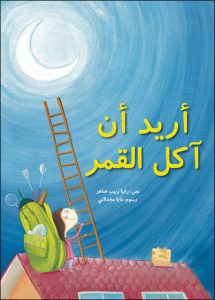 Bodour, a key enabler of the Sharjah/IBBY Fund, then explained that the mission of these crisis funds working in tandem with each other, is a kind of literary outreach to young refugees, made possible though the underwriting of her emirate’s government.

In Afghanistan, for example, books have been sent in to camps along with trained reading and library assistants and storytellers, often operating in mobile libraries, to support the “internally displaced” populations in Kabul, Herat, and Mazar-e-Sharif. Similar efforts have gone into Gaza, Iran, Lebanon, Pakistan, and Tunisia.

And so it became clear that this, too, is what it may take to “create the readers of the future”: direct intervention in war-torn hotspots to ignite, develop and sustain the habit of reading among those young people for whom it’s most violently interrupted.

“I think every day,” Bodour said, referencing a conversation earlier with Wolf, “about the capacity for books to travel.” And here, too, of course, a promise of digital scale and is apparent to growing numbers of people in publishing who, as Bodour said, are working “to create beautiful books for our own markets” but whose best work may find its newest readers in far-flung cultures of people who want to know and understand each other.