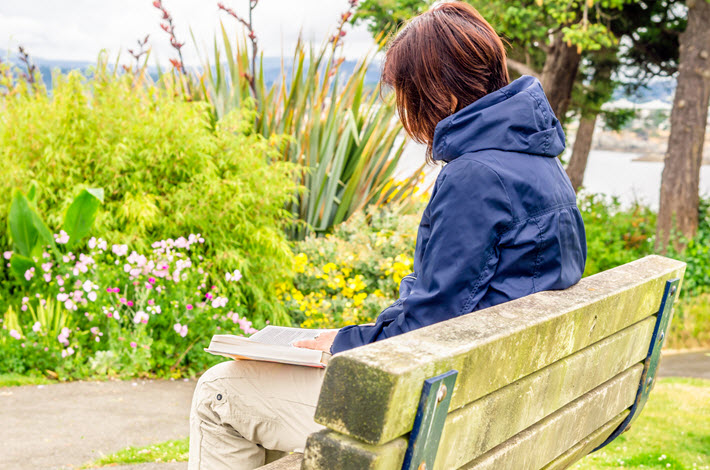 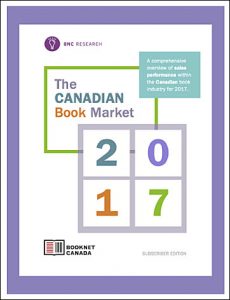 The 2017 Canadian Book Market report from BookNet Canada represents the input of 2,169 book buyers and the sales data of 4,701 book purchases across English Canada.

The analysis by the nonprofit organization reportedly tracks 85 percent of print book sales in the Canadian English-language market, and the full report includes breakdowns of sales performance in more than 50 subject categories.

There also are indicators of purchase drivers. For example, close to 15 percent of respondents told researchers that liking an author was their prime reason for selecting their most recent purchase.

That was followed by:

1. Where Canadians Are Buying Books

Gains in unit sales in the 2017 Canadian market were made online, and by a wide margin over the next most frequently used retail channel, chain stores. The report shows online sales accounted for some 52 percent of overall book sales, an increase of about 5 percent over 2016. The next most frequently used retail outlet for books, some 26 percent of sales were made at chain stores in 2017, a very slight increase over the 2016 percentage.

In fact, bookstores lost a very small bit of ground in 2017, according to BookNet’s report, accounting for about 9 percent of book sales tracked, as opposed to roughly 9.5 percent in 2016.

2. Why Canadians Said They Bought Books in 2017 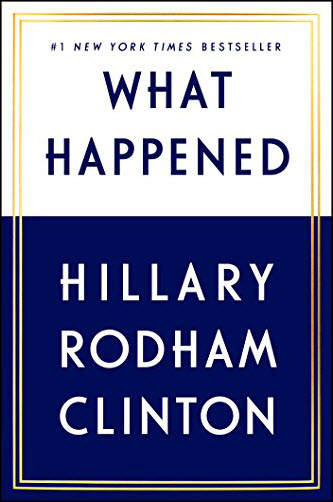 The way the question is asked by researchers in this study, a respondent is asked to identify why she or he bought the most recent book purchase, both for him- or herself and as a gift for someone else. And when it comes to such consumer rationales for buying, by far “reading for pleasure” came out on top, as the answer of 55 percent of respondents buying books for themselves. Some 46 percent chose books as pleasure-reading content to give to others.

One interesting insight into the proximity of Canadian life to the American market and its interests: In the Top 10 list of hardcover titles sold in Canada in 2017, Hillary Clinton’s book What Happened, from Simon & Schuster Canada, cam in No. 7, after Dan Brown’s Origin, the Guinness World Records 2018, Jeff Kinney’s Wimpy Kid The Getaway, and other such popular market leaders. 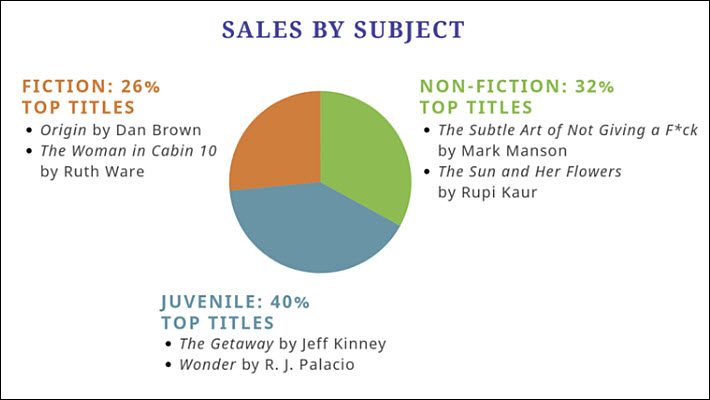 3. Sales by Subject: Children’s & YA in the Lead 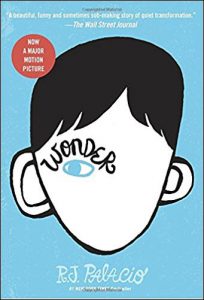 Adult nonfiction (32 percent) overshadowed adult fiction (26 percent) in 2017—and both categories were outdone by titles for young readers (40 percent).

Among the top-selling books for young readers was R.J. Palacio’s Wonder from Random House Canada, the film treatment of which was released in Canada cinemas in November and stars Julia Roberts, Owen Wilson, and the young Canadian actor Jacob Tremblay.

And—as when you look at which children’s books are selling well in almost any market, Jeff Kinney’s Wimpy Kid book The Getaway is waiting for you as a runaway seller.

Also reported in the document were the top publishers by sales across English Canada:

That list is a reminder that “the multinationals,” as they’re called—major publishers, most from the States—are dominant in the Canadian market, which labors in the shadow of the comparatively vast US economy. 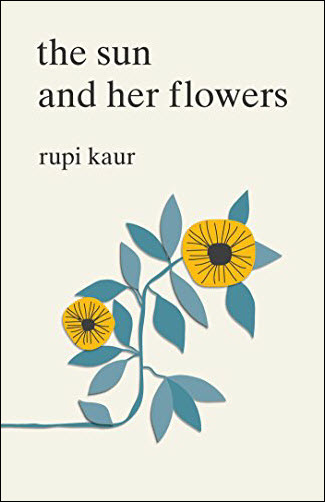 Information prepared for the media from BookNet says, “In 2017, fiction unit sales fell by 8 percent” in Canada, “and saw a 3-percent decrease in value, while nonfiction books saw unit sales increase by 2 percent and overall value go up by 7 percent.

But based in its social-media popularity among younger readers, the “Instagram poetry” craze has been especially acute in Indian-Canadian writer Rupi Kaur’s home country.

“The poetry category continued to experience huge gains,” BookNet’s media material says. “In 2016, poetry sales increased 79 percent over 2015, and this year the units sold increased by another 154 percent.

“This can once again almost entirely be attributed to Canadian poet Rupi Kaur. Her book, The Sun and Her Flowers, sold the second-most in Canada in terms of volume in 2017, and her debut collection, Milk and Honey, also continued to perform well.”

More from Publishing Perspectives on BookNet’s market information is here. And you can download our special magazine on publishing in Canada here (PDF).