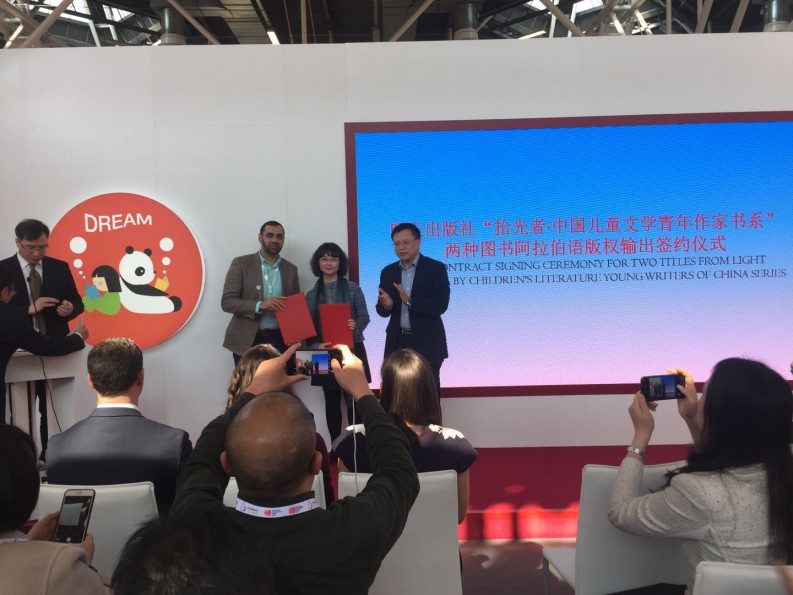 This year’s Bologna Book Fair was a success for the rights department of Tomorrow Publishing House in China. The company celebrated a number of new rights deals with international publishers. 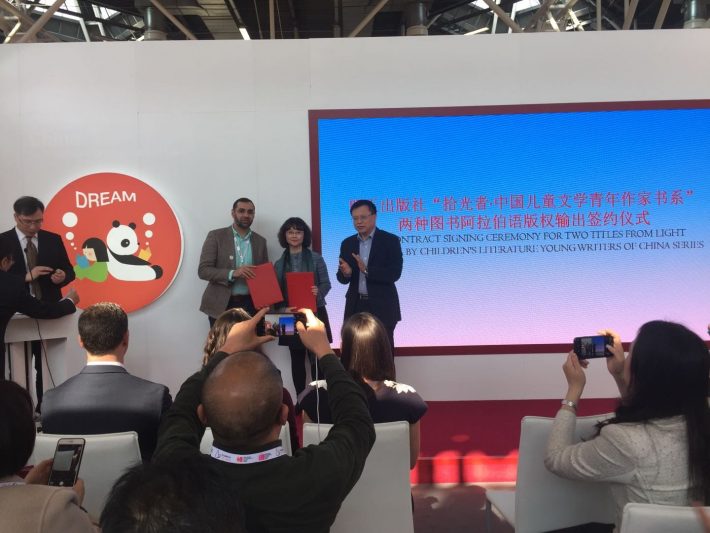 Kuttab Publishing Company is a well-known publishing house in the Arabic world. Mr. Jamal Al Shehhi, president of Kuttab Publishing Company, is not only a publisher but also an outstanding writer. At the event, Ms. Xu Dinan, chief editor of Tomorrow Publishing House said: “We hope and believe that these modern children’s stories sparkling with Chinese cultural characteristics and Chinese cultural wisdom can also be loved by worldwide children because what these outstanding Chinese children’s stories convey is a series of the most basic common values—love, responsibility, dreams, dignity, and friendship.”

During the course of the 2018 Bologna Book Fair, where China was the Guest of Honor, Tomorrow Publishing House also signed more than 10 copyright export contracts. These deals included the Portuguese and Khmer versions of Looking for the King of Fishing by Mr. Zhang Wei, the Nepali version of a collection of stories by Mr. Cao Wenxuan, the Nepali version of Pagoda by Ms. Qin Wenjun, the Arabic version of Writer Ma Xixi and King Fart by Mr. Liu Haiqi and other works.

In previous years at the Bologna Book Fair, Tomorrow Publishing House exported the copyrights of Beautiful Picture Books by Cao Wenxuan, The Maple Forest Ferry, and other works by the winner of the Hans Christian Andersen Award, Cao Wenxuan, in five languages including English, German, and Korean. They also sold the copyrights of works by famous authors including Mr. Zhang Wei, Ms. Qin Wenju and Ms. Yang Hongying into multiple languages such as German, Arabic, English, and Thai.

Tomorrow Publishing House also introduced its translations of many classic children’s books, and their efforts enable the works of authors and painters such as Roald Dahl, Tove Jansson, Christine Nostlinger, and Roberto Innocenti to enter the Chinese market and become important elements of children’s literature for Chinese children.